Two years ago I wrote a post about the responses to Sheryl Sandberg’s book “Lean In: Women, Work and the Will to Lead.” In “Lean In Together,” In “Lean In Together,” I said that it women can’t do all the heavy lifting when it comes to gender equality—that just doesn’t work. Men have to act as well. I explained why in detail, along with the many reasons why a lot of men choose to sit out the gender equality battle and not get involved. 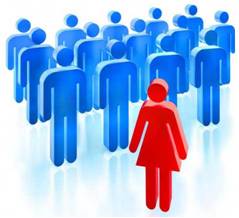 Now, finally, some guys are getting the message about gender equality. Back in December Joanne Lipman wrote an article in The Wall Street Journal called “Women at Work: A Guide for Men.” In it, @JoanneLipman states, “I am convinced that women don’t need more advice. Men do.” And she adds, “They misunderstand us, they unwittingly belittle us, they do something that they think is nice that instead just makes us mad. And those are the good ones.”

Declaring that men need a career guide about women Ms. Lipman provides a list of eight things that men in business should know about the women they work with. If you’re a man, you might be surprised. The eight things are:

Last week Joann S. Lublin reported in The Wall Street Journal that “Men Enlist in Fight for Gender Equality” and explains why men are joining the networks of corporate women. Hooray! Clearly, not enough men have gotten the message, though. Both articles reference Mike Kaufmann, finance chief at Cardinal Health Inc. If one guy is getting all the publicity, clearly the field of men who know how to work with women isn’t too crowded. There’s no bench strength—at least not yet.

At Cardinal Health, some women resisted having men involved but, “Mr. Kaufmann contends that men must be highly involved to change the balance of power in senior management.” He’s right. It only makes sense to understand that change has to come from where the power resides—and that’s with the guys who run American business. Expecting professional women to drive corporate change all by themselves is like expecting people of color to defeat racism on their own just by leaning in or trying harder. These are systemic problems and everyone in the system must participate if anything is to change.

Which doesn’t mean that we’re asking men to give us something that we haven’t earned or that we want special treatment—although that’s the take some angry men get on this issue. Many articles have been written on the best way to manage the Millennial generation and ensure that they stay happy and productive in their jobs. Somehow, this is seen as good management, not special treatment, probably because a lot of the Millennials who don’t buy into the old management style are men.

Quite a few of the comments that follow Ms. Lipman’s article highlight this reaction. One said, “Some good knowledge in this article, but ultimately, ladies (women? gals? Hell, I don’t know!) you need to man up if you want to succeed in a man’s world, or you need to start your own business.” And that’s the point in a nutshell. Men expect women to behave like men, communicate like men, react like men, and speak like men because work is still a man’s world. This attitude denies the benefits that can come from exploring different ways of doing things in the business arena and making the most of all the resources at your disposal regardless of gender.

Besides, refusing to recognize the differences between women and men is like putting the same equipment in bathrooms and insisting that we all just pee like men. 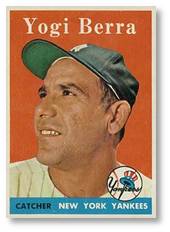 I also got the impression from reading the comments that quite a few men don’t like the way they’re treated in the work world either. Instead of working together with women to change things, however, they get angry at the women and want them to put up with the same abusive conditions. In a variety of ways they’re saying, “If I have to take it, so do you!” Go figure.

We now know that adding women to management and to corporate boards tends to increase profitability in a company. How long is it going to take for more men to follow Mr. Kaufmann’s lead on gender equality and start working cooperatively with women instead of dismissing them for not acting like men? As Yogi Berra once said, “I wish I had an answer to that because I’m tired of answering that question.”