Anger has been on my mind lately. Not because I’m angry—I’m actually quite happy—but because the subject of anger has been popping up in a variety of places.

It started a few weeks ago when one of the contestants on Survivor, a woman, watched two men going at one another verbally without letup. “I did not think that blue-collar people were emotional,” she said. “But watching these guys, they do have emotions.” That got me thinking about men and emotions, particularly anger in a corporate setting.

We all know that men consider women to be highly emotional, mostly because we let those emotions show. Sometimes it’s in the form of tears which men see as a sign of both emotions run amok and weakness. We can’t “control our emotions” the way men do. I once explained to my boss, the VP of Marketing, that women don’t cry out of weakness. We cry mostly because of two things: anger and frustration. This was a revelation to him but he later admitted that it came in handy in a different job when he called his first staff meeting and everyone around the table, all women, burst into tears. Instead of being at a loss, as most men are when they encounter crying, he knew what questions to ask.

Anything but an Emotion 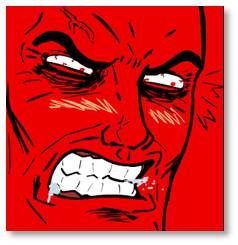 But male anger is a totally different thing for the simple reason that they turn it outward instead of inward–which means that men don’t see their anger as an emotion. For them it’s a response, a behavior, a manipulative tactic, a justifiable reaction, a strategic approach, a controlling mechanism, a purposeful deflection—anything but an emotion. Anger is OK for men. They understand it and respect it. They know what to do with it and how to react to it. Thus . . .

Next I read about two new studies, “Anger Kills: Seventeen Strategies for Controlling the Hostility That Can Harm Your Health,” by Redford Williams and Virginia Williams and one published in the European Heart Journal: Acute Cardiovascular Care. The conclusion from both: being angry—and showing it—it is really, really bad for your health. (It’s bad for everyone around you, too, but angry men usually aren’t too concerned about that.) 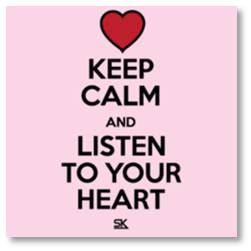 A recent article “Angry Outbursts Really Do Hurt Your Health” by Jeanne Whalen in The Wall Street Journal says, “New evidence suggests people increase their risk for a heart attack more than eightfold shortly after an intensely angry episode. Anger can also help bring on strokes and irregular heartbeat, other research shows. And it may lead to sleep problems, excess eating and insulin resistance, which can help cause diabetes.”

Last year CBS News ran a story by Ryan Jaslow that was based on a study from the Harvard school of Public Health, “Researchers found in the two hours after an angry outburst, a person’s risk for a heart attack increased nearly five times and their risk of stroke shot up more than three times, compared to when patients were not angry.”

So we have medical proof that demonstrating anger in any setting is dangerous for the angry male who lets it all hang out. We’re all familiar with the TV and movie stereotype of the furious man who gets red faced, clutches his chest and falls to the floor with a heart attack. Turns out it’s not so far from the truth. In real life it may take a couple of hours to go from one to the other but the result is the same.

Will this make any difference? Heck, no. Angry men like their anger. It makes them feel strong and powerful. It allows them to feel like they have status and importance because the people around them are cringing away, avoiding them, or running weeping from the room. Like mob bosses, they confuse fear with respect and anger with power. Their anger may come back and bite them but, in the meantime, they enjoy the way it makes them feel and how it allows them to control others.

But there are consequences and I learned about them early on in my career. I remember the man in my fourth example, who had just taken over the department and was making many of us miserable. He went off to the company sales meeting and did not show up at breakfast the first morning. He also didn’t answer his phone or come to the door. When one of his staff and the hotel manager went in to check on him they found him cold in his bed. Because of his anger, he never got to enjoy his new position, the title, or the increased salary that went with it.

So much for power and respect.