I grew up hearing this phrase, associated with my tendency toward youthful bad decisions. My Dad invoked it when my actions resulted in negative outcomes, bringing me up short in the glare of parental discipline. 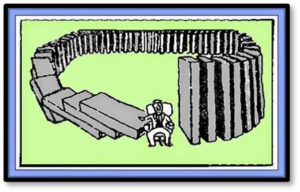 Curiosity led me to research the origin of this phrase, feeling it had a broader history than my teenage transgressions. It’s no surprise to find its roots are grounded in government and economics.

Reading the historical origins, I understand Dad’s fondness for the phrase and his attempts to broaden my thinking. With degrees in politics and International Relations he grasped this concept all too well.

The law of unintended consequences, often quoted but seldom explained, is based on the actions of people—especially those in government— resulting in unanticipated or unintended situations.

When impulsive or emotional decisions are made (or not made) there are consequences. Without considering their long-term impact, such actions often create bigger problems than the decision makers originally faced.

Economists and social scientists understand and respect the power of the unintended consequence. Think Climate Change. For years scientists elevated the need to stop the worlds temperature from rising by more than 1.5 ° Celsius. Not only has this imperative been ignored but reports suggest we are heading towards a 3° Celsius temperature increase.

Politicians and laypeople with uninformed opinions deny or oppose such warnings, prompting ambiguity and under-communicated facts. In this case, a failure to act leads to unintended consequences. Those who agree but neglect to act also share responsibility for climate-induced droughts, wildfires, rising seas, and disruptions to agriculture and ecology. Deniers simply claim it’s the Circle of Life. 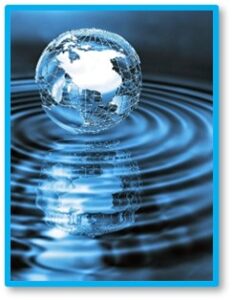 Actions rarely have a single consequence. Over time, they ripple outward and what was assumed to be insignificant turns out to be substantial. We don’t always know when the consequences have run their course. The reality of the ripple effect is that a small difference often makes a big difference, and not always in a good way.

The organization or the person that throws the stone is forever connected to it. A single action—positive or negative—causes change to ripple across the world.

The Story of Fukushima

On March 11, 2011, a 9.0 magnitude earthquake shook the ocean floor off the coast of Fukushima Japan—the fourth largest earthquake ever recorded. Within eight minutes a series of tsunami waves reaching a height of 33 feet swept six miles inland, killing over 19,000 people and severely damaging the Fukushima Daiichi Nuclear Power Plant reactors. 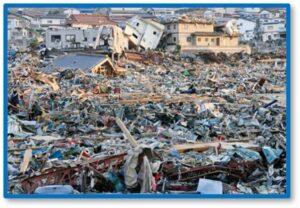 Fukushima after the 2011 tsunami

Within three days the cooling systems failed in three reactors and their cores subsequently overheated, leading to partial meltdowns of the fuel rods. Massive quantities of radioactive material leaked into surrounding areas, including the Pacific Ocean.

The public demand to discontinue nuclear power within Japan was overwhelming. The government promised to suspend all 34 of its plants and by 2013, Japan was free of nuclear power.

It’s counterintuitive to think two or three years ahead when nuclear disaster strikes. But in Fukushima researchers knew shutting down the power plants would lead to more problems than it solved. The failure to consider the effects of shutting down the reactors invoked a ripple effect, filled with unintended and sometimes fatal consequences.

A Cure as Bad as the Poison

The decision to shut down the plants created a new problem: how to generate enough power to replace the closed plants. Nuclear power provided more than 20% of the country’s electricity. The government turned to fossil fuels, mobilizing and building coal plants.  Meanwhile, the disruption in the power supply caused an increase in the cost of electricity.

The fallout from these unintended consequences led the Japanese government to reverse their decision and in 2018 they began re-activating their nuclear reactors.

None of us have the ability to see the future with enough clarity to predict all the effects of an action—good or bad. We can plan, but there are a million ways to manipulate facts and details to derive a desired outcome without considering its long-term impact. 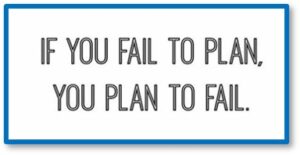 Whether hindsight proves us right or wrong we can still regret making a choice, and making a different or opposing choice does not guarantee the absence of consequences. Our best-laid plans can end up with results—consequences—we did not see coming.

I hear Dad asking my teenage self, “Did you give any thought to this decision before you made it?” And in the deafening silence that follows, “Exactly. Your failure to think it through invoked the law of unintended consequences, and here we are.”

Here we are indeed.

1 thought on “The Law of Unintended Consequences”