Yesterday I read an article on LinkedIn by Liz Ryan of @humanworkplace called “Horrible HR Policies to Nuke in 2015.” It’s a good read as Ms. Ryan lists ten truly awful policies that most of us have suffered through in our careers as managers pressured to implement them, as employees forced to endure them, or both. She comments that, “We have brainless and insulting policies that don’t help our businesses in any way, yet they remain in place.” Sure they do. Inertia is one of the most powerful forces in the universe, second only to denial. 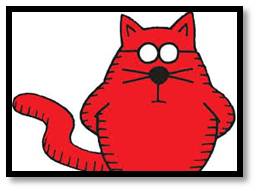 Policies like these are why Scott Adams created the Pointy-headed Boss and Catbert, the Evil HR Director for his cartoon, Dilbert. They’re what fuel some of Stanley Bing’s very funny columns in Fortune magazine. What I wonder, however, is where these ten stupid, counterproductive, and soul-sucking policies came from in the first place.

Having many times scratched my head at the twisted logic behind procedures that I was required to implement, I can offer my own ideas on their origin. Basically, it breaks down into eagles vs. turkeys—but not in the way that you expect.

Management trends come and go, fueled by the latest must-read business book or an article in Fortune, Forbes, Business Week or The Wall Street Journal. The authors have One Big Idea, which may start as an article and then gets inflated into a book that gets reviewed in the business journals, that spins off into speaking gigs. The authors go on the circuit to conferences, sales meetings, trade shows and retreats all over the country.

For audiences, the One Big Idea has the ring of truth or, at least, of truthiness. The executives eat it up, never once thinking that, if these authors were really smart, they would be running their own companies and making millions in salary and stock options. The execs, come back and tell their senior staff, sometimes handing out copies of the book for mandatory reading, like Moses bringing the tablets down from Mount Sinai.

Sometimes the Vice President of Human Resources knows the One Big Idea is a bunch of hooey—and possibly dangerous hooey at that—but also knows better than to point that out. There is, after all, no profit in pointing that out. Alternatively, the HR VP may pick up his or her own Big Idea and persuade the CEO to try it.

Then the buzz words begin rolling throughout the company—and across corporate America—like bowling balls: the tipping point, the inflection point, lean and mean, zero-based budgeting, management by walking around, management by objective, closing the innovation gap, downsizing, outsourcing, offshoring, benchmarking, core competencies, and many, many more. Not all of these are HR concepts but the ones that are land squarely on HR to implement. 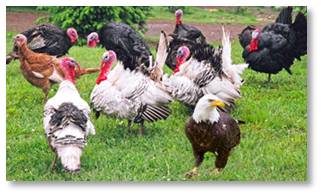 The senior executives who typically pride themselves on “flying like eagles instead of flocking like turkeys” adopt these trends because the Big Idea:

The rest of us get to deal with the consequences, all the while appearing to support the latest fad because doing anything else is career suicide. First comes the meeting at which the One Big Idea is passed down, followed by guidelines and HR presentations at staff meetings. Questions get answers but detailed inquiry is not encouraged because the One Big Idea is going to be executed—regardless of whether it makes sense, actually works, drives away the best people, costs a lot of money or gums up the works to the point that everything slows down or stops functioning altogether. Sigh

It has long amazed me that the very men (statistically they are almost always men) who see themselves as leaders and eagles are so eager to adopt the latest trend and the buzziest buzz word from others instead of promoting their own. 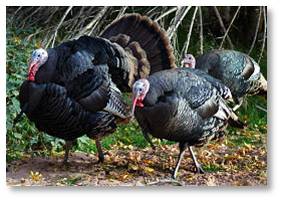 “Eagles don’t flock,” they say. Well, yes, but eagles don’t actually lead, either. Eagles are out for themselves, whether by killing their own prey or scavenging wolf kills. I’d rather trust the gobbler walking in front of a flock of wild turkeys because he at least has the well-being of the entire flock in mind. Wild turkeys are actually very large, very smart — and a force to be reckoned with.That gobbler knows how to find the best food, get the flock across the street safely, and avoid the predators. He knows how to lead.

Eventually, the One Big Idea is either proven to be fallacious and abandoned or it simply peters out, dying a well-deserved death. Then it’s replaced by the next one. And the circle goes around again.

If you are a CEO, VC, or board member, by all means continued reading @Fortune, @Forbes, @BusinessWeek and @WSJ for insight and inspiration. You might even add @StanleyBing for a reality check. But the next time you’re tempted to bring a Big Idea into your company just remember three simple things:

Don’t let them down.