“It is not the strongest or the most intelligent who will survive but those
who can best manage change.” ~ Charles Darwin

Truer words were never spoken.  When it comes to adapting, the workplace is one of today’s biggest challenges.  The landscape of business, especially the high tech industry, has transformed itself in how and where we work; with dramatic changes in the past ten years. 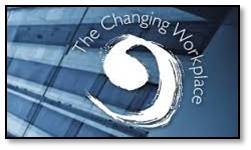 New management theories, technologies and skills arrive at warp speed, but they do not affect everyone the same way.  As children of the digital age, millennials know nothing else.  To them, this is the business world.  The boomer generation—those of us whose careers began before personal computers were commonplace—personify the adapt-or-die principle.

As we entered the workforce we took our cues from senior colleagues by emulating them in a very fundamental way.   We dressed like them.  Women and men wore conservative business attire, dress shoes (the origin of my love affair with stilettos) and a conservative demeanor.   Going to work meant arriving at a specific location and working on a specific project with the same group of people each week.  Personal computers, cell phones and telecommuting were still a gleam in the developer’s eye.

I am part of the 46 million active members of the Boomer generation work force.  We are in between the getting-ready-to-retire 80 million Boomers and their 78 million children—our millennial colleagues.  Our differences are highlighted by our comfort levels and expectations of technology.  This generation of the workforce is smart, tech savvy, grounded and fearless.  They are the ones we emulate now and we can learn from their less rigid work styles and open minded engagement.  I rely on them to keep my head above the technical water line.

This shift in the force creates a new reality for 50 somethings; whether you are individual contributors or managers.  The most powerful generation since the Boomers will not be found wearing a suit and tie.  They wear jeans, sneakers and tee shirts and are connected to the world 24/7.  They give new meaning to the phrase head in the clouds.  It is where they live, work, and communicate. 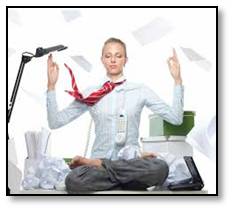 Today’s job market reflects a mix of these generations.  We share more differences than similarities and our workplace reflects a melting pot of inter-generational dynamics.   Millennials, born between 1977 and 1997, grew up with computerized technology.  Baby Boomers, born prior to 1964 had to make a significant investment in computer literacy when high tech came to the desktop. Today people live longer, and remain in the work force longer, which means this diversity among age groups will not only continue, it will increase.

A side effect of remaining in the workforce longer is reflected by changes to our personal lives.   We are the older workers.  We have to bring our A Game or risk the perception that we have less to contribute.   Boomers have responsibilities that are foreign to millennials, like caring for aging parents, our own health—often perceived as a liability—and planning a retirement very different from the one our parents enjoyed.  We are at greater risk financially and occupationally when change occurs.  Sometimes a willingness to adapt is not enough.

In today’s business world adaptation is more than an attitude, it’s a behavioral skill. Those who are skilled at adapting to change are driving the success of the organization.  Change will come, and it will steamroller those unwilling or unable to adapt.  It is not a case of being thrown under the bus by younger and more tech savvy colleagues; it’s more like standing in the middle of the road while the tech bus is speeding towards you.  Adapt or die.

At its best, change brings anticipation and tools to improve the existing model.  At its worst it is fear driven, infecting our self-confidence by creating emotional and professional inertia that inhibits forward movement.  Some people handle change better than others.  How we respond to it will define our career path and keep us at the top of our professional game. 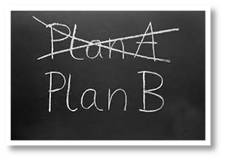 Change happens, and whether it involves new business models or migrating from Outlook to Google, humans are hardwired to be guarded and resistant.  Millennials seem less fearful; with an inbred ability to roll with it.  They have less to lose and more options in front of them.  Older workers can be perceived as inflexible and unable to adapt to new ideas.   They are expendable during layoffs and downsizings, and not even considered when a new position becomes available.

Changing the Way We Change

One of the most significant transformations in the business arena has been the rate of change itself.  It took 38 years for radio to acquire 50 million users, and only three years for Facebook to reach 100 million.  Today technology transformation has one of the highest rates of change, driven by a culture that accepts it as normal.

Much of it is led by employees, using technology in their homes to set work standards and defining end-user content for business models.  If you doubt this, look no further than the iPhone with over 50,000 applications and Facebook, now a business social media anchor along with Twitter and LinkedIn.  Businesses are changing the way they do business, and we must change and adapt at the same pace.

Get Ready for Generation Z

Born after 1995 into the digital age, Generation Z are the children of the technology revolution.   The concept of managing change will come full circle with this group of ‘screenagers’ who make up an estimated two billion of the world’s population. They have never known a world without the internet, lived through their parents financial recessions and layoffs and suffer from FOMO—fear of missing out. They are the most information-intensive generation of all and will redefine the impact of change in the workplace. 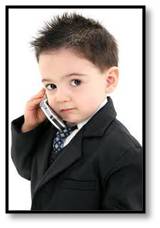 Desktop and laptop computers, smartphones, tablets and some type of gaming device are components of their daily lives.  Crowdsourcing, open-platform education and data streaming are not innovative technologies, they are simply tools used to solve problems.  Their generation has been shaped by a post-9/11 culture that knows recession, terrorism, foreign wars and violence. Their infrastructure is hand held, and they represent tomorrow’s CEOs and customers.

Generation Z are the change makers. They are not an extension of Generation Y.   Profiled as financially conservative, they practice a lifestyle of diet and exercise, work to protect natural resources and are socially responsible.   The Zs forego texting in favor of images, icons and symbols and identify with dystopian worlds portrayed in movies like The Hunger Games and The Giver.

Companies will be challenged to meet the needs of this generation by offering radically new   technology that supports their way of thinking and working.  Remaining ahead of the technology change curve now rests with the employer.  Generation Z will define innovative ways of communicating and collaborating.  Businesses at the top of their game will learn and adapt from them.  The ones that fail to measure up will fail to survive.  It’s a brand new day in the high tech neighborhood.

I wonder what they’ll be wearing.