Looking Behind the News

When I watched the news broadcasts about mass shootings from Virginia Tech to Aurora to Newtown, I looked behind the killers to see parents in great distress. They knew their son was ill: not right, disturbed, not himself, strange, unpredictable, possibly dangerous. My heart went out to them. They were struggling to cope with that behavior and figure out what to do, how to help their son while protecting the rest of the family from his behavior—and doing it pretty much on their own. Today, very little help is available to people who need to deal with mentally disturbed family members.

Exactly how little there is has been documented in an article in the June issue of Mother Jones by Mac McClelland entitled, “Schizophrenic. Killer. My Cousin.” It’s a long article, but riveting. Also very frightening.

Resources for treatment of mental illness in America have been declining since 1963, two years after a joint commission of the American Medical and American Psychiatric associations recommended removing the mentally ill from large institutions and mainstreaming them into society. Patients were supposed to receive outpatient care from community services in local facilities such as half-way houses. It sounded like a good solution to folks on the left, who believed that people with mental problems “should not be committed, medicated, or treated against their will unless they’re a danger to themselves or to others.” It sounded great to folks on the right who wanted to reduce the size of government and lower everyone’s taxes.  But a funny thing happened on the way to mainstream utopia: states opened the doors of their mental hospitals a lot faster than anyone expected and the community resources to replace them were never hired, built, or funded.

Where Do They Go? 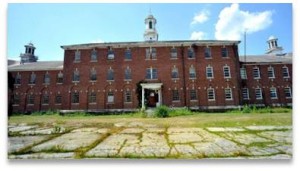 It’s ironic that Newtown, Connecticut was once the location of Fairfield Hills State Hospital, a psychiatric hospital that housed 4,000 patients–and also employed 20 doctors, 50 nurses and 100 other employees. It was created in 1931 due to overcrowding at two other state hospitals and closed in December, 1995.

So where do the mentally ill go today? Into the streets, onto heating grates, under overpasses, into homeless shelters, and—most of all—into jail. When faced with a child whose behavior has become erratic, unpredictable, sometimes violent and increasingly dangerous, parents often have no option but to call the police. Law enforcement has become a path of admission to psychiatric facilities, should any still exist near the family or have room to take in someone new. Often the case is neither.

Here’s where one kind of denial kicks in. Parents have enough trouble admitting that their son is ill and possibly dangerous to himself, to them, to his siblings or to his classmates.  It’s a tough line for anyone to cross. To then have to call the cops on your own kid triggers a stronger denial, one that says, “We can take care of it,” or “He’s not that bad—yet.” It takes a special kind of clear thinking to pick up that phone and watch your son being taken away in handcuffs.   What makes it worse is that the statistics are not good for mental patients in police custody. Law enforcement officers are, after all, not educated, trained or equipped to handle the mentally ill. They aren’t doctors or social workers. They have guns, not psycho-active drugs. So parents try to keep the lid on, struggling harder and harder every day until things finally blow up. What happens next is something Psychiatrist E. Fuller Torrey calls, “a predictable tragedy.” It’s a term he applies to, “the Gabrielle Giffords shooting the Virginia Tech massacre, the Aurora movie theater shooting, the Sandy Hook elementary school shooting, and dozens of other recent homicides, some of them famous mass killings or subway platform shovings, but many of them less publicized.” Dr. Torrey estimates—conservatively—that 10% of US homicides are committed by the severely mentally ill who go untreated.

A Special Price to Pay 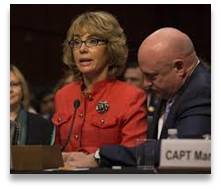 There’s a price to be paid for America’s second kind of denial, that of the need to treat the mentally ill, and many people are paying it every day. They include the mentally ill themselves as well as those close to them. We can as a country stick our heads in the sand and refuse to pay for doctors, treatment facilities, social workers, and medication. But we’d still be kidding ourselves. We can no longer afford to ignore treating the mentally ill.

Ms. McClelland’s article makes the point that jailing our mentally ill is not cheap. In it, Randall Hagar, director of government relations for the California Psychiatric Association, says, “Two to three thousand dollars in treatment saves $50,000 in jail.”  And that’s just the cost of incarceration. What about medical costs for people who have been injured?  How much did it cost for just Gabby Gifford’s treatment and therapy? What about funeral costs for those who have been killed? Does anyone total up what we pay as citizens and as a country as a result of such violence?

Some people who read this might think it’s not something we should be talking about.  They might chastise me for stigmatizing the mentally ill, which is not my intention. Denial doesn’t solve problems and we have a big problem in this country. I’m glad that Ms. McClelland wrote this article and @Motherjones published it. Because ignoring our problem with the untreated mentally ill has only made it worse and bigger. Continuing to ignore it will bring us more predictable tragedies.