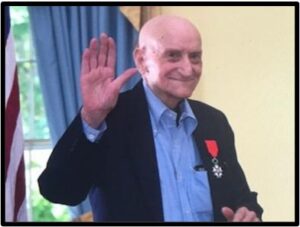 My dad is a frequent topic in my blog posts. When he passed away last November I wanted to write about him but struggled to find the words. How do you summarize the life of a man who lived 100 years? There are too many accomplishments and no space large enough to list them.

My  four siblings and I are separated by twelve years and each of us knows and remembers him differently. Today I’d like to share a few of my memories of the man I called Dad.

Dad was a quiet man with a deep and abiding faith. He was an old school Catholic who loved the solemnity and cadence of Latin mass and the solitude of the rosary. He believed in the power of prayer—especially in a fox hole—and credits his longevity to his faith.

He did not suffer fools gladly and raised me with a strong sense of accountability and responsibility. He taught me the importance of integrity, trust and respect. He was a harsh disciplinarian but—and I say this in hindsight—I usually had it coming.

He valued hard work—there are no slackers in our family. There were lectures emphasizing the importance of education, serving one’s community and country and experiencing cultures outside of our own. A curious mind knows no limits is a phrase I heard often.

Dad’s achievements are numerous but his devotion to my sister Angela and his soldier’s commitment to our country are truly remarkable. 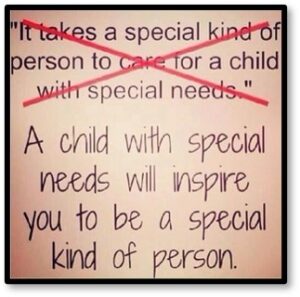 My sister Angela was born with Down Syndrome at a time when extraordinarily little was known about the condition. My parents learned everything they could, becoming strong advocates for her throughout her life. They folded her into the family, raising her no differently than the rest of us.

After she was born, mom decided not to return to work. Her finely honed nursing skills did not go to waste. She fired up a  needle and syringe like the best of them, with diagnostic skills better than many doctors. She was the glue that held our family together. As a soldier Dad went where the Army sent him.

Mom died twenty years ago, making Dad and Angela a team of two. Her unexpected death left a hole in our hearts and lives. We worried about Dad; afraid he could not care for Angela without Mom, but he surprised us all.

He became a devoted single parent, evident in the large and small ways he connected Angela to a life filled with joy.  He championed her artistic abilities, cheered her pursuit of a black belt in karate and participation in the special Olympics.

As they aged, the dark specter of dementia came for both of them. Dad was 95, but Angela was only 52. Their move to assisted living provided the help he needed to maintain her care until he passed away.

The French Legion of Honor

My Dad wore the uniform of a United States Army officer and served his country for thirty-three years. Like many of the greatest generation, he did not talk about his experiences, specifically Normandy Beach and the Battle of the Bulge.

At the age of 94 his battlefield service was recognized with the French Legion of Honor Medal. Established in 1802 by Napoleon Bonaparte, it is the highest distinction that can be conferred on a French citizen or foreigner.

Each year a maximum of 2,800 recipients can be inducted, including 320 foreign citizens. The award cannot be applied for; French ministers identify potential honorees, working within the political framework of the honoree’s government to confer the medal.

While membership in the Légion is technically restricted to French nationals, every U.S. veteran who risked their life during World War II fighting on French soil may be considered for this distinction. They must have fought in at least one of the four main campaigns of the Liberation of France: Normandy, Provence, Ardennes or Northern France.

Those selected are appointed to the rank of Knight of the Legion of Honor. Honorees must be living to be nominated—the medal is never awarded posthumously. Dad’s was formally presented by the French Consulate General on Bastille Day in 1995.

A Man of Few Words 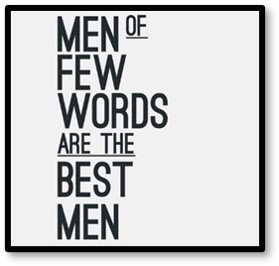 My father was a man of few words, and he did not waste them.  I envy his writing and speaking abilities. He was a great educator and storyteller, and young people remained his favorite audience. Dad never stopped learning. After his death I read papers he authored while completing graduate degrees in Education, International Relations and Guidance and Counseling.

His commitment to higher education and continuous learning rubbed off on his children and grandchildren. I often found him immersed in books on theology or history. He loved the poetry of Robert Frost and read two newspapers every day. Dad enjoyed classic movies and WWE wrestling and knew the lines and the moves by heart.

The Legacy of A Life Well Lived

My Dad’s greatest gift is reflected in his desire for us to live a life filled with purpose. He encouraged me to develop beliefs and values that would influence my decisions, shape my actions, and determine my priorities.

He encouraged us to chart a course filled with curiosity, passion and joy. The proof that he succeeded is reflected in his children and grandchildren. His legacy is manifested in our sense of humor, and love of learning. He showed us the joys of music, travel, and art along with the preparation and pleasure of a good meal.

His influence shaped our work ethic with the understanding that to whom much is given much is expected.  My father lives on in all of us as we continue to celebrate a life well lived.

5 thoughts on “A Life Well Lived: Remembering My Dad”