CareerCast has issued its report on the ten most stressful jobs, ranking 200 professions that are on the Jobs Rated report using 11 stress factors: (CareerCast’s methodology can be found here.)

And here are the 10 most stressful jobs:

To no one’s surprise, the four most stressful jobs are enlisted military personnel, firefighters, airline pilots, and police officers. These are all people whose lives may be on the line at any time and who take responsibility for the lives of others. It’s why we have such respect for soldiers who march into harm’s way and first responders who go running into crisis situations while the rest of us are running away.

It’s stressful jobs number five and six that surprised me. I’ve done them both so I’m familiar with the stress levels; I just didn’t realize they would score so high. CareerCast attributes the high scores for event coordinator to meeting high expectations and achieving a successful result. For public relations executive it’s tight deadlines and handling crises. Those criteria are all true and valid. But a few other factors come into play as well. Here are some that I’ve experienced while coordinating corporate events.

He’s convinced that he can make a decision at the last minute and everything will come off just fine. Time slips away while you’re acutely aware of the million details and myriad decisions that need to be made between now and opening day. You also know those delays will increase costs. But you can’t make up his mind for him. 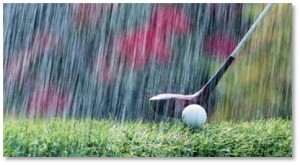 Florida in July will present problems of its own: high heat and humidity, rain, air conditioning cranked to Arctic levels to dry out the air, etc. The result: delayed flights, uncomfortably cold meeting rooms, closed swimming pools, soggy golf courses, and unhappy people. But your boss has always wanted to have a meeting in Miami so . .

You respectfully show him the budget, the bill for the changes he wants and the delta between them. You show him the estimated cost overrun and how that will affect the year’s marketing budget. He smiles and nods, picturing the perfect event. It’s all good until after the conference. Then the CFO storms into his office and you get called on the carpet. He ordered the changes, he approved the decisions, he enjoyed the perks but now, somehow, you’re the one who is unprofessional and incompetent. You’re the one who can’t plan correctly or stay on budget. 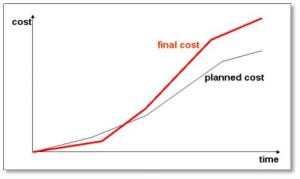 Stressful? Yeah, just a little. Especially since you know what’s going to happen. You can see that bus coming right at you and, despite your best planning and detailed documentation of the revisions, additions and upgrades that broke the bank, there’s just no way to avoid it. It’s his job to protect you, of course. As an executive, he’s the one who’s supposed to stand up and say, “I did it. I ordered all this extra stuff and it cost money. Don’t worry; we’ll economize somewhere else.” But that’s a scary thing to do and it might mean he doesn’t get that promotion he’s angling for. So you take the heat.

Is it any wonder that event coordinator is so high on the list? Sure, it’s not the same as going into a burning building or getting into a firefight but it sure does raise the adrenaline levels. The next time you attend a conference or company meeting, take a moment to thank the event planner who put it all together. A little appreciation can go a long way toward reducing some of that stress.

2 thoughts on “10 Most Stressful Jobs”