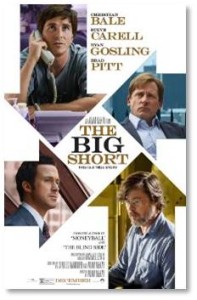 I read The Wall Street Journal every day—a habit I developed when I worked for Dow Jones in New York—but I try to read the editorial and op-ed pages sort of between the lines. In fact, I read them with a two-part hermeneutic of suspicion. The first part is awareness that the conclusions in any given editorial or op-ed article are the ones the journalists are leading me to “discover.” The second part is my stepping back from the article to ask how and why these efforts were made.

So when I noted not one but several op-ed pieces in @WSJ on the new movie, “The Big Short,” I paid attention. Most of these articles were not reviews of the movie. To the contrary they disparaged the movie for a variety of reasons that were designed to make the reader believe that it’s bogus, not based on reality, totally flawed, and to be viewed with distrust. Phew! That’s a lot of editorial baggage to attach to two hours of big-screen entertainment.

But why all that attention? Hmm. Here’s where the suspicion kicks in.

Pulling Back the Curtain 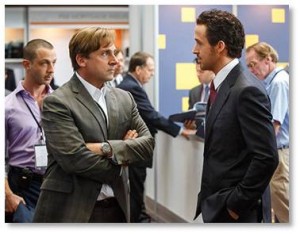 I got the answer when we saw The Big Short this weekend: it pulls back the curtain on several things The Wall Street journal would rather we not know about the causes of the real estate crash that led to the Great Recession. They are:

What They Want Us to Believe

To be clear, this post is not about what caused the Great Recession or whether sub-prime mortgages were the main cause. I’m supremely unqualified to analyze any topic either financial or economic. No, this post is about why one of the world’s most prestigious newspapers felt it necessary to write multiple articles trashing a movie.

It’s funny to watch the WSJ tripping all over themselves trying to prove that this movie—and a comedy at that—got it all wrong. Chill, guys. You’re giving yourselves away with all the agita about the whether The Big Short is factually correct.

It’s not that they are missing the point, though. it’s that they want us to miss the point. What’s the point? Well, I don’t have Anthony Bourdain in a kitchen or Margot Robbie in a bubble bath to explain it so I’ll have to make do.

The Wall Street Journal’s editorial page (as opposed to its news pages) is in the propaganda business. They are owned by Newscorp, which is in turn owned by Executive Chairman Rupert Murdoch. Mr. Murdoch also owns Fox News. Anyone who has ever watched that media outlet knows full well that they are an unfair mob of bullies, unbalanced in many senses of the word, and afraid of anyone who doesn’t agree with their agenda. 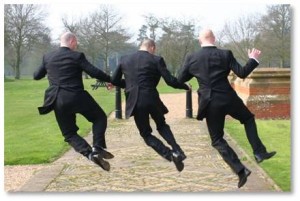 Mr. Murdoch is the premier propagandist of the 21st Century.  No one else comes even close so he’s not accustomed to being challenged. When he says, “Jump,” the editorial teams at The Wall Street Journal and Fox News fall all over themselves to leap as high as possible. Their goal is to present his position as Gospel truth to people who accept it completely and at face value as the “real” story — because Fox News told them to.

Now, nothing makes a propagandist angrier than someone out-doing him in the business of promoting lies, half-truths and distortions that get people to see things in a different way. A group that has succeeded in spinning things on the big screen, in an entertaining way, with A-list actors and a good script has outdone The Wall Street Journal, Fox News and Rupert Murdoch in a big way. That, as we say here in Massachusetts, is a wicked pissah.

Rooting for the Orcs

When we saw The Big Short, the theater was crowded with grownups who took the movie seriously enough to discuss it in groups afterward, standing in the rows, in the lobby and on the sidewalk outside. The whole prospect of millions of people hearing another side of the story and taking it seriously would give Rupert Murdoch fits. 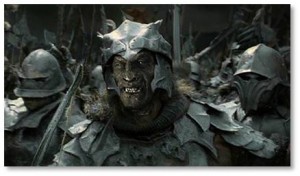 It’s ironic that the protagonists—one cannot say heroes—of The Big Short are the very men whose short selling made the financial cataclysm much worse while earning millions upon millions for themselves. They got rich and everyone else in the 99% of ordinary folks — that’s you and me — got screwed, blued, and tattooed.

Yet one finds oneself in the theater backing the very men who helped push the United States economy into the abyss. It’s like seeing The Lord of the Rings from Sauron’s point of view and rooting for the orcs to destroy Middle Earth.

Go to see The Big Short, by all means. I recommend it as a movie, as a comedy, as entertainment,as a corrective to the propaganda we’ve been fed about the Great Recession, and as a jolt to the psyche. Listen to the message. Look behind the curtain. Then think for yourself.

And it’s true that the perpetrators have not gone to jail.