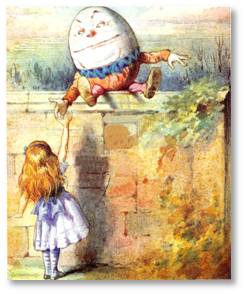 Sometimes I hear people speak, whether in real life or on TV, and I have to perform what I think of as simultaneous translation from the English word they are actually using to the word they should be using. They seem to think words mean whatever they want them to, as if they were fungible instead of precise.

I find myself doing this kind of translation a lot when I listen to @ChrisCuomo on CBS This Morning, although he is far from being the only offender, particularly among TV “newscasters.”

These must be the people who horsed around in English class and then went onto make a living in communications. Or, like Humpty Dumpty in Through the Looking Glass, they think that a word “means just what I choose it to mean—neither more nor less.”

I guess I’m not the only one who picks up on these abuses of the English language because a recent article in Buzzfeed by Patrick Smith listed “15 Words That Don’t Mean What You Think They Mean.”  These are:

@psmith does a very good job of explaining the true meanings of these words and why they are not interchangeable. I would like to add six more. These are my own personal bugaboos, the mis-usages that make me cringe like fingernails on a chalkboard when I hear them, along with contributions from Dana Biello and Morgan Kaplan.

What you think they mean: The same thing

What they actually mean: These are two different parts of speech. Bandy is a verb that means to give and take in an exchange of words or to discuss in a casual manner. Banter is a noun that means good-humored or playful conversation. It does have a secondary meaning as a verb so it is possible to “banter an idea around” but, well, I grit my teeth when I hear it.

What you think they mean: The same thing. People also combine them, most commonly as Jerry Rigged.

What they actually mean: These terms are very different. Jerry built is a construction term that means to build shoddily, flimsily and cheaply. This is a bad thing. Jury rigged is a naval term that describes temporary repairs to a ship. It is defined as “to build or put together (a simple device or structure) using the materials that you have available.” This is often a good thing, as when a crew uses its ingenuity to put together a rudimentary sail that replaces one that has been destroyed by a storm. You can see a good example of jury-rigged sails in the July 14 episode of The Last Ship. The bastardized term “jerry rigged” is meaningless.

What you think they mean: The same thing. People also combine them, most commonly as Set in Stone. The intent is to convey permanence or the idea that something, once established, cannot be changed.

What they actually mean: Carved in stone means to do exactly that, as in carving names and dates on a tombstone or distance on a milestone. Set in concrete means to create a patterned form into which concrete is poured. To set something in stone is a physical impossibility as human beings don’t pour stone into forms as we do with concrete. If you have developed the technology to pour stone, please send me a video.

What you think they mean: The same thing. But these two words aren’t even close.

What they actually mean: Emanate means to come or send forth as from a source, as in “The force field emanated from the Romulan vessel.” Emulate means to strive to equal or excel, especially through imitation, as in “The bridge crew tried to emulate Captain Picard’s quiet authority.”

What you think they mean:  The same thing. But, again, they’re not even close.

What they actually mean:  A moot was an ancient English meeting and a moot point is one that is arguable or subject to discussion or debate. Law students also argue in a moot court where they try hypothetical cases to practice the law and gain experience. Mute refers to someone who is unable to speak or who refrains from producing speech or vocal sounds. So a person who is mute would have nothing to say in a moot court. 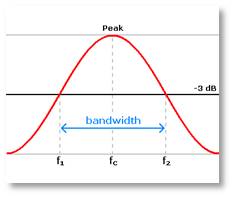 What you think it means:  You don’t have time to complete a task. Fairly smart people use it incorrectly because they don’t understand the scientific definition.

What it means:  1.The range of frequencies within a given band, in particular that used for transmitting a signal. 2.The energy or mental capacity required to deal with a situation. The first time I heard this in a non-engineering context was when a co-worker commented that her American Express card didn’t have the bandwidth to handle an expensive purchase.

Do you understand that words mean what they mean? Do you have your own simultaneous translation bugaboos?  You probably do. If something sets your teeth on edge, send it along and I’ll add it to the list.

3 thoughts on “Words Mean What They Mean”