Over the years, there has been a never-ending debate as to which was better: consoles or gaming PCs. Both of them have their supporters, so it’s obvious that they each have perks. However, this article isn’t meant to strike a balance between both of them. The goal is to discuss reasons why you should consider a gaming PC over a console. Keep on reading! 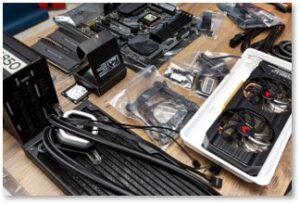 If you decide on building your gaming PC, you will have the chance to determine where and how much you’d like to invest in the computer. Some gamers prefer to invest in high-end computers while also deciding to run the newest game releases with the maximum settings. As for others, they can decide to get budget PCs and only upgrade when it is absolutely necessary. This kind of freedom isn’t available when you get a console.

This is one of the factors that gaming PCs are superior in. High-end gaming PCs can normally run games with 4k resolution from sixty FPS (frames per second) to 240 FPS. This is something that no console will be able to provide you. Granted, the basic and entry-level gaming PCs will struggle to match the visuals of the best consoles, but a high-end gaming desktop will trump the visuals of any console. 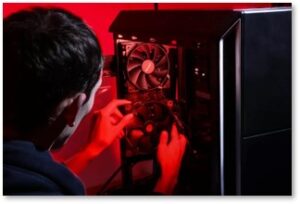 Due to having a lot of high-quality components, a gaming PC will have an all-around better performance than a console. This will subsequently translate to a more seamless gaming experience. Due to these quality components, gaming PCs naturally have higher frame rates and better graphic visuals. In addition to this, PC games come with customizable settings that allow you to change visual graphics display so as to accommodate the hardware of your PC—thereby ensuring it is possible to maintain a usable frame rate.

Gaming PCs have a wider catalog than consoles when it comes to different games to play. These games range from browser games to MMOs. Some exclusive games are available on certain consoles that can be played on PC, such as World of Warcraft, League of Legends, and Baldur’s Gate 3. Additionally, a lot of independent and amateur game developers release their games on PC. Most console games will have to be purchased from their official store, and PCs have their own stores like Steam, Epic Games, and EA Origins.

Even though gaming PCs can be quite expensive, purchasing one will ensure that you don’t need to bother yourself about getting a new console seven or eight years down the line just so you can play the newest games at that time. You will be able to upgrade your PC to go with new developments. This will ensure that you can use it for a long period.

A gaming PC isn’t just that. It can also be used as a regular PC. This is one of the major advantages it has over a console. You can use it for work and school. You can also perform tasks like video and photo editing, web design, AutoCAD and design applications, etc. Due to your gaming PC being a high-end machine, it will be capable of almost anything.