“Call it a clan, call it a network, call it a tribe, call it a family. Whatever you call it, whoever you are, you need one.” ~Jane Howard

A family is a curious thing.  If you think yours is unusual, it probably means you’re normal. 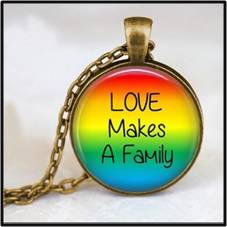 Growing up in the boomer generation of the 50s, I believed the definition of family consisted of two married parents: the Dad, also known as the breadwinner and the Mom, a.k.a. the homemaker. That was then.  Today only 22 percent of American children live in this kind of family.

Boomers helped to change the definition of family.  We challenged traditional models as we began to champion a woman’s right to pursue an education and career outside the home and a man’s right (some say obligation) to share parenting responsibilities. But that was just the beginning.

Over time divorce and living together became commonplace. The definition of family expanded to include single parents, unmarried parents, interracial and same sex partnerships and interracial adoption into white families. Diversity became the new normal.

There are different ideas of what a makes a family because there are so many different ways to be a family.

We have our DNA family—the one we are born to; and we have family we get to choose.  I am doubly blessed. I love my DNA family but we are not perfect.  My siblings do not live near me; we are not close the way families within driving distance are and we don’t visit or talk often. But if I needed them, I am sure they would be here. Pretty sure. Maybe. Or not… 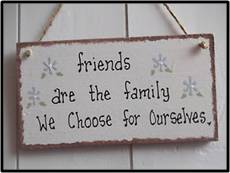 I chose the family I married into, and my circle of extended family and friends is large and diverse. They are family by choice but we share bonds of love that unite us as only family can. My family is black, white, gay and straight, single and married, widows, widowers, and all the variables in between.  My children’s friends and my friend’s children count as part of my family.

No definition of family is guaranteed to be successful just as none is destined for failure. Success is determined by how we function on the inside rather than how we look from the outside.

Hawaiian’s call it Ohana. It is family in the extended sense; blood relatives but also those formally and informally adopted into our life. It means nobody is left behind.

The outdated concept of a ‘nuclear family’ is fading but we still face the harsh reality that, while the definition of family has expanded; institutions and laws have been slow to follow. Many workplace policies reflect draconian thinking from a time when men dominated the workforce. State and national laws granting equal rights for women and same-sex couples, including marriage, have taken close to fifty years.

One of my Ohana sisters and I have been friends for over forty years, standing with each other through more highs and lows than we can count. When her marriage ended and she and her husband (also my friend) parted, they did so in the best possible way.

They made their children the highest priority in their lives; they were role models for what we now call co-parenting. These children, now grown and with children of their own, are testimony to what can be accomplished when hearts and minds are open.

It Takes a Family

While they co-parented they also moved on with their lives—he to a lovely woman who became his wife, she to a beautiful same-sex partner who became her wife.  People I loved married people they loved and my family grew. Ohana. 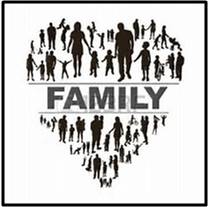 These two families blended, continuing to support each other and raise their children, sharing the large and small aspects of family life. They met things head on. When illness and ultimately death crept into this family, they faced it the same way—together.

In addition to the beautiful children they raised, there is another, perhaps deeper testimony to all of them. As we gathered for her former husband’s funeral I sat next to my forever friend with the service program in my hands. I read about his life and noted these words, “…his loving wife of 21 years, and his former wife and friend…”  Truth.

Families are, at best, a mixed bag. In addition to providing love and affection, a sense of identity and a feeling of belonging, families create intellectual and spiritual beliefs to help kids make sense of the world they live in. They create rules and establish boundaries that develop behaviors and skills for getting along in our complex and often judgmental world.

A 2012 study by the Pew Research Center reported the majority of American kids under 18 are not being raised in a “traditional” family. Over fifty percent are being raised by single parents, cohabitating parents, stepparents, gay parents and even grandparents. That’s not weird, it’s the new normal.

The take-away is this:  traditional families are a misnomer. There is no typical American family anymore. The new definition embraces the welfare of children combined with parental support and love, not with sexual orientation, race, identity or age. How you conduct yourself within that model is what influences your children’s development, self-esteem, and happiness.

It doesn’t matter what your family structure looks like, it is still a family. When you are there you are home.

“What if the mightiest word is love?”
~ Elizabeth Alexander