Skip to primary content
Yesterday was the third Saturday of lectures and demonstration tours for my tour guide training class at @BostonbyFoot. Nearly 30 volunteers are learning about history, architecture, land building and other required subjects to become docents for BBF. On the first Saturday we learned about Colonial Boston and went on the Heart of the Freedom Trail tour. Last week we listened to lectures about Federal Boston and took the Beacon Hill tour. 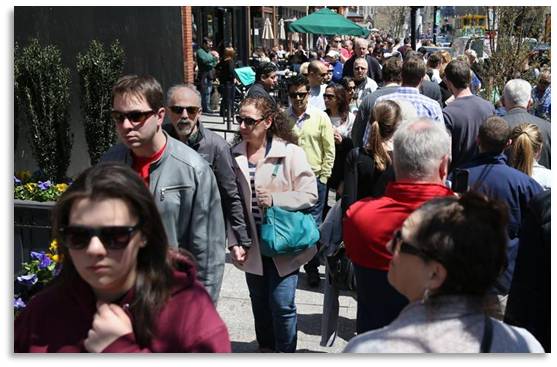 Yesterday was special, though. We BBF trainees spent the morning absorbing a huge amount of information about Victorian Boston in the South End and the Back Bay. Then we went on the Victorian Back Bay tour.  Broken into several small groups, we met with our teacher/guides in Copley Square on the steps of Trinity Church. It was the first time I had been in that neighborhood since the bombings and I was astonished. There were so many people flooding Boylston Street and Copley Square that it looked like the marathon had just ended. There were people strolling, riding, shopping, admiring the tulips, pointing cameras, and taking in the sun. On our way walking there and on my way walking back to the car, I saw four weddings and a quinceanera. The people of Boston were out in force, reclaiming the city from the bombers and the terror they sought to inflict.  This was a vital, personal demonstration of what we mean by #BostonStrong.

The World in Boston

But it’s not just the people of Boston and not just the people of Massachusetts who were saying we are all Boston Strong. Boston has more colleges and universities than any other city in America. Students come to these institutions from all 50 states and many foreign countries. Everyone was out in the Back Bay yesterday:  people of all ages, all colors, all manner of dress, and all economic groups.  There were Boston Strong and Wicked Strong tee shirts mixed with marathon jackets and @RedSox gear. People came into Boston and to Boylston Street to make a statement about the importance of freedom and to demonstrate solidarity. Everyone shopped in the stores and ate in the restaurants that were closed when the whole area was locked down. I heard stories of people leaving large tips—one man left $100—to help out the servers who had lost a week of income. Jars were stuffed with donations to the One Fund Boston, which has raised nearly $27 million so far. 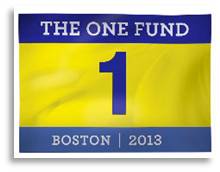 It was a great day—if exhausting.  I covered a lot of territory, but on a beautiful spring day in Boston that’s a pleasure.  The people I saw in the Back Bay yesterday made it a wicked good day.