News happens and things change. Sometimes it’s for the good, sometimes not so much. Here are updates to 4 posts: the good, the bad and the ugly.

The Martian Comes to the Big Screen 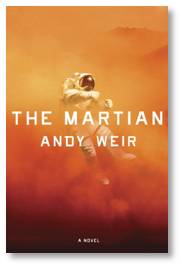 When I wrote about Andy Weir’s amazing book, “The Martian,” I did not know that it would be turned into a movie. That post, “Survival on the Red Planet,” and its sequel, “And While We’re on Mars” are consistently among the five top-viewed posts in The Next Phase blog. Who’d a thunk it?

More good news is that the film version of The Martian stars Matt Damon and was directed by Ridley Scott, both known for the high quality of their work. It is due out around Thanksgiving.

Having watched the trailer and the “news clip,” which are getting strong visibility on social media, I am confident that @martianmovie will be at least as good as the book. This is encouraging not only for the movie business but for the study of science as well. To survive, protagonist and astronaut Mark Watney declares, “So, in the face of overwhelming odds, I’m left with only one option: I’m going to have to science the shit out of this.”

To survive, he does exactly that. As I noted back in April of last year, the book, “demonstrates how to make science not just interesting but gripping. A savvy science teacher could build an entire course around this book, touching on many different types and aspects of science.”

Science fans are already pointing, however, out that the “fierce” storm that aborts the mission and leaves Watney stranded on Mars could not actually happen given that Mars has 1% of earth’s gravity and the strongest wind ever recorded is 60 mph. (Note: Humans have been recording Mars weather for a very short period of time.) Mr. Weir says he was aware of that but couldn’t think of another reason to create this particular scenario. I’m willing to extend disbelief to get the story moving. And I’m really looking forward to seeing The Martian on the big screen.

Most of all I’m excited by a movie in which the protagonist is a smart guy who MacGyver’s his way to survival. TV has given us programs about smart people (Numb3rs, Elementary, Person of Interest, MacGyver, etc.) but we haven’t seen this level of real, accurate science in the movies often—if ever. We’ll see what Neil De Grasse Tyson has to say about it.

When I wrote the post “Fight Arthritis with Food,” I was out ahead of the curve. This week Al Roker’s Kitchen Challenge on the Today show interviewed dietitian Joy Bauer about foods that reduce inflammation, help mitigate migraines, fight insomnia and lower blood pressure. Watch the video and learn what to eat (It’s all good!) to feel better. 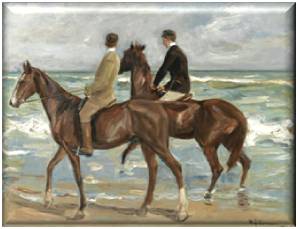 Max Liebermann’s Nazi-looted painting, “Riders on a Beach,” is going up for auction this month so David Toren and other heirs can share the proceeds. Kelly Crow in The Wall Street Journal doesn’t expect it to break Mr. Liebermann’s $3.4 million auction record. The painting’s history might have some impact on the price at auction, however. Get out your checkbooks.

Middle East Respiratory Syndrome (MERS), which I have written about several times, has leaped, via airplane, from Saudi Arabia to South Korea. Ten people are now dead and two clinics have been forced to close with staff, patients and visitors going into quarantine. There have been 122 confirmed cases and 3,800 people have been quarantined since the outbreak began. It started with Patient Zero, a Korean man who flew from Qatar to South Korean on May 4 and began showing symptoms of the disease on May 11. He visited four hospitals in search of a diagnosis — but neglecting to mention his trip to Saudi Arabia — thus infecting people in the health care community before MERS was confirmed on May 20.

There have been 1,271 cases and 448 deaths, mostly in the Middle East, since the disease was first identified. It has a mortality rate of 38%.