A variety of scandals concerning sexual aggression in the workplace has consumed our attention over the last year. Celebrities, elected officials, top executives and very rich men have either toppled from power or chosen to step down before their misdeeds became public knowledge.

Reading between the lines, however, we discover a few things about our workplaces that have received less attention—or none at all. Here are three of those lessons:

1. Management has tolerated this for a very long time 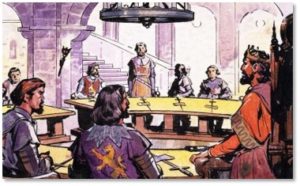 For decades, executives have promoted the steps they have taken to make their companies safe, diverse workplaces in which employees can prosper and rise to greatness.

This message is part of the business world’s worship of leaders—a philosophy that has allowed them to puff up their chests with self-importance and garner huge pay packages from acquiescent boards.

At the same time, they have tolerated—and perpetrated—acts of sexual aggression that have kept female employees from moving up in the hierarchy, at best, or driven them out of the company and destroyed lives and careers, at worst. They have excised and minimized sexual aggression or swept incidents under the rug entirely. They have used company money to pay off women who threaten to sue and company legal departments to bully women into silence.

2. Human Resources is not your friend.

I say this with a snarky smile because I have sat through more HR speeches than I care to remember about how they put the employee first, how they offer the first line of defense for an employee with a problem, how caring and concerned they are about employee safety and success.

But the Human Resources Department really serves as the Kingsguard for senior management. Oh, they will do the right thing if the problem is simple and easy to solve, especially if it deals with inter-department issues or small company policies. 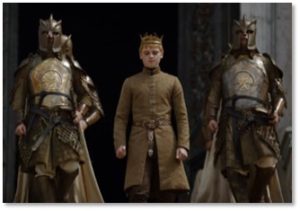 Everything changes, however, when the problem threatens (1) senior management, (2) profits and revenue, (3) the company’s brand and reputation, or (4) internal employee productivity. Once the problem touches one of those live wires — as sexual aggression does — HR dons its armor, picks up its sword and goes to battle on behalf of management.

Any employee stupid or naïve enough to trust HR is asking to have his or her head served up on a silver platter. Despite all the good words Human Resources hands out, and even though individuals might actually mean some of them, they will never put their own jobs and careers on the line to defend an employee.

When claims of sexual aggression first came to public knowledge, with executives and celebrities like Roger Ailes and Bill O’Reilly of Fox News, one of the defenses/explanations/rationalizations/excuses (take your pick) was that these were men of a different generation. They rose to success, we were told, with the understanding that power came with a certain droit du seigneur that allowed them to touch, grope, and proposition, as well as threaten, bully and extort sexual favors from women in the workplace. It was their genetic right. 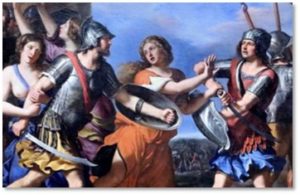 Now, however, we have the sordid example of Vice Media, a “cutting-edge” global media company that produces content for major outlets such as HBO. With its headquarters in newly hip Brooklyn, not Manhattan or Los Angeles or Washington DC, Vice Media was founded and is run by men in their twenties, thirties and forties.

They are young enough to know better but these men used their power to get the same things that older executives wanted—sexual gratification. Both CEO Shane Smith and co-founder Suroosh Alvi have apologized for the company’s “boys’ club” culture and admitted that:

“from the top down, we have failed as a company to create a safe and inclusive workplace where everyone, especially women, can feel respected and thrive.”

So now we know that age is neither a barrier to nor an excuse for men behaving badly. 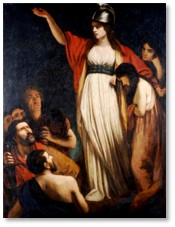 The bottom line is that, wherever men have almost unlimited power and no check on their behavior (See #2 above) they will start thinking with their little brains. And their little brains tell them to act on their hormones and for their own personal gratification.

The only solution—the ONLY solution—is for companies to put women in positions of power. New policies and procedures won’t suffice. Expensive studies with high-powered consulting firms (run by men) won’t give them the answer. Blaming Human Resources won’t change anything.

They have to hire and promote women into senior executive positions. Not only are women less likely to be driven by hormonal, little-brain thinking, they are less likely to tolerate it in others. I can’t imagine any of the female VPs I have known holding a department party in a strip club or using their travel expense account to hire a male prostitute. Those rare women paid more attention to business than to monkey business.

I know this is a real challenge but things are changing. More women are running for office. Actresses will reportedly wear black to the upcoming Golden Globe awards to protest sexual aggression. Some male actors have announced that they will do the same. While that’s not a big change—most of those tuxedoes are black already—it’s a step in the right direction.

Now business needs to step up. The time has come. Let’s see some action.

1 thought on “Three Lessons About Sexual Aggression in the Workplace”