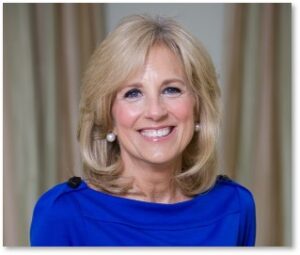 On Saturday, The Wall Street Journal printed an op-ed piece by Joseph Epstein entitled, “Is There a Doctor in the White House? Not if You Need an M.D.”  In it, a man with a bachelor’s degree saw fit to instruct Dr. Jill Biden that she should stop using Dr. in front of her name because she earned a Ph.D., not a medical degree.

Mr. Epstein, who received a Bachelor of Arts in absentia from the University of Chicago in 1959 assumed the authority, without superior academic credentials, to pronounce Dr. Biden’s degree “fraudulent” and “a touch comic,” He also dipped into priviliged-white-man territory by calling the soon-to-be First Lady, “Kiddo.”

Now, misogyny at The Wall Street Journal is nothing new. Even by their standards, however, this frivolous piece takes the fruit cake. Mr. Epstein spends most of it dismissing the value of doctorates by attacking honorary degrees, which has nothing to do with the topic of his piece. A good Creative Writing instructor would have given him a C grade for rambling and irrelevant content.

Only at the end does he deign to acknowledge that Dr. Biden earned her degree through hard work. That comes right before Mr. Epstein tells her to “please consider stowing it.” He advises Dr. Biden to, “Forget the small thrill of being Dr. Jill, and settle for the larger thrill of living for the next four years in the best public housing in the world as First Lady Jill Biden.” 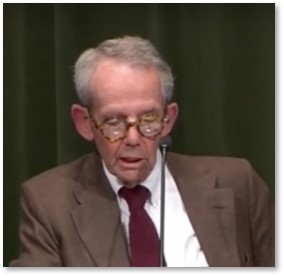 In confess to not being upset when I read this idiocy while eating breakfast. It was so of a piece with other WSJ op-ed drivel that I didn’t think it was worth commenting on. Many newspapers and social media sites did—and with outrage.

Other WSJ readers had different reactions, though, and they didn’t hesitate to express their opinions To The Wall Street Journal’s credit, they printed many of them under the headline, The ‘Dr.’ Is in—the Next First Lady Earned It.”

I doubt Mr. Epstein expected this kind of push-back when he wrote his snarky little piece. I’m sure he thought it was funny—in a patronizing and condescending sort of way. The Wall Street Journal’s editors probably saw it as a suitably underhanded way to attack the incoming Democratic administration.

Mansplaining to the First Lady

The author clearly thought he had the right to mansplain to a woman with more professional and educational cred than he why she should divest herself of a well-earned honorific and settle for one acquired for her by her husband. Yeah, right.

The Wall Street Journal’s readers would have none of it. They declared that she was right to be proud of her personal accomplishments. And that Mr. Epstein was “sexist,” “misogynistic,” ignorant, “unqualified,” and pretentious. Exactly.

The communications teams for President-elect Biden and Dr. Biden responded in her defense, as anyone would expect. Michael LaRosa, Dr. Biden’s press spokesperson, wrote, “If you had any respect for women at all you would remove this repugnant display of chauvinism from your paper and apologize to her.”

But the best rejoinder came from Pete Buttigieg’s husband, Chasten, who Tweeted, ““The author could’ve used fewer words to just say ‘ya know in my day we didn’t have to respect women.’”

And how did Dr. Biden react? By ignoring Mr. Epstein completely, which is what he deserves. She Tweeted: “Together, we will build a world where the accomplishments of our daughters will be celebrated, rather than diminished.”

So how did The Wall Street Journal’s editors respond to all this criticism? Following the lead of their favorite President, they went on the attack. In Monday’s editorial, “The Biden Team Strikes Back,” Editor Paul Gigot dismisses the Biden Team’s response as “very Trumpian.” 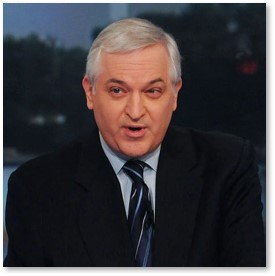 Because they defended the First Lady-elect, Mr. Gigot decided they were “sexist.” Really. This is Big Brother at most insidious, twisting the meaning of words into their opposite. Clearly in his mind, women cannot defend themselves from a sexist attack without becoming the sexist ones.

Mr. Gigot actually asked, “Why go to such lengths to highlight a single op-ed on a relatively minor issue? The answer has two parts: “Because we defend our own,” and “Because a major publication patronizing the future First Lady is not a minor issue.” Although I can see how, to a rich white man, it would be.

He also defends use of the word “kiddo” because Joe Biden uses it. I guess it’s then okay for us to refer to First Ladies whom we have never met as honey, sweetie, poopsie, mother, darling, and other personal terms. You know, like how men talk to waitresses in a diner.

So here we are, at the end of 2020, still talking about mansplaining, misogyny, male chauvinism and other behaviors that should have faded away decades ago. Somehow, it seems an appropriate way to end this particular year. As Suze said yesterday, it’s been a “really horrible, terrible no-good year” and we are glad to see the end of it.

I only wish we could see the end of male privilege along with it. Wouldn’t that be something?