This morning I put on my tallest boots and set out on a major hike to fill the bird feeder. Why a major hike? Isn’t the feeder right outside? Well, no.

The bird feeder hangs from a pine branch near the stone wall that separates my condominium complex from the Charter Oak Country Club. I set it out there for two reasons: (1) There aren’t any trees closer to the door that are big enough to hold it, and (2) The pine branches protect the songbirds from the depredations of hawks, which would otherwise treat the feeder as source of McTweety takeout food.

During the summer I get up there by boosting myself up the retaining wall and then making the short walk past my garden to the stone wall. When the ground is covered with snow, however, the route changes. I walk two buildings down to the Landing, our communal clubhouse, and around the end of the retaining wall, then back to the feeder. Last winter that was all right. OK, I didn’t put the feeder up until March, so I never had to contend with the major blizzard that dumped all over us soon after we had moved in. At that point, I was still unpacking boxes and the birds were on their own.

Path of the Expedition: The Landing is the building at the end of the wall

This year, getting to the feeder has become more and more difficult. Yesterday I didn’t even try. But after a day of melting and a night of rain, I thought the snow would have gone down enough to be reached without snowshoes. Wrong! For most of the trek, it was still up well above my knees.

Having embarked on the expedition, however, I kept slogging along one step at a time. For most of the way I could follow a deer trail, being careful to step over their scat. The deer come out of the golf course and appear to bed down behind the unit next to the Landing. There are so many hoof prints and oval depressions in the snow back there that it looks like they have set up housekeeping but without paying the maintenance fee. When I got closer to the feeder, I began to see the coyote prints. They probably came to get bird seed (and some leftover movie-theater popcorn) from the feeder but I doubt they could reach it. 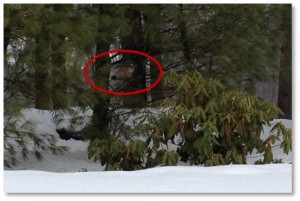 Mission accomplished, I slogged my way back home where I exchanged my soaking wet jeans for dry ones, thinking This is ridiculous.

Return of the Polar Vortex

I would like to believe that the worst is over and, with the last week of February coming up, we’re on the downside of winter, but no. Our old friend the Polar Vortex has been recharging its batteries in the Arctic and is going to swoop back down on us next week like, well, a hawk on a birdfeeder. Jeff Masters of the Weather Underground predicts, “Temperatures 20°F below normal will likely invade the Upper Midwest on Sunday, and gradually spread southeastwards during the week. The peak cold is predicted to occur late next week, with temperatures 20 – 35° below normal covering much of the eastern 2/3 of the country.” Oh, joy.

Can anything good come of this? Well, actually, yes it can. Eileen Shim’s PolicyMic article, “The Polar Vortex is Coming Back with a Vengeance,” explains one upside—that the severe cold will prevent the deep snowpack covering much of the country from melting all at once and causing major floods. Good to know.

Another is that it might reduce the stinkbug population in the Midwest. Well, if it can do that, can the cold kill off the killer bees and fire ants that have been migrating further north as global warming takes hold? Can it kill the Mountain Pine Beetle that has decimated Western forests? Kieran Nicholson in The Denver Post says no, because those ugly little critters had already stoked up with natural antifreeze and burrowed into pine trunks for the duration when the cold weather hit.

Dave Leatherman, a retired Colorado State Forest Service entomologist says, “Temperatures would have to drop to minus 30 or lower and stay there for at least five to seven days for nature to hit back at the pine beetle from December through February.” We can hope this current blast will help, though. 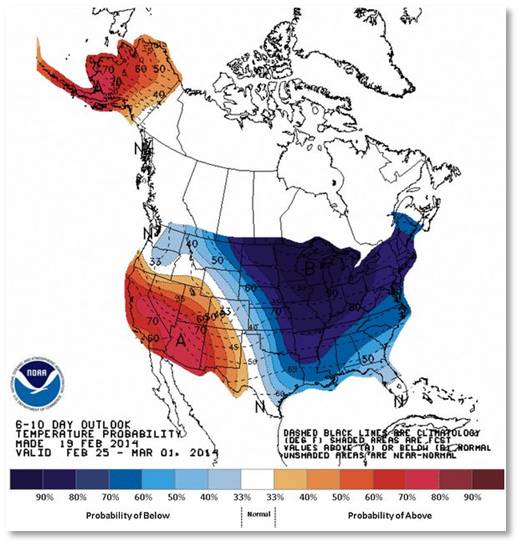 And what about kudzu? My southern friends will probably say that nothing kills kudzu and they’re probably right.

Next year I’ll buy one of those metal poles with a squirrel baffle and set it up outside the sun room. Then I will be able to fill it up in only a few steps and shovel a path to make it easier. Mystique can sit in the sun room and watch the Bird Channel all day, and the songbirds won’t have to go hungry when the snow is deep. They will have to watch out for hawks, though. You can’t have everything.