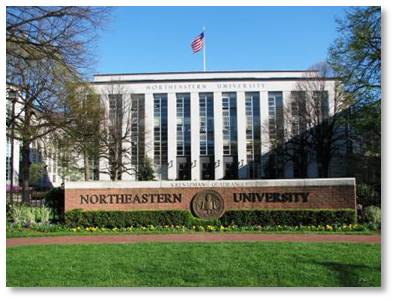 My husband and I were talking about our college experiences last week and we agreed that, knowing what we know now, we would both have chosen different majors. This is interesting given that we were both English majors in what was then the College of Liberal Arts at Northeastern University.

Seth would have majored in languages and science. No surprise there. My husband listens to Russian language tapes in his car and reads voraciously about the science of nutrition. As a Health Enthusiast for The Vitamin Shoppe, he talks to people every day about the medical problems and physical ailments that have brought them into the store and applies his knowledge of how food and nutrition affect health to help them. Sometimes Seth even uses his grasp of Russian as this section of Massachusetts has a lot of Russian immigrants.

I, on the other hand, would have majored in business @Northeastern with a minor in art. Back when we graduated from college, it was still possible to get a job with a Liberal Arts degree because words like “offshoring,” “outsourcing,” “reduction in force,” and “lean and mean,” hadn’t been invented yet.  I think America would be a better place with a stronger economy if they had never been invented, but that’s another story. 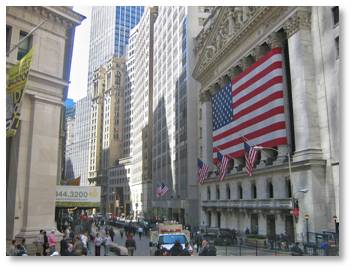 Which is not to say that it was easy to get a job back then, especially for a woman. I had to start at what was probably the female equivalent of the mail room and work my way up.

When I moved on from my first job at Dow Jones in Manhattan’s financial district to an architectural-engineering firm in Midtown, I beat 79 other applicants for the position. I worked hard, although no one but the partners stayed late, and when I left to move to Massachusetts, they replaced me with three people.

Both of those positions—in widely disparate industries—taught me that business was kind of interesting. Who knew?

Part of my job at Dow Jones involved reading The Wall Street Journal every morning and The National Observer (now defunct) every Monday. The very first issue of @WSJ that I picked up had an article about marijuana. It was my first inkling that this bastion of business news also published articles about other subjects.

I commuted via subway every day and I read Time magazine during the commute. Oddly enough, although I went almost cover to cover, I skipped the Business section. One day I was talking to my brother, the sales manager, who said that he did the same thing, only he skipped the Arts section. We made a deal. I would read Business if he would read Arts.

I don’t know if Carl followed through on our @TIME deal but I held up my end of the deal and learned a lot of business fundamentals and trends. This stood me in good stead later on when I was moving up the management ranks in technology companies.

Learning on the Job

While my husband and I agreed that I would probably have had trouble getting through an Accounting course, this expertise would have been very helpful. In my career I built, maintained, managed, and reported on multi-million-dollar budgets. I had to learn on the job about capital vs. expense, accruals, etc. as I worked with Finance analysts on a quarter-by-quarter basis.

And I have to admit that nothing I learned in the classroom ever helped me with any of my jobs. Courses in Early American Literature, Deconstructing Ulysses, The Nineteenth Century English Novel, or Theater of the Absurd might have been interesting but essentially content-free when it comes to the business world. Of course, one might argue that all of American business is a theater of the absurd but that’s a post for another day.

Had I gotten a degree in business, it might have moved my career along faster—or not. As I reported in Wait Until the Pay Gap Catches Up with You, it was a tough slog for women back then. We made less, got promoted less, received lesser titles, and got stuck in cubes when male peers had offices. But it sure wouldn’t have hurt, either.

Today the job market is even worse and there are fewer places for graduates who hold degrees that lack real-world applications.

Question: What does the engineering major say to the philosophy major?

Answer: “Do you want fries with that?”

I shouldn’t feel too bad, though. When Susan Adams in @Forbes reported on “The College Degrees with the Highest Starting Salaries,” a Communications major was right in the middle of the pack. A Business major pays over $10,00 a year more.

That’s for young people fortunate enough to find jobs, though. While today there may be less overt discrimination for women entering the business world, there are also fewer good jobs for everyone. Positions like Bank Manager that used to pay a salary that would support a solidly middle-class family now don’t pay enough for the lucky winners to support themselves.

If my kids were entering college now, I would tell them to get as specific a degree as possible, regardless of what discipline interests them or what they like to do. If I had it to do all over again, that’s exactly what I would do.