Periodically articles hit the web about how much better things were when we—usually meaning the Baby Boomers—were kids. Equally we hear about parents being arrested for allowing their children a freedom that was par for the course in the fifties and sixties. Recently, the HuffPost published an article by Rhonda Stephens: “Are Today’s Parents Getting a Raw Deal?”

Ms. Stephens argues that, because our children have so much more than we ever did, they lack the learning experiences that made us tougher and more self reliant. She lists five skills that one learns from having to work for what you want or fight your own battles. I agree with all of them. 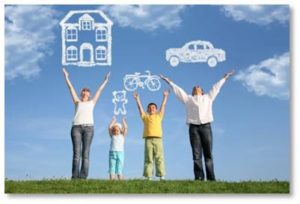 It occurs to me, however, that these memes are middle-class things. The Great American Middle Class is made up of people who are striving for something better—if not for themselves, then for their children. We’ve succeeded.

For a great many people that work has resulted in exactly the better, easier, more rewarding lifestyle that we wanted our offspring to have. Thus we value what we learned and achieved from our personal jihad. At the same time, however, we regret that our children won’t have those learning opportunities, even as we remove the obstacles that would force them to fight for what they want.

We struggled to have more, to be more, to achieve more. We fought to assert ourselves  amid our siblings in large families and in the peer groups of children who formed the “pig in the python” and who competed with us everywhere. We worked our way through college because there often wasn’t enough to put one kid through school, much less all of them. We remember, as Ms. Stephens does, what we learned from those experiences and how they made us better, stronger people.

The One Percent is Not Struggling

The funny thing is, though, that the upper classes don’t share either the struggle or the regret. The hard work that created their fortune is often decades and sometimes centuries away. The businesses behind the fortunes of Boston’s Brahmins — Oliver Wendell Holmes’s expression for the One Percent of his day —  were made in the eighteenth and nineteenth centuries. Some of them came from the Triangle Trade of rum, molasses and slaves. Others were earned by men who invested in clipper ships and earned a fortune on the China Run, carrying silk, tea, ivory, porcelain and opium to America. Merchants made money that was invested and the next generations lived well on the dividends.

These are people the Great American Middle Class rarely sees. The scions of wealth go to elite prep schools like Choate and Phillips Andover without thinking about the cost of tuition plus room and board. They move smoothly and easily to Ivy League universities on the legacy admissions of previous generations that serve as affirmative action for the well to do. It’s just a given that they will attend Harvard or Yale like Dad and Granddad did. Besides, if Grandfather endowed a library or Poppy built a laboratory at his alma mater, no one in the Admissions Department is going to reject his grandson. Also important: they pay full boat on tuition, which subsidizes less affluent students.

Now Coming to the Middle Class

These kids don’t deliver papers or mow lawns so they can buy an old beater to drive to the local high school. They don’t babysit, as my sister and I did, to earn the money for riding lessons on hacks at the local stable. They don’t get a part-time job at a fast-food place to save for new clothes, cosmetics, a good baseball glove or a dog. 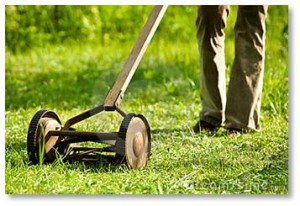 Those things just come to them, as they are now coming to the children of the middle class. Yet no one suggests that the scions of wealth are somehow “less” than the previous generation: less assertive, less innovative, less patient, less independent, and not as mentally tough. That’s because they don’t have to concern themselves with those virtues; money paves the way for them. It’s just the way it is.

The expectations that come from growing up wealthy are many and sometimes they hit the public eye without much comment: 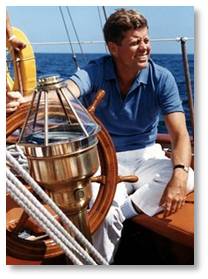 The scions of wealth are the people who have been running our country for generations and who take it as their duty to do so. Noblesse oblige and all that. “For of those to whom much is given, much is required.”  Yet they demonstrably can’t understand what it’s like to struggle because they have never had to work hard for anything or even deal with the consequences of their mistakes.

Still, we don’t look down on them for their lack of intestinal fortitude. We admire them for being rich. They, in turn, they look down on us precisely because we have to work. The world is, after all, divided into two groups: those who work for money and those who have money. If you’re in the former camp, you’re simply not part of an important family.

And here’s the point, Ms. Stephens: no one says they are lazy, unmotivated, weak, or incapable of making decisions because their lives have been easy. No one says that a trust fund will turn them into takers or a tax break will make them dependent. It’s a double standard created because we can’t see what their lives are like or understand what how it feels to be that privileged. Let’s stop criticizing the members of the Great American Middle Class who have achieved some affluence. Way to go!