“Life is similar to a semicolon.  A Semicolon is used when a writer could have ended a sentence but chose not to.  The writer is you and the sentence is your life.”

It is often called the forgotten illness. Depression, a condition that affects over 350 million people, is a disease of the mind and body, impacting every aspect of life.   What is often and incorrectly referred to as a mood disorder affects a person’s ability to eat, sleep, work, be in a relationship, and most importantly, how they perceive themselves. It damages self-esteem, self-confidence, and the ability to accomplish everyday tasks. 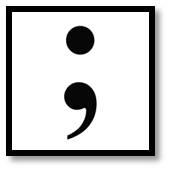 Depression not only causes anguish to those who are depressed, it creates frustration for family and friends who do not know how to help. It affects so many people it is referred to as the common cold of mental illness.

It is estimated that 80% of people suffering from depression do not seek or receive treatment. There is a stigma around it that prevents people from talking about it, and that creates a barrier to getting help. Depression cannot be willed away and should never be ignored.  It is worse than a terminal illness, because the terminally ill are treated, supported and surrounded by love.

The Semicolon Project, started in 2013 by Amy Bleuel, was inspired by her own struggle with depression.  When she lost her father to suicide at 18 she honored him by having a semicolon tattooed on her wrist. It’s a tattoo that has gained viral popularity, but unlike other trends it has earned its significance.  It represents mental health struggles and the importance of suicide prevention. It means moving forward when you could have stopped. 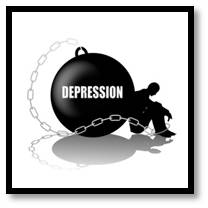 Originally created as a day where people were encouraged to draw a semicolon on their bodies and photograph it, it quickly grew into something greater and more permanent. Today, people all over the world are imprinting the mark as a reminder of their struggles, victory, and survival. The semicolon has become a recognized symbol of mental health and the ongoing efforts to eliminate the negative stigma attached to it.

Amy founded The Semicolon Project to provide public awareness towards Mental Health. It is intended for people of all ages, but has developed a strong following of teens and young adults. The non-profit site is a place to inspire, encourage and support those dealing with mental illness or loss of loved ones from suicide.   People tell their stories and find encouragement through honest conversation.

It is not a counseling service, nor does it claim to be. It began as one person sharing her journey in a public forum and has grown into local chapters with thousands of members. Here is just one example of a girl’s story and her willingness to share it with others like herself. These stories resonate in the teen world; offering verbal and visual encouragement.

There are as many misconceptions about teen depression as there are about teens themselves. Bad moods and acting out are predictable, but depression is something easily missed during the teen years.  It is both an illness and a condition that brings on an overwhelming sense of anger, sadness, and despair. These symptoms can be hidden in plain sight and easily mistaken for moodiness. The average age of depression onset in teens is 14.

Most teenagers survive adolescence by learning to balance angst with friendships, school, sports and social activities. Their sense of self is strengthened and reinforced by family. Those that fall through the cracks are at risk. 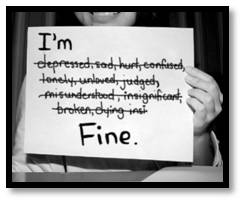 Depressed teens often brag about or create attention-getting situations that have harmful results, but an increasing number of teenage suicide attempts are successful.  Suicide is the 10th leading cause of death in the US, according to the most recent report from the Centers for Disease Control and Prevention. In 2013, there were 41,149 reported deaths from suicide. It is the second leading cause of death for 15 – 24 year olds.

Adults have the ability to seek assistance on their own, but teenagers must rely on parents, teachers, or other caregivers to recognize their distress. It is not always easy, as evidenced by the large number of people who go untreated—and depression is a treatable condition.

Unlike cancer, diabetes or high blood pressure, there is no medical test to diagnose depression. Symptoms are so varied it can be easily misdiagnosed or only partially diagnosed and treated with anti-depressants. Health professionals are trained to look for particular symptoms through a series of questions that pinpoint indicators, but there is no diagnostic test to confirm it.

In part, this is due to some widely believed myths about depression:

It is the one illness people are afraid to talk about.

A Symbol of Hope

If you’ve seen a person with a tiny semicolon on their wrist, arm or ankle, you’re looking at someone who is battling and overcoming serious mental health issues — from depression and anxiety to schizophrenia — one day at a time.  It has become a physical representation of personal battles and triumphs. 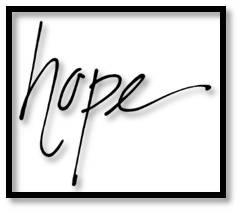 The conversation Amy Bleuel started in 2013 continues today with widespread participation by people of all ages.  Photos of tattoos are uploaded to social media sites with the hashtag #projectsemicolon or #semicolonproject. It invites people to openly talk about depression.

It is by no means a cure, nor is it a replacement for treatment.  But a small symbol of grammatical punctuation has created a widespread feeling of hope, support and inspiration to those reaching out. It opens a door for people who might otherwise have remained silent.

2 thoughts on “The Semicolon Project”