My first stop took me to the JFK Federal Building to reacquaint myself with the Robert Motherwell mural. That went fine, despite having to clear a security screen to get there.  (The guards were friendly and helpful.) Leaving the building, I turned right and headed down Cambridge Street toward the Government Service Building. 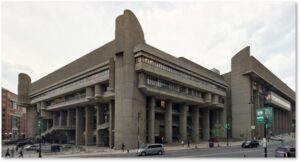 Although I have written before about this massive concrete structure, I had never actually climbed the stairs to walk into the courtyard. My target was the Constantin Nivola mural one of his, “Graffito Murals,“ an artwork that reportedly lurks inside the Hurley Building, one of the GSC’s two major buildings.

How hard could this be? I thought. Surely, the GSC would have signs indicating the entrances to the Hurley and Lindemann buildings. Inside I would certainly find a receptionist’s desk staffed by a person who could give me directions. At the very least, I would locate a map and follow the arrows.

The Search for Constantin Nivola’s Mural 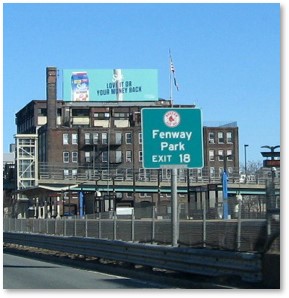 Entering the huge circular courtyard at the center of the GSC, I looked around but saw no signage of any kind. None. It made me think of how bad Boston used to be at signage. The city’s old attitude projected, “If you don’t know where you’re going, you probably don’t need to be there.” It took many years even to tell drivers on the Massachusetts Turnpike what exit to take for Fenway Park. The GSC harkened back to those days.

When there are no signs, I get creative. I walked all around the courtyard, both on the first and second levels, to find a lobby, but struck out on that as well. I tugged on one door that had possibilities but it was locked. No security guards stood or strolled around from whom I could ask directions. In fact, the whole place struck me as deserted.

The Government Service Center gave the appearance of a science fiction movie set for a picture like Logan’s Run—all swooping staircases and curvy walkways, horizontal levels and vertical towers. But no people. Benches placed around a circular lawn awaited lunchers, loafers, and visitors who never came. Even the bare tree branches reinforced the sterile and empty concrete surroundings. 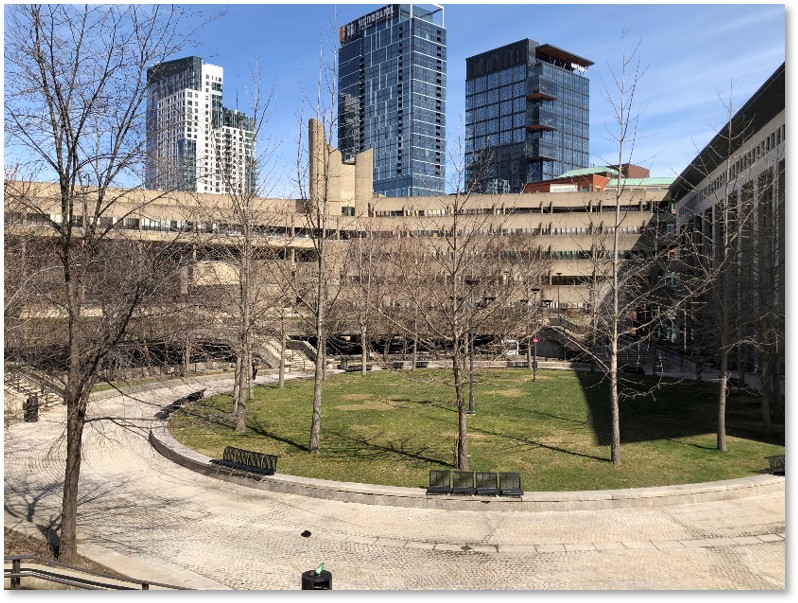 The GSC actually resembled a post-apocalyptic dystopian show like the TV series of War of the Worlds, or something where a neutron bomb went off, destroying the people while leaving the structures standing.

Although I am not easily daunted, I left. The place was so empty and depressing, I lacked all desire to go around again, trying doors into dark spaces until I found one that was open.

What’s going on here? How could a government building that is supposed to provide mental health services and unemployment assistance be so hostile? What are they thinking? How can you present someone who needs assistance with mental health or finding a new job with something so bleak and enigmatic?

People in need, people who have been made to feel unwanted and unneeded, deserve a better reception than this. They deserve light, warmth, color, and people reaching out. They need a welcome reception. Coffee would be great. Think about it.

Rather than hiding in plain sight, the Constantin Nivola mural has actually been buried in corrugated concrete.

Someday I may actually see the “Graffito Murals” with my own eyes—unless they are demolished along with the Government Service Center. For that encounter to happen, however, I think I need a guide who knows his/her way around the GSC’s dark innards. If you are one, or know one, please let me know. I’ll be happy to meet you there. 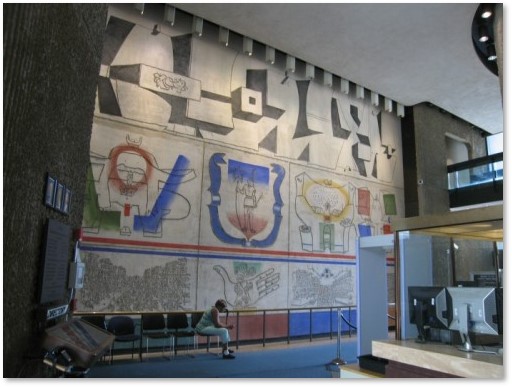 Until then, however, the internet must suffice. I will say that, looking at this photo, I don’t find the artwork interesting, challenging, or attractive. To me, it appears as flat and bleak as Paul Rudolph’s concrete structure around it. Maybe the real thing would have more impact. If I ever see it, I’ll let you know—and provide more detail on the artist and his work.