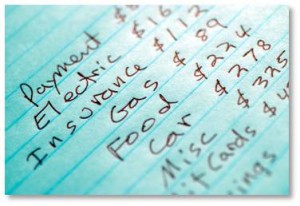 When I wrote the post about Powerball and read up on lottery winners who had blown their money, I started to wonder about something that should be obvious but isn’t.

It’s the same issue that arose in the post about HBO’s series, “Ballers.” Why do so many Americans seem clueless about money at any level? the answer is simple: We don’t teach real money management to our kids.

Granted, most of us will never have to worry about financial windfalls in the millions, as lottery winners and NFL players do, but the same principal applies to more ordinary levels of economic management.

The Consequences of Cluelessness

Here’s a few examples of what happens when folks are clueless about money:

Instead of rolling the savings over into another 401K or even investing it elsewhere, they treated it as found money and spent it on depreciating assets like cars, boats and snow machines. Result: They not only blew their retirement savings, they incurred a huge tax bill. 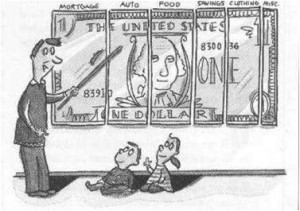 Well, for one reason, we don’t teach young people sound money management in school or anywhere else. When I was in high school, girls had to take Home Economics. That sounds like a good place to teach students how to manage money, maintain a sound credit rating, pay bills on time, avoid high interest rates and other important financial issues.

Granted, I took this course a long time ago but all we did in class was sew an apron, make popcorn balls, and bake cookies. We didn’t even learn to make dinner.

We were lucky: our parents set a good example. Every payday they sat down at the table with my dad’s paycheck and the rent money that came in from the apartment upstairs. They spread white envelopes on the table and put some money into each one: house, food, car, insurance, clothes, and even vacation. My dad never bought anything he didn’t have the money to afford—in cash. 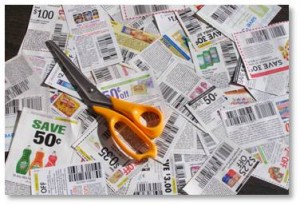 Eventually he acquired a credit card so he could build a credit rating, but he used it infrequently and always paid it in full when the bill came in.

Mom clipped coupons and went to multiple markets to take advantage of the weekly specials at each one. We ate well but somehow, she always managed to save a little from her food budget. She often spent this on things the four of us needed but that weren’t in the budget. I thought this was an adult thing and all parents did it.

Our parents taught us not to waste money.  We learned not to buy what we couldn’t afford. They made us work and save for what we wanted. We learned the difference between “want” and “need” and how to deal with both. These are lessons that have served all of us well.

How Do They Learn Money Management?

But what about the millions of kids whose parents don’t set such an example? How and where do they learn sound money management? Are the better home economics classes better now? It seems not. Are there high school courses to teach the basics? Do churches, Scout troops, athletic clubs or other organizations offer any training? Probably not.