No Time for Reading Books 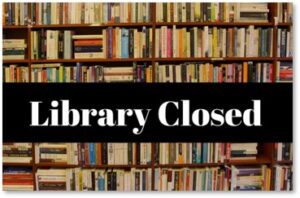 Despite my creative writing schedule, or perhaps because of it, I don’t have much time to actually read books. Our libraries are still closed for browsing, although we can order books for curbside pickup. On the upside, we can get books without having to buy them. The downside is that you have to know what book(s) to order. New releases typically have long waiting lists so l love discovering a new author with a rich vein of completed works to mine.

Weather presents another downside because it can interfere with your reading. Ready for a new book, I ordered several that had a scheduled pick-up time of Monday morning. Then it snowed and the library canceled all pick-ups until Wednesday. That left me without the books I wanted just as the snow socked in.

Nevertheless, here are some of the books I have read and liked — or not — relatively recently. 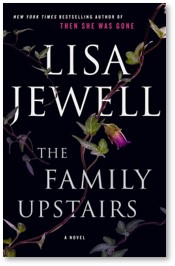 Two Books by Lisa Jewell — A neighbor lent me “Then She Was Gone” by Lisa Jewell, which I enjoyed. If you like the kind of book you can’t stop reading at midnight, you will like it, too. And it had one line that just froze my blood. Ms. Jewell has written a lot of books, so I looked over her list of publications and ordered “The House We Grew Up In,” which I also liked.

It was equally fascinating although perhaps not everyone’s cup of tea. “the House We Grew Up In” deals with adult children cleaning out the house of their late mother, who had become a hoarder. It then goes back and forth in time to explain the how and why. I just started another of her works, “The Family Upstairs,” and I’m loving it.

“All the Devils Are Here” by Louise Penny — I’m a long-time fan of Louise Penny’s mysteries about Armand Gamache, chief inspector of the Sureté du Québec. Usually, I listen to the audiobooks when I’m driving but, alas, these days I don’t drive anywhere  far enough to get through a whole novel. Thus, I reverted to paper and picked up the latest novel in her series, “All the Devils Are Here.” This one is set in Paris, which makes it even more interesting. While we still can’t travel, I can still read books about other places.

“Disciple of the Wind” by Steve Bein – If you like stories about Samurai society in Medieval Japan, modern Japanese police procedurals, and swords with magic properties, try Mr. Bein’s Fated Blades series. He fits all that in by going back and forth in time and stretching the story out over multiple books. Both center around an ōdachi called Glorious Victory Unsought, a monster sword with a purpose of its own. I learn a lot about feudal Japanese culture in these books.

“The Poisoned Crown” by Maruice Druon — I also continued worked my way through M. Druon’s “Accursed Kings,” series of historical novels on the end of the French Capetian monarchy.

“The Poisoned Crown,” the third of seven books, narrates the two-year reign of King Louis X (known as Le Hutin or The Stubborn) and his second wife, Clémence of Hungary. (His first wife was the unfortunate Marguerite of Burgundy, whose story was told in M. Druon’s second novel, “The Strangled Queen.”

Inspired by these, I also worked my way through the TV series Knightfall, which is (very) loosely based on the same history. It’s full of necessary political intrigue, pitched battles, great sets, and good acting. Like all visual adaptations, the series eliminates some of the historical characters. While I understand the need to do this, I think they take it too far, starting with ignoring Charles, Count of Valois, brother of Louis X’s father, Philip the Fair. 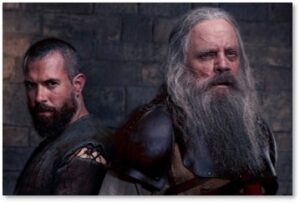 It gets worse. The series also elides two of Louis X’s brothers, Charles of Valois and Philippe of Poitiers, both of whom later became King of France. How do you just cut off the royal succession like that? (BTW: That’s the name of the fourth book of the seven.)

Then, of course, I find tiny detail changes annoying, like diminishing the imprisonment and torture of Jacques de Molay, Grand Master of the Knights Templar. The series shrinks his ordeal it from seven years down to an afternoon before his historically accurate execution by burning alive. M. Druon’s novels, by contrast, are even more fascinating, although you do have to work your way through some clunky translations

I like my book club because it widens my scope to include books that normally wouldn’t attract me. I also post these books on the Books I’ve Read/Books You’ve Read Facebook page. (If you want to be invited to join, just let me know.) Recently, these have included:

“Sing for Your Life” by Daniel Bergner — This biography describes the almost unbelievable — but real — transformation of a violent Black youth with a bad education into a star Opera singer at NYC’s Met and the Vienna Opera. Although it’s well written, I found it hard to read through the emotional and physical abuse he suffered. A few people made the difference for Ryan Speedo Green, along with his own determination and perseverance. 60 Minutes did a segment on Mr. Greene and you can listen to him sing in recordings posted online. 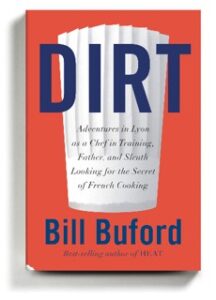 “Dirt” by Bill Buford — I have the March book-club selection and I picked this one about an American who wants to learn the art of French cooking the hard way. I don’t read a lot of non-fiction but this is a wonderful account of life in the kitchen of a Lyonnais restaurant.

If you like literature about food, eating, history, French cuisine, the history of French cuisine, and what it’s like to move to France, read “Dirt.” It’s non-fiction but written by a good writer, which makes a big difference.

“The Vanishing Half” by Brit Bennett – This novel has occupied a place on the New York Times Best Seller List for weeks but the reason for that popularity escapes me. I found it overdone and yet shallow. The author hits you over the head to make her point but never gets inside her characters. The novel concerns people who don’t want to be what they are and don’t want to live where they are. There’s a Black girl who wants to be white, a trans man, a transvestite, a big-city girl who moves to the country, and a girl who wants to be an actress, which is all about pretending to be someone else. These stories could be fascinating but the reader never gets to understand what it feels like to be them.

“The Crow Trap” by Ann Cleeves — I was hoping for the start of a new mystery series I could read my way through. What I got was 535 pages of unlikeable people in a clumsily constructed mystery that didn’t hold together at the end. It didn’t help that I couldn’t care whodunnit or why or believe the backstories on any of the characters. The female detective is someone I wouldn’t invite over for tea. I decline to move on to Book #2. 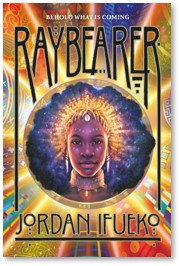 “Raybearer” by Jordan Ifueko – I looked forward to reading this hot new book in the Young Adult section. Some of the best fantasy can be found in the YA section, so no judging. But I only made it halfway through. Plus, the cultural references are shallow and obvious. Ms. Ifueko needs some more training in how to tell a story, showing vs. telling, and character development before she will really grab the reader’s attention.

This list covers a spread of several months when, normally, I could clear through this many books in a few weeks. Now that I have a new stack on my night table, I can look forward to curling up by the fire for a while. Hot tea, anyone?