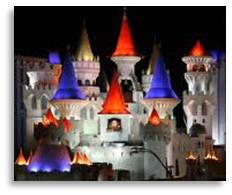 In an article by Laura Stevens in The Mansion section of today’s Wall Street Journal (@WSJ) entitled Castle Sweet Castle, we learn that it’s possible to own your own castle, as long as it’s in Germany. It seems that, of the country’s 5,000+ castles, both burgs and schlosses, about 20 to 40 are up for sale every year.

This surprised me, as I think it would surprise most Americans. I don’t think we have 40 castles, total, in the whole United States and that includes the two at Disney parks and Excalibur in Las Vegas.
Some of the properties on the market now have been extensively renovated and modernized while others are still fairly rough around the ancient stone edges.
Who hasn’t wanted to own your own castle? Little girls want to live in a castle so they can be princesses and float down the stairs in pastel gowns with bluebirds holding up the train. Little boys want a castle of their own so they can be knights in armor and swing big shiny swords from atop their chargers. Today’s reality, of course, is quite different.

First, these places are big. Well, have you ever heard of a small castle? But some of them could house a medium-sized village without people bumping into one another all week.
Second, they are remote.These castles were the homes and fortresses of Germany’s many principalities and thus are surrounded by lots and lots of land.  Oh, and they’re usually on a hill or mountain. That made good sense for defensive purposes back in the day, but might pose a problem if you need to borrow a cup of sugar for your Linzer torte.
Third, 99% are historically protected and encumbered by rules and regulations that might affect your ability to add all those wonderful modern conveniences. That doesn’t mean central heating or Wi-fi. We’re talking toilets, here.
Fourth, they are expensive. Again, no surprise. Did kings ask what anything cost? The prices range from a low of $196,000 to a high end of around $26 million. But that’s just the start. There are fees:  brokerage (3% to 6%), VAT (19%) notary (1.5%), and a purchase tax (5%). On a purchase price of, say, $6.5 million, those numbers can really add up. And don’t forget the budget for bluebirds and war horses. 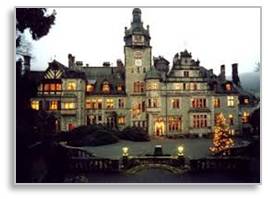 Fifth, there’s maintenance.  Figure $130,000 plus per year for, “upkeep, heating, electricity and other castle-related expenses.” In addition, you will probably want to hire a “castle keeper” to take care of things when you’re not in residence. Ms. Stevens also tells us that some properties retain their “quirky charms,” among which she includes servants’ entrances and quarters.

I personally consider retaining a considerable staff an absolute necessity. While it’s possible to think nothing of vacuuming 60,000 square feet or dusting 150 rooms all by oneself, I think it would take the take the bloom off the rose. Or entfernt die Blüte die Rose.
So there goes one of my childhood dreams. As Max Bialystock says in The Producers, “if you’ve got it, baby, flaunt it!”  Flaunting it just doesn’t get any better than one of these amazing properties. But I’ll have to pass on buying a castle. I think one has to be a celebrity, a hedge fund manager, or an oil magnate to flaunt one of these.

2 thoughts on “Own Your Own Castle”