I am over the pond this week, laughing it up with my BFF Jan in Edinburgh Scotland. We’re here for the Royal Tattoo, a celebration of music and entertainment and men in kilts.

The word tattoo refers to an eighteenth-century, evening, drum or bugle signal recalling soldiers to their quarters and is believed to come from the Dutch taptoe. Toe meaning “to shut,” and tap referring to the faucet of a cask. In the evenings, as the story goes, police would visit taverns to shut off the cask taps. We’re going to visit a few pubs to see if the story holds water.

No matter where we are, the internet is speaking to us.  It wants us to know what’s going on out there and it’s encouraging us to stay informed, get connected and laugh a little.

The net is an endless source of information. The proliferation of web sites, news feeds, and cable channels creates an explosion of possibilities to assist us in our quest to be smarter than the average bear. Here’s a synopsis of what’s been on my mind.

Here’s what you should know about:

Pluto:  We’ve been waiting nine years for this. We stopped calling it a planet and said it was too small to run with the big dogs. Now it’s showing us what it’s all about and it’s up close and beautiful. The New Horizons spacecraft has a lot to tell us about the dwarf planet.

Your Mind is a Powerful Thing:  Attitude is a choice. The loudest and most influential voice you hear is the one inside your head. It can work for or against you.  It can be optimistic or pessimistic. Here’s a blog on staying positive, with some military roots in the background of the writer.

Skimm It:  A daily email newsletter that cuts across all topics in the news and distills it down in short easy-to-grasp info bytes. They do the reading, you get to Skimm.  Genius.

Star Talk Radio:  This is the where you find Astrophysicist and Hayden Planetarium director Neil deGrasse Tyson, his comical co-hosts, guest celebrities and fellow scientists discussing astronomy, physics, and everything else about life in the universe. It’s the best show you’re not listening to. We are all stardust.

On the Lighter Side 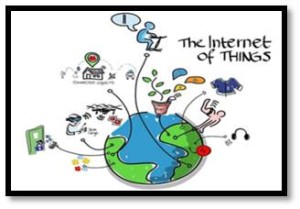 Let’s not take ourselves too seriously. The Internet of Things has a sense of humor and wants us to have one too. The news includes the not-too-serious stuff.

The Made-Up Words Project:  Author/illustrator Rinee Shah collected real-life family phrases from around the world; then creatively illustrated them. Every family has at least one and she’s accepting submissions on her web site.

Example:  Schmoodle (noun) sch-moo-del: A state of over-ornamentation, in a tacky sense, as in “her sweater would be cute it if didn’t have all that schmoodle on it.”

What happens when you get rid of all your stuff:  These men did more than declutter, they became evangelists for living with less…much less. We’ve entered the downsizing phase of our lives and this is on my mind. My brain hurts when I think about sorting, choosing and letting go. 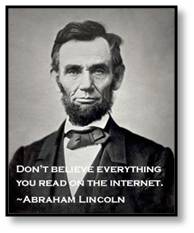 Meditate on This:  Feeling the pressure of too many demands and too little time?  For those looking for a different approach to daily mediation this could be for you. Breathe in strength, breathe out B*&L S#@T.

Remember, it’s a jungle out there. Let’s heed the words of Abraham Lincoln when we’re web surfing — he knows what he’s talking about.