I have mentioned before that September and October are the busy season for cruise ships and, thus, for the tour guides who take their passengers around Boston. I have given 36 bus tours so far this year, with more to come before November shuts it all down. 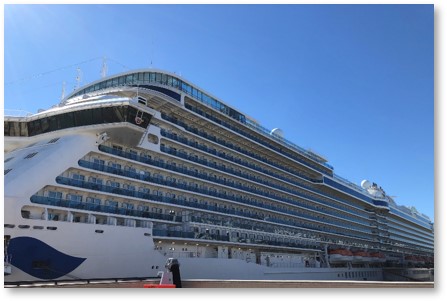 These tours include people from all over the United States along with other countries. As I talk to my tour guests, answer their questions, tell them jokes, and show them how beautiful Boston is, I have noticed something interesting.

Everyone is really nice.

The political divisions so apparent in the news media don’t intrude here. Granted, these folks are on vacation. They want to have a good time, not fight with one another (or with me), or hear any commentary on politics.

Still, it strikes me how, in the absence of politics, Americans can get along with one another. What a concept! 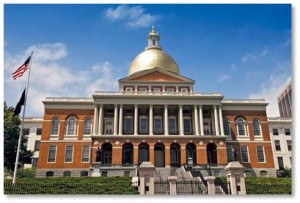 This is how things used to be before Lee Atwater, Newt Gingrich, Karl Rove, and Rupert Murdoch poisoned America’s political scenes. Sure, we had different positions, priorities, and goals, but the “we’re all in this together” attitude that came out of World War II prevailed.

Only twice in the last few months have I heard a snide comment from one of my tour guests.

I said that the surviving Marathon Bomber had been sentenced to death but was still in prison. I heard a man mutter that here in liberal Massachusetts we would probably not enforce that sentence.
The man did not say it to me directly so I chose to ignore him. But I wanted to say that he was wrong. If Dzhokhar Tsarnaev were to walk out of that courthouse door, the people of Boston would be waiting for him and he would probably not make it as far as the Fort Point Channel.

That’s it. Everyone else goes along for the ride and confines their comments to what they are seeing.

How can we be this pleasant to one another in person while being so angry, confrontational, and divided in other parts of our lives? It’s a mystery. 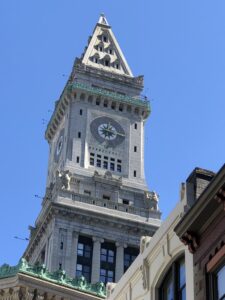 As a tour guide, I get paid to tell visitors about Boston, to educate and inform them, to entertain and amuse them, to answer their questions and fulfill their requests, if possible. Also, a good part of my income derives from tips and angry people don’t tip well—or at all. Besides, most people forget what they have heard 10 minutes after hearing it.

Knowing that, I combine history, names, dates, information, stories, and locations in a mix that will capture their attention and keep them listening. If I can get my tour guests to remember that Boston was settled by the Puritans in 1630, it’s a triumph. (I have a trick for doing it.)

The greater triumph, however, comes from knowing that Americans can still get along with one another. That at heart, most people are good and generous. And that they leave their politics on the pier when they board one of the cruise ships that come to Boston. It renews my faith in one another and in our future. And that’s a good thing.

Voyager of the Seas