The country feels topsy-turvy to a lot a people these days and that instability causes me to wonder about a lot of things. We all live with ironies and contradictions every day. Many of them are simple head scratchers like:

The Big Issues and Questions

Other big issues and questions also take up our time. These are the national or global events that occupy our minds when we watch the news or hear people talking around us. These questions arise when we just can’t understand how the other side thinks or why people consistently do what they do. Or refuse to see what’s right in front of them. Questions like this include:

When conflict happens in public, I say nothing. Emotions run too high on both sides to risk a confrontation with someone who disagrees with me. Whether it’s politics, sports, or driving style on the roadway, a quarrel just might get Western real fast.  If someone cuts me off on the highway or in line, I do not create a scene. I don’t even give them the stink eye. The reactions of our fellow Americans are today unpredictable and the risk is not worth any momentary satisfaction.

Both sides possess a feeling of righteousness, that the policy, the idea, the goal they believe in is the only acceptable one. They act as though God Himself is on their side—which makes that side the only tolerable one. Between zealots, there can be no middle ground. 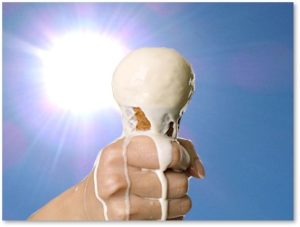 At the national level, our federal government has lost the ability to forge agreements together. One violation of the rules and traditions on one side breeds retaliation from the other, making it even more difficult to come back from extremes. Public comity dwindles daily, like ice cream in the summer sun.

Writers, news anchors and pundits talk about how divided the country is and they are right. When Americans prefer silence and caution to talking with other Americans, when confrontation can result in injury or death, when so many people are so willing to be outraged so often, how can we respond differently?

Yet, I remain hopeful that we will resolve these issues and questions. Sometimes we must see where going to extremes leads us before we can come back together. Sometimes it’s better to expose the dark impulses in our country to the bright light of scrutiny before we can defeat them. Sunlight, as they say, is the best disinfectant. 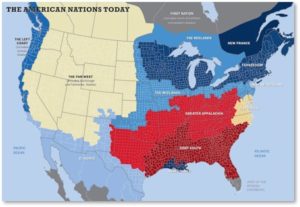 And sometimes we must have a reckoning before we can move on. This may be one of those times. How we as citizens react to our current state of division may be the most important thing.

Only time will help us with these issues and questions. But the clock is ticking.