David Hunt wrote an excellent blog post—Thanks. Now Buzz Off.—to explain why job seekers are avoiding the job boards and trying to network past them. He talks eloquently about the damage companies do to their brand by ignoring resumes that come in from the job boards. Essentially, the resumes go in but nothing comes out.It’s tempting for hiring managers to think that a job market as difficult as this one gives them a pass on common courtesy. Why bother being polite when there are just so many people clamoring to work at your company? Anyone who has looked for a job in the last 10 years is familiar with this casual rudeness. And David is absolutely right that the word gets around and can damage a company’s reputation. 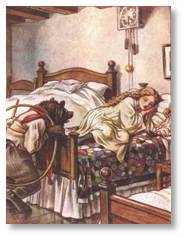 But the problem goes beyond that. With such a huge field of qualified candidates, why should a hiring manager make a decision at all? It seems that many of them don’t. Instead they keep looking . . . and looking . . . and looking. As David says, “People are strung along for months on end as companies, despite having interviewed qualified people, seek “just one more person to interview”, like a picnicker hankering for a better spot.” I don’t know whether this happens in all disciplines or whether marketing jobs are particularly prone to this version of the Goldilocks Syndrome. When hiring Goldilocks, each candidate is too thin or too fat, too young or too old, has too much experience or not enough, has too little personality or too much, can’t do social media or insists on doing only social media. And so it goes. There has to be a better person coming along tomorrow. Next week. Next month. Because of this indecision, months pass without them finding the candidate who’s just right.

Requirements No One Can Meet

It’s tempting for a hiring manager to say that he will take his time and search carefully to find “the right person.” It’s easy for a hiring manager to create a set of criteria that meet every single one of her requirements—but that very few real people can actually meet. It can appear essential to write a job description that goes on and on, far beyond what any real human being can, or would even want, to do.Given the press of everyday business, it’s also easy just to drift from one week to another without finding the right person or anyone at all. The job gets posted over and over again as the hiring manager, or the interview committee, rejects one candidate after another. HR or a recruiter is sent back to find yet more people to run through the mill. This behavior doesn’t just blacken the company’s reputation; it turns the corporate name into a joke.

The Opportunity Cost of Not Hiring

On the company side, it does something even worse—nothing at all. There is, you see, an opportunity cost to searching endlessly for the perfect hire without making a decision. Whether the delay is caused by simple procrastination, overwork or dedication to an unrealistic goal, the opportunity cost is all the things the company could have done if the new hire had come on board. That cost is all the programs that didn’t happen to generate sales leads, the product that didn’t get developed, the code that didn’t get written, the sale that didn’t get made, or the customer who was left without support.Because I’m in Marketing I think about Marketing programs and resources and that brings me to a company that has kept searching and searching for a Marketing Director and a Marketing Manager. The company is NetBrain Technologies and their search has gone on for more than a year and a half. I know this because I applied for the Director position back in May of 2012. Months later they sent me a LinkedIn alert as well as notifications through a job board. I replied. No response.

Maybe they just don’t like me—even though they reached out to me. Fair enough. But they have interviewed others, including a friend, and yet the jobs are still posted on their website. This is ridiculous behavior for a functional corporation. Had they hired someone six, nine or 12 months ago, they might have a Twitter feed and a corporate Facebook page by now. They might have a blog and a larger presence on Pinterest. They would have issued more than three press releases in 2013. The comments on Glassdoor would almost certainly be much more positive.This situation is the opposite of my Data General experience, as reported in last week’s post, “Unemployment Over Fifty: Don’t Believe the H1-B Visa Hype.” Had I ever taken this long to fill a position at Data General or any other tech company, my managerial competence would have come into question. I would have had to provide a very good reason why I could not find one decent candidate among the horde of technology marketing people let go by numerous companies when the Great Recession hit—and beyond.

I would have had to answer some very tough questions—and not just about the hiring. I would, for example, have had to explain to my boss why the day-to-day work was not getting done. Sales would be pushing for all those leads. Product management would be pressuring me to get their product launched properly. Executives would  demand to know why we had no press coverage. None of them would have been happy with an endless hiring process or a manager who couldn’t fill even one position in a timely fashion. 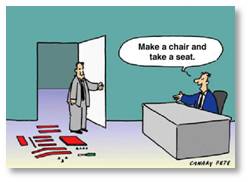 I explained last week about my formula for hiring: I looked for a candidate who had 80% of the job requirements and made sure that the remaining 20% were in trainable areas. It’s a formula that works for several reasons:

Why is it so difficult for companies to understand that? Do they get pulled into the Goldilocks Syndrome because it’s so tempting or because they don’t want to make a decision? Above all, why isn’t anyone on the senior management team or the board of directors calling them on it?

6 thoughts on “The Problem with Hiring Goldilocks”