The business world seems to be having a moment of confusion in terms of the people it seeks to hire vs. what it wants once it lands them.  The issue is youth.

We have been hearing for several years about a dearth of qualified applicants for jobs that require expertise in science, technology, engineering and math (STEM). Pundits have pondered, lobbyists have lobbied, experts have declaimed and whole books have been written about this lack and the dire consequences it will have for American business.

Some people, like Gary Beach, think that our schools need to turn our more STEM-qualified graduates. But most companies want to bring in more workers from overseas—young candidates predominantly from China and India. Without them, we are told, American businesses will suffer from a STEM brain drain the way an automobile engine suffers from a lack of oil. The works will dry up and grind to a halt.

Many of us who have been in the high tech world know that America is full of highly qualified STEM candidates—they just don’t happen to be young. And businesses don’t want to hire any but the young, because young workers are cheap workers. And the cheapest young workers come from overseas. Which means that it doesn’t matter if American schools produce more STEM-qualified candidates because companies won’t hire them anyway. 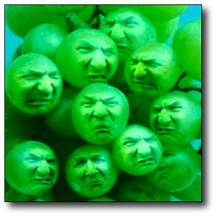 How do we know this is true and not just sour grapes? Well, anyone who has sat in a room full of unemployed older workers has done the primary research. But every once in a while the truth pops out from behind the curtain of corporate disinformation and outright lies. While companies would rather that we not pay attention to that truth, it’s important to the future of the American economy.

Michael Teitelbaum, Senior Research Associate for the Labor and Worklife Program at Harvard University recently gave a Provost Lecture at the University of California, Davis.  Mr. Teitelbaum spoke about, “how desire to get Congress to expand the H-1B work visa program underlies the shortage claims made by those with vested interests and their allies, such as the tech industry, the immigration lawyers and so on.”

As reported in Norm Matloff’s blog, (and thanks to David Hunt for pointing me in that direction) Mr. Teitelbaum also spoke informally to the class and showed them the 2007 video of law firm Cohen & Grigsby’s presentation on how not to hire an American. This came as a surprise to students who are studying hard to get good jobs in American companies. Here’s a quote from one of the partners in the firm:

“And our goal is clearly, not to find a qualified and interested U.S. worker. And you know in a sense that sounds funny, but it’s what we’re trying to do here. We are complying with the law fully, but ah, our objective is to get this person a green card, and get through the labor certification process. So certainly we are not going to try to find a place [at which to advertise the job] where the applicants are the most numerous. We’re going to try to find a place where we can comply with the law, and hoping, and likely, not to find qualified and interested worker applicants.”

It’s increasingly clear that the H-1B visa demand is manufactured to allow companies to hire cheap young workers from overseas. But what happens next?  In yesterday’s Wall Street Journal, Melissa Korn reported on “Bosses Seek Critical Thinking but What Is It?  It seems that companies are looking for a quality they describe as critical thinking but can’t really define in terms of the work being done.  “Employers complain that colleges are not producing graduates who can solve problems and connect the dots on complex issues, but bosses stumble when pressed to describe exactly what skills make critical thinking.” 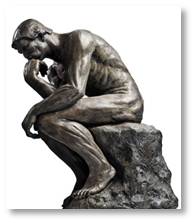 Speed read to the end of the article and you find that the real problem is with hiring managers who expect young people to be able to do the kind of critical thinking that older, well-trained, and experienced workers can do.  Ms. Korn quotes Linda Elder, and educational psychologist and the president of the Foundation for Critical Thinking, who says that, “critical thinkers tend to challenge the status quo, which isn’t’ always what a boss is after.”  It seems that managers are not happy with young people who can only, “memorize and regurgitate but who struggle to turn book learning into problem solving at work.”

So it looks like American companies want to have it both ways: hire cheap young workers but then expect them to have the ability to think in ways that require training and experience.  Then, of course, hiring managers complain when they can’t find these prodigies—either in America or outside of it.

Somehow I would expect the multi-millionaire CEOs who run our companies to figure this out. After all, they are getting paid for their invaluable contributions to the company.  Many of the readers who commented on the article got it right, however:

You get what you pay for, indeed. If only American business could figure this out and give older American workers a whirl.