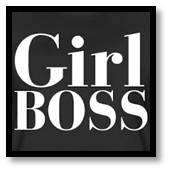 “You’re not the boss of me” rings in my ears.  The source of the statement is a defiant child. He is declaring this with the conviction of all six year olds who don’t want to conform or comply with The Rules. I know the feeling. I have always needed to be the boss of me. My inner child says these words in the voice that lives inside all of us. It’s the Girl Boss Voice.

The truth is most of us are not going to be corporate bosses. We will not run companies, spearhead innovation through venture-funded start-ups or manage large organizations with hundreds of people. This fact carries one big outdated stereotype: if you aren’t up there running the world, someone else is the boss of you.

Not true. Someone else may manage you, but you are the boss of you. Being a Girl Boss is very different than being a work boss, but they share common traits.  Women in successful positions of any kind were Girl Bosses first.

We are all born with characteristics and potential that can be nurtured and directed. Recognizing and celebrating who we are underwrites success and contentment in and out of the workplace. This is not about managing people; it’s about knowing and acknowledging your authenticity. It’s about never letting someone else be the boss of that person.

What Do You Stand For?

When I began my career I experienced gender bias in the workplace through my salary, job responsibilities and career trajectory. Women were stereotyped into “female” departments and roles that implied we were not qualified to be the boss of ourselves let alone others. 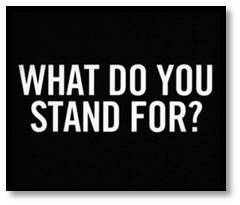 Today women make up more than half the working population and comprise at least fifty percent of graduate school programs in technology, science, medicine and law. Women represent a diversity of fields that include industry CEOs, research pioneers, astronauts, sports and business professionals and even soldiers.

Army General Anne Dunwoody cracked the brass ceiling in 2008 when she became the first female four-star general in both the Army and the U.S. armed forces. She was the commander of the Army Materiel Command, one of the largest commands in the Army, with more than 69,000 employees.  She is the real deal. Recently retired, she is a Girl Boss role model who continues to inspire and mentor young women.

The essential characteristic of women like Ann is the knowledge—deep inside where truth lives—that they are smart and intelligent, confident and humble, persuasive and collaborative.  A Girl Boss knows who she is and what she stands for. Girl Bosses own their mistakes, recognize achievement in others, and fuel their goals with enthusiasm and a passion for excellence.

Clothing defines us. It is what we put on when we show the world we are a Girl Boss. Dress for who you are. It’s not about wearing a suit or showing a brand name, it’s about being comfortable and confident in your clothing and there’s nothing shallow about that.

Women come in all shapes and sizes. What looks good on her won’t always look good on you—but what feels right for you will always look good.   People will judge you by what you wear because first impressions are real. Clothing announces you before you speak a word.  Remember the two basic rules of confidence dressing.

Rule Two:  If more of you is out of your clothing than in, you are wearing the wrong style and size.

A Girl Boss invests in a relationship with a good hair stylist. Her hair flatters her face, age and personality. Girl Boss Fact: you don’t have to color your hair—but you can if you want to.

In a world where body image and style are flaunted by women of all ages, being the boss of yourself means not believing what you see and hear and finding your own truth.

Smart and intelligent. The terms are often used interchangeably but there is a difference. Smart is an earned status. We become smart by studying, learning and applying that knowledge throughout our lives.  We make course corrections when new knowledge says we should. A Girl Boss is book smart and street smart and not afraid to show it.

Intelligence, on the other hand, is something you are born with. It is the measurement of your ability to become smarter through learning. The capacity of your intelligence is defined by your ability to learn. A Girl Boss never loses her passion for learning and uses it to mentor GBs in Training; knowing they will help to build a better world.

You know who you are.

Authors Note:  Sophie Amoruso is the author of the book #Girl Boss, written as a guide for aspiring women entrepreneurs.  While there is no denying Sophie’s success, I found many of her suggestions shallow and without relevance.  However, she did have one quotable sentence…