Facebook is in trouble. Once upon a time there wasn’t a single person I knew who didn’t have the Facebook app on their smartphone or tablet. But in light of recent developments in the social sphere, people are reviewing their love affair and finding the relationship lacking. Facebook is getting a left swipe. 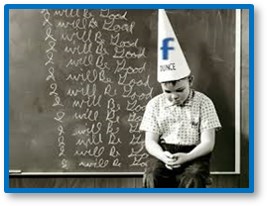 Users are stepping back from privacy-invasive platforms and Facebook is among the first to be kicked to the curb. Twitter, Instagram and Snapchat are holding steady, but The Book has fallen out of favor, especially with Millennials and people like me in the Boomer generation.

Facebook CEO and wunderkind Mark Zuckerberg is feeling the burn. Today only 51 percent of kids age 13 to 17 use Facebook. In 2015 that number was 71 percent, and Facebook was the dominant social media platform. Today Instagram is used by 72 percent of teenagers, and Snapchat by 69 percent.

In January Zuck said his goal for 2018 was “fixing” Facebook’s problems. He was focusing on “abuse and hate, defending against interference by nation states, or making sure that time spent on Facebook is time well spent.”  Like all resolutions, his fell short and he found himself with some ‘splainin’ to do. Think Myanmar.

There was a time when Facebook made us feel good.  We used it to connect with old friends, share pictures, celebrate accomplishments, mourn losses and reunite virtually when real time wasn’t possible.

Regulators began scrutinizing the company and Mark got invited to Capitol Hill for some Facetime with the Senate Judiciary Subcommittee on Crime and Terrorism. Not to be outdone, Zuckerberg was also summoned by the chairman of a UK parliamentary committee in order to explain the company’s “catastrophic failure” to lawmakers.

Not wanting to be left out, The Street gave a vote of no confidence and the The Book took a 20% nosedive. That’s about $120 billion in cash money. For real.

First, Do No Harm

Let’s talk about Cambridge Analytica, a British consulting firm which combined data mining, data brokerage and data analytics during the 2016 election; offering tools that could identify the personalities of voters and influence their behaviors. They were hired by President Trump’s election campaign for $5.9 million. 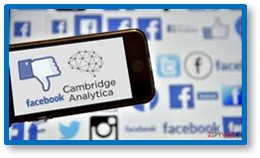 The Cambridge staff helped the campaign identify which voters in the RNC’s data file were most likely to be persuadable, meaning they were undecided but looked likely to swing toward Trump. They also created lists of voters who were most likely to become donors. They compiled their data using private information from more than 50 million Facebook users.

The company claimed to have built extensive personality profiles which it used for “psychographic targeting,” based on personality types. They boasted about having 5,000 data points on every American.

Dancing with the Devil

Where and how did they get it?  In 2014 researchers at Cambridge University created an app for FB users to take a personality survey and pulled private information from their profiles, which Facebook permitted then later banned. Cambridge University declined to work with Cambridge Analytica but one of their professors, a Russian American named Aleksandr Kogan went rogue and built his own app.

Facebook prohibits this kind of data to be sold or transferred for any monetization-related services but Dr. Kogan did exactly that. Using his app, he began harvesting data from Facebook profiles for Cambridge Analytica in 2014.

When the story broke, the company went into a steep decline and flamed out in a few short weeks. You can read the sordid details in a short version here and a longer version here.

Before you do the happy dance it is important to note this snake had more than one head. The company reformed itself as Emerdata Limited, headquartered at the same offices and run by the same management and investors as Cambridge Analytica. It even describes itself as a “data processing, hosting and related activities” organization.

Facebook’s response was a weak one. Zuck said that while the data was obtained by Cambridge Analytica legitimately, Kogan lied to The Book and violated its policies in transferring the data.

Facebook is a platform that connects a third of the world to one another and knows us better than we know ourselves. It knows how to send us pop-up ads, control who sees our postings, and predicts what we will buy from Amazon. It even has the ability to make us feel insecure about ourselves.

And now it has become a political platform. What was once a fun place to connect with friends old and new has become a hot mess of political bias, accusations, smack talking and false facts.

Members are sick of it and calling it quits. I am almost there—reluctant to leave my beloved community but weary of the political toxicity and shaming. I have unfollowed many, unfriended a few and continue to hope things will improve. Mostly because I am too old to learn another platform.

Fix What is Broken

Facebook is famous for the sign hanging in its offices, reflecting Zuckerberg’s business philosophy.  Written in bold red type on a white background the sign says, “Move Fast and Break Things.”

Well, you did Mark. You broke a lot of things, including our ability to trust you, and now you need to fix it. You broke yourself, your company, your community and the vision you created. Own it like Beyoncé and get your shit together.

Man up and admit you made a mess of it. The things you have broken are going to be very difficult to put back together.