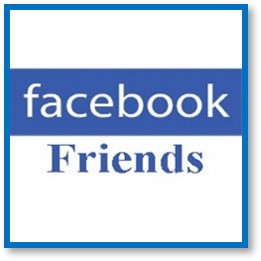 Our social media relationship is special to me because we’re friends, measured in years and separated by distance. Some of us have been friends more years than we willingly admit, because it means we’re getting older. Facebook is how we reconnected and how we stay connected to share our journey—past and present.

We live too far apart to see each other regularly, but the digital world brings us the big and small aspects of our lives in real time. I love seeing photos of your kids and grandkids, your vacations and projects, the garden, beloved pets and of course you!  I look forward to hearing about accomplishments, life changes, joys and concerns. Your political and religious beliefs–not so much.

It’s just that we don’t all embrace the same beliefs. Democracy and freedom of speech is the core of our country and I stand by them, but please don’t use Facebook to push your political and religious platforms. If you must, form a closed group and invite like-minded people into a shared discussion.

When it comes to politics and religion, it’s hard to keep our beliefs rational when we see online posts we disagree with. I tried it a few times and did not like myself.  It’s even harder to refrain from opposing opinions, telling others why they are wrong, along with what they must think, believe and do. Flame on.

Politics and religion bring out deeply rooted points of view. Long-winded manifestos and toxic postings are setting my Facebook feed on fire. The only way to put it out is to unfriend or unfollow the poster. I’ve chosen unfollow, a decision not made lightly.

I have friends with diverse religious (and non-religious) beliefs, as well as friends on both sides of the political fence. I can disagree with them and still respect their beliefs. I just don’t want to do it on social media.

There’s enough political coverage in the mainstream media. Listen to CNN or Fox News, Become active in a local church and find political affiliations that allow you to support, promote and defend the things you believe in. 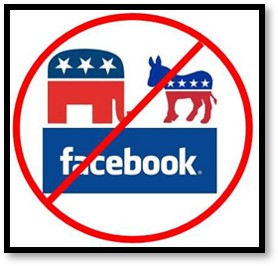 Find like-minded groups that offer ways you can rationally argue for any political party, gay marriage, gun control, and abortion with people who support your views. If getting emotional or insulting the opposing view is your thing, there are groups for that, too. Unfortunately, Facebook has become one of them

On Facebook, the second you get angry, abusive or begin pontificating, the opposition wants to discredit you. I know with certainty you will not change anyone’s mind and converting the non-believer is not really your goal. But shaming, insulting and denigrating those that disagree with you should not be your goal either.

Are You Breaking Up with Me? 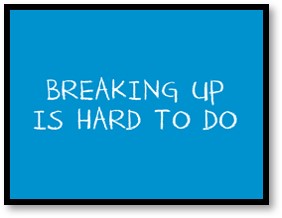 If your posts are limited to regular political or religious rants and manifestos, I no longer wish to see them in my feed. Like Whitney Houston, I will always love you, but I have unfollowed you. We’re still friends (hopefully), and I will defend your right to have and express your opinion, even when it differs from mine. I just don’t want my Facebook feed acting as a political platform—even if I agree with you. You can continue to do it—I just won’t see or hear you. Sadly, this means I may also miss your non-political posts.

Politics and religion are volatile subjects, and chances are because we are friends, we share many of the same opinions, concerns and hopes. If we have been friends a long time, we have likely discussed and argued our points of view with deep conviction over a glass of wine—or two.

However, my social media family is widely diversified, and not everyone shares the same beliefs. That’s OK, because politics and religion are not the reasons I am a Facebook subscriber. I’m here because we’re friends who want to stay connected by the things that made us friends in the first place.

I love a good meme, funny cartoon or well-written (non-inflammatory) article, and that includes those with political or religious overtones because they are informative rather than offensive. When they offer intelligent or humorous reading, it broadens my thinking without forcing anyone’s thinking on me. I also enjoy a good cat video and any recipes you want to share. 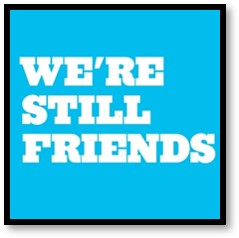 If your actual profession is a pastor or local town or government official, I am always interested in your life and work. Those postings do not offend me; they remind me why I admire you and reinforce the many reasons we became friends.

Facebook is not a battleground—it’s about maintaining friendships, not destroying them. You will never change anyone’s religious or political beliefs on Facebook and you should not try.

Arguing and debating is a waste of time and in the process, the poster often reveals him or herself to be a poorly informed fool. People believe different things. Accept it, agree to disagree and move on.

If you want change, let your vote be your voice.

2 thoughts on “An Open Letter to My Facebook Friends”