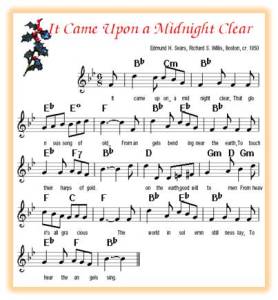 Last year I wrote about the history of the Christmas Carol “O Little Town of Bethlehem,” which was written by the Episcopalian Minister Phillips Brooks based on his experience of riding into Bethlehem on horseback after dinner on Christmas Eve. I learned the story as part of my Boston By Foot tour of the Victorian Back Bay.

We sing these songs of the season, or at least listen to them in stores and malls and restaurants, every year. But we rarely think about where they came from, who created them, and why.

In this year’s post, I talk about the origins of another favorite Carol, “It Came Upon a Midnight Clear.” Although this story doesn’t relate to @BostonByFoot, it does connect to my church, the First Parish of Sudbury, MA. 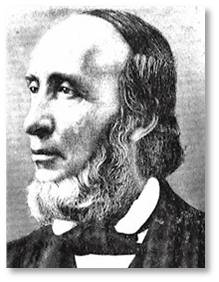 “It Came Upon a Midnight Clear” was written by Edmund Hamilton Sears who was the Unitarian/Universalist minister at the First Parish of Wayland, MA, serving there twice until he retired in 1865. The two towns abut one another, divided by the Sudbury River. The Sudbury congregation was a part of the First Parish in Wayland from 1640 until 1722, when Sudbury built its own church on the west side of the river. This must have made the trip to worship services on Sunday morning much easier.

Rev. Sears, a graduate of Harvard Divinity School, wrote the Carol in 1849 at the request of a friend for the Sunday School children of the Unitarian Church of Quincy, MA. It was published as a poem. “The Angel’s Song” in Boston’s Christian Register that same year. The tune we sing it by today was written by Richard Storrs Willis, a New York organist, a decade later.

This song’s primary message is not praise for the birth of Jesus or the coming of a king, the tale of a cold night in Bethlehem or shepherds watching a miracle, the story Wise Men coming or the holiday’s joy, as it is with most Christmas Carols. Instead the words express the universal hope for peace, as sung by the angels:

“It came upon the midnight clear
That glorious song of old,
From angels bending near the earth,
To touch their harps of gold:
“Peace on the earth, goodwill to men
From heavens all gracious King!”
The world in solemn stillness lay
To hear the angels sing.”

This verse is set in the Biblical past with people listening to the angelic song of peace and goodwill but subsequent verses seem more relevant to Rev. Sears’s time. The Mexican-American War had just ended and Rev. Sears was committed to pacifism, as he would be later to the cause of abolishing slavery. Little did he know that accomplishing the latter would require abandoning the former: The Civil War began six years later just as he left the ministry.

“Still through the cloven skies they come,
With peaceful wings unfurled;
And still their heavenly music floats
O’er all the weary world:
Above its sad and lowly plains
They bend on hovering wing,
And ever o’er its Babel sounds
The blessed angels sing.”

It is fitting that Rev. Sears’s Carol would come to represent the Christmas Day Truce of 1914. This event, which took place on the first Christmas Day of World War I, allowed German and British troops to lay down their guns and walk in peace on the “sad and lowly plain” of No Man’s Land.

Susanne Skinner wrote about this event last year in her post, “Peace on Earth: The Christmas Truce.”  Last week, Dr. Robert Sapolsky of The Wall Street Journal dedicated an article to it as a demonstration of “how even bitter foes can work out rituals of cooperation.”  In “The Spirit of the 1914 Christmas Truce,” Dr. Sapolsky says that the desire for peace amid the Babel sounds of war was so strong that, “The truce mostly held through Christmas and, in some cases, even to the New Year. It took senior officers’ threats for fighting to resume, and such comprehensive battlefront peacemaking never happened again during the Great War.” 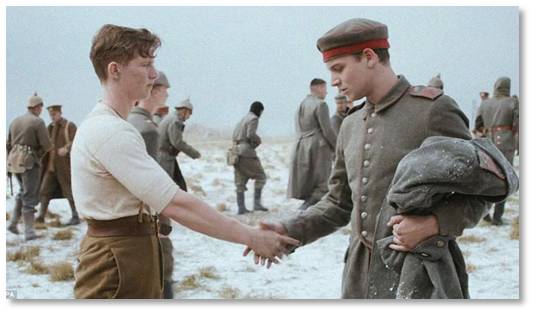 A scene from Sainsbury’s film

The UK’s Sainsbury’s supermarket chain produced a short film dramatizing the Christmas Truce. A 1992 movie based on a similar truce that took place in France in 1944 during World War II was called “A Midnight Clear.”

Today we can use the Carol’s third verse as inspiration for people who are struggling in the face of any number of travails and as a reassurance that they can put down their loads, if only for a moment, and hear the divine song of hope and peace:

“O ye beneath life’s crushing load,
Whose forms are bending low,
Who toil along the climbing way
With painful steps and slow;
Look now, for glad and golden hours
Come swiftly on the wing;
Oh rest beside the weary road
And hear the angels sing.”

Here we are, on the 100th anniversary of the Christmas Truce, 165 years after Rev. Sears wrote “It Came Upon a Midnight Clear,” and seemingly no closer to universal peace than we were then. At times the world has seemed a better place than it does now. There were whole decades without terrorist attacks, suicide bombers, civil wars, insurgencies, collateral damage, or boots on the ground in foreign countries.

In Rev. Sears’s day, wars were fought between armed men in uniform using rules of civilized combat. (One might argue, of course, that “civilized combat” is an oxymoron.) Now wars are fought by men unsanctioned by country or uniform killing women and children as a means of demoralizing the enemy, using rape as method of destabilizing a culture, storing weapons and bombs in schools and hospitals, and accepting the “sacrifice” of civilians who have agreed to no such thing. If ever there was honor in warfare, it does not exist now. We seem to be going in the wrong direction.

At Christmas, however, we put aside for a moment the crushing load of struggle to become better people in a better world and hope for more peaceful times ahead:

“For lo! the days are hastening on,
By prophets seen of old,
When with the ever-circling years
Shall come the time foretold,
When the new heaven and earth shall own
The Prince of Peace, their King,
And the whole world send back the song
Which now the angels sing.”

The next time you sing or hear “It Came Upon a Midnight Clear” remember Edmund Hamilton Sears and wish upon the Christmas star for peace on earth and goodwill toward everyone.