“I am an Army Brat. My hometown is nowhere, my friends are everywhere, and if I haven’t been someplace yesterday, I am sure to go there tomorrow…”
Deborah W. Giusti

The only club I belong to happens to be an exclusive one.There is a single membership requirement and if you lack that credential, you won’t get in. 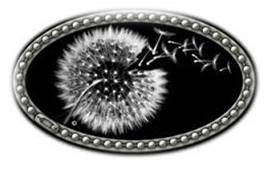 I am proud to be one of an estimated 12 to15 million Military Brats.   The Brat club is dedicated to celebrating our unique heritage and the world cultures that shaped us into the men and women we are today. We belong to an extended family known as the Army, Navy, Air Force Coast Guard and Marines. Our lifestyle was a mobile one; following our military fathers—and now mothers—to new duty stations in new countries.  To us, home was where we put our pants on.

BRAT is a term used to describe children of active-duty U.S. military personnel but it it also an acronym with British origins.  It stands for British Regiment Attached Traveler referring to an officer’s wife and children, who were allowed to accompany them.  (Enlisted men were not permitted to marry.)   Over time it was altered to refer only to the children.  The term stuck and was adopted worldwide.  We wear the label proudly and consider it a term of endearment, acceptance and respect.

Brats are a subculture rooted in parents who served in the United States Armed Forces.  Throughout the years a set of BRAT values, terminology and lifestyle developed, creating an identity so strong that it sets us apart as a group of people.  The commonality of our upbringing binds us together and makes us family for life.

We understand and appreciate diversity to a degree not found in our civilian counterparts because we lived it.  We were brought up in foreign countries with the military way of thinking, doing and accepting, and it never leaves us.  If you have not shared our experience it’s difficult to understand and nearly impossible to explain.

The Brat community is connected through a network of military bases, duty assignments and life experiences unlike any other—yet our identity is not recognized by anyone other than ourselves.  We are America’s oldest but least well-known subculture, invisible to those outside our community.

We know who we are, but other people have trouble figuring us out.  We call no place and every place home.  We speak more than one language, know how to travel light, and communicate with a code of acronyms and abbreviations known only to those in the military.  A BRAT is always the new kid at the lunch table.

Brats are adaptable, resilient and worldly but have trouble with the simple question, “Where are you from?” answered so easily by others.  Many of us grew up and adopted similar lifestyles; others sought the anchor of a permanent home.   No matter where we are, the invisible and unbreakable Brat cord tethers us together. When we meet one another for the first time or the hundredth time it feels like coming home.

The nomadic life of packing and unpacking was familiar ground.  Having known no other way of life it was our definition of normal.  The consistent and organized existence of military parents was instilled in us from birth.  We learned to anticipate a move every three years and found acceptance, friendship and community in the new duty station.  We joined schools with kids just like ourselves—strangers and friends at the same time.

Brats are a unique group of men and women.  Our military upbringing shaped high-achieving, strong-willed, independent, organized and open-minded teenagers who lived these traits when they became adults. 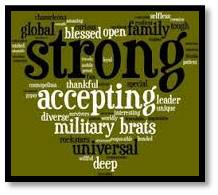 There are no official records for Military Brats.  Congress has, at one time or another recognized almost every culture and subculture—except ours.  It’s time to honor the Brat family, ambassadors for our country in all the countries we called home.  There have been several failed attempts at official recognition through House resolutions that have died in committee.

Brat recognition is now a grass-roots effort started by members of the Brat community, with a special shout out to Bob Holliker.  Bob works tirelessly to shine a bright light on our heritage and is the force behind the Brat Pin.   Our symbol is the dandelion – the official flower of Military Brats.  It seems unusual when you first see it, but is completely rational to those of us who felt the wind blowing us in new directions every few years.  We learned to be weightless and develop strong roots.  Enduring and without pretense, a dandelion will grow anywhere and survives in most climates.  That is who we are.

A word about membership dues is in order here.   The cost is high.  Mine have been paid by my parents; my Dad an artillery officer and Mom a combat nurse, both with boots on the ground in World War II and the Korean War.  They were proud to serve their country in war and in peace.   We must also honor those who paid the ultimate price for this membership by giving their lives, reminding us that freedom is never free.

My Dandelion pin honors my parents and all the armed services members who gave us the name and the amazing life of a military BRAT.  It is a symbol of the fellowship I share with my BRAT brothers and sisters, and I would have it no other way.  My dandelion pin is worn with Army pride and celebrates my BRAT heritage.

I am BRAT and proud!

“We are not defined by ethnicity, religion, geography, or race. You cannot spot us in a crowd. But we, the children of warriors, have been shaped by a culture so powerful we are forever different, forever proud, and forever linked to one another.”
~ Mary Edwards

5 thoughts on “BRAT and Proud”