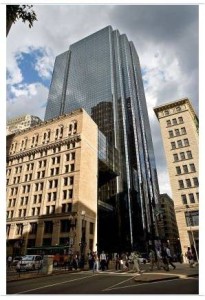 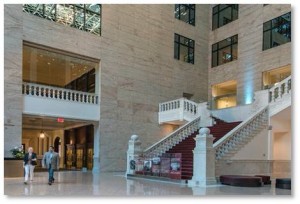 Exchange Place is located at the corner of State Street and Congress Street. The historic portal is at 53 State and when you enter the building  through that door you still pass the enormous bronze lanterns. That side lobby is part of the original structure, as is the Kilby Street lobby, and both are well preserved in their original configuration and finish. The glitzy commercial entrance to Exchange Place is on Congress Street and this provides the best view of the staircase. 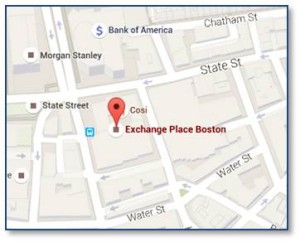 You are free to go in and spend some time looking at the Stock Exchange staircase and reading the detailed information that is included on a sign at its base. This includes a description of the traffic flow through the original building and some excellent archive pictures.