“They tell us what to do and we do it… that’s how it works.
But we do it. We do it, not them. So, it’s on us… all of it.
Philip Jennings in The Americans

I have been thinking about this quote a lot since it was spoken on The Americans a few weeks ago. The character, Philip Jennings is, like his wife Elizabeth, a Russian mole living and working in 1970s America. Both are officers in the KGB. Unlike his wife, however, Philip has been to EST classes and he has gained a level of self-awareness that Elizabeth, a hardline spy and Russian patriot, has not. 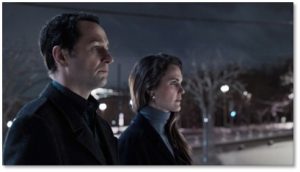 That experience taught Philip the price paid by people who do terrible things, even if for a good cause. It made him re-assess the idea that the end justifies the means, no matter how awful those means are. It opened up a human conscience that the KGB did their best to shut down. He became, for the first time, aware of the abyss that was pulling him in.

As a result, Philip Jennings was seared by the betrayals, the lies, the murders and the deception that were a frequent part of their lives. He knew they were his burden to carry and he could not continue doing the work.

When we’re talking about a fictional TV program, or a book or a movie, it’s easy to see the damage that evil actions have done to someone else. Looking into ourselves to see the damage we are doing individually and as a society is far more difficult.

“Beware that, when fighting monsters, you yourself do not become a monster… for when you gaze long into the abyss. The abyss gazes also into you.”
― Friedrich Nietzsche 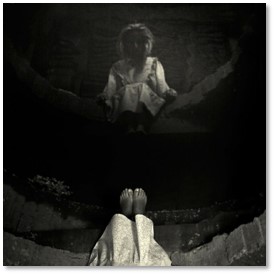 The first time I saw this quote, it was framed and hanging on the wall of an office that belonged to Matthew Bogdanos, the Assistant District Attorney who was prosecuting the men who murdered my husband’s brother. It stopped me. This ADA hunted monsters every day but he knew enough to take care that the process did not harden him and blind him to what was right.

I’m not so sure about a lot of people in the United States today. I fear that many are being pulled into the abyss, all the while thinking that they are standing up for something important. They look into the mirror every morning and see a hero without ever noticing the fur and the horns and the teeth staring back at them.

Believe it or not, I’m not speaking about today’s political climate.

A Pipeline of Filth 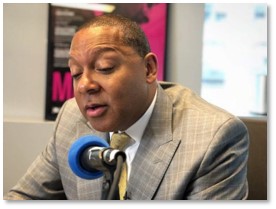 I thought about Philip Jennings last month when Boston Globe columnist Reneé Graham took musician and composer Wynton Marsalis to task for his criticism of rap music. Mr. Marsalis has described rap as a “pipeline of filth” and compared it to minstrel shows in its deleterious effect on culture—particularly black culture.

Ms. Graham scolded him because she saw his long-time criticism as “respectability politics,” which means acting according to how white people define a respectable person. She does not see a connection between Mr. Marsalis’s “notion of respectability” and rap as “injurious to African-Americans.”

Now, I’m a suburban white woman so I have no street cred in this particular argument. But I do have a brain and I can see that black people calling one another bitches and hoes and dogs does not create a positive culture. It does not promote respect for one another, irrespective of what white people think.

Earlier this year, I visited my chiropractor, who brings his dog (large, white, fluffy) to work. For some reason I have a mental block about the dog’s name, even though I have heard it multiple times. As I was leaving, a young black man was sitting in the waiting room, filling out the multiple forms that health care requires of us today. I looked at the animal sprawled on the waiting room floor and said, “Bye, dog.” The man looked up and smiled at me, about to greet me until he realized I was not talking to him. He thought “dog” was an acceptable form of address and responded to it. It startled me.

Would They Say It in Wakanda?

If you embrace a music that is nihilistic, misogynistic, vulgar, mean-spirited, and violent, does that not damage you after a while? I can’t imagine T’Challa or the other residents of Wakanda calling one another by names that white racists invented to demean their race and still use today.

Wakandans speak respectfully to one another, not in reaction to what white people think—they don’t give a fig what white people think—but because they respect one another. They may be fictional characters but they see no value in what Mr. Marsalis calls, “the pathology of Black Americans and others who choose to publicly humiliate themselves for the appetites of those who don’t share the same ongoing history and challenges.”

At a previous company, I had a young black man on my staff. One day he wondered what he was going to tell his children when they asked what music he listened to as a young man. “I can’t let them listen to rap,” he said. All I could think of was a little boy asking, “He wants to do what to Momma?”

Well, if you want to protect your future children from a pipeline of filth, should you not wonder why you are listening to it now? And whether it’s pulling you closer to the abyss? If you embrace and even celebrate evil things for whatever reasons, is that not on you? All of it?

It’s All Around Us 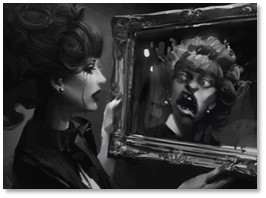 I’m using Ms. Graham’s rap editorial as an example of what I mean—and what Philip Jennings said so clearly. But we can easily find other examples around us all the time.

The abyss is why actor Mandy Patinkin left the TV show Criminal Minds. He called doing the show the “biggest public mistake” he had ever made. Mr. Patinkin said,

“I thought it was something very different. I never thought they were going to kill and rape all these women every night, every day, week after week, year after year. It was very destructive to my soul and my personality.”

The Abyss Around Us

Nietzsche’s abyss is all around us and its pull can be very strong. We have to think about what we’re doing, what we’re exposing ourselves to, and how it is affecting us as human beings with actual souls. Sometimes I think that, instead of backing away from the edge, we’re digging ourselves deeper. We have to pull ourselves away from the abyss and check that mirror very carefully for signs of monsterhood. Because the abyss is a really, really bad place to be and no one wants to become a monster.