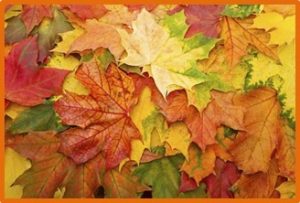 The summer air is gone. I wake up in the morning to mist rising off the lake across from our house and evenings are crisp and cool. Days are getting shorter and I’ve added a jacket to my morning routine. The corn stalks are dried and tied and the last tomatoes have been picked. We turned on the heat — our final good-bye to summer.

New England is showing off her leaves. Autumn is here and I’m in the transition kitchen preparing things that reflect Indian Summer days and chilly nights. It’s time to put a blanket on the bed and warm ourselves with food.

Soup is Good Food in the Transition Kitchen

Fall says soup to me; hearty soups with thick broth that stick to your ribs and fill the kitchen with good smells. Soup can be a meal, and my new favorite cookbook is by an old favorite author. Anna Thomas, known for her Vegetarian Epicure books, has written a book just for soup. Love Soup is a James Beard winner, and it’s filled with seasonal recipes.

Green Soup is really a template for whatever you want to add. I am not a fan of cilantro, so I swap it out with chives, parsley or anything else green. It screams healthy, but it also tastes good—and that’s a requirement!

Soup in a slow cooker is dinner done when you get home. A chilly night calls for some Chicken Tortilla Soup; serve it with this autumn rainbow salad and a French baguette and fill yourself with flavor.

Restaurant copycat recipes are easily made with a quick Google search. I made this Zuppa Toscana when one of our kids requested it. The kale fan club is short a few members in our house so I substituted fresh baby spinach.

A family favorite is Hamburger Soup; or as our kids renamed it—garbage soup. That’s because I use the basic recipe, then clean out the fridge and use up any veggies that have overstayed their welcome.

Another nice thing about soup is its ability to become a great leftover. They taste even better the second day.

America has an obsession with pumpkin, adding it to everything from coffee to cakes.  Pumpkin has a distinct flavor, and IMHO does not go with everything we put it in. Too much pumpkin overpowers the flavors of whatever you are eating or drinking. 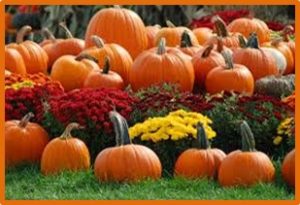 A little goes a long way. For dessert, pumpkin and apples go well together because each balances the other. I have a fondness for Bundt cakes because they are easy and feed a crowd. This apple and pumpkin version is really delicious and a top seller at fall bake sales.

Pumpkin waffles are a great way to start a weekend morning. This recipe works because it has buttermilk, whole wheat flour, brown sugar and a just a touch of spice to compliment the pumpkin.

Pumpkin does itself proud in bread recipes, and this pull-apart pumpkin loaf is easy and different. It uses refrigerated pull-apart flaky biscuits and a can of pumpkin pie mix. It’s a nice alternative to more traditional bread recipes.

It wouldn’t be fall without apple cider donuts. These bites of deliciousness need one thing to make them shine, and that thing is boiled apple cider. I order mine but you can make it yourself.  It’s not hard, just time consuming. Start with one gallon of good fresh pressed cider and boil it down to two cups. Here’s the recipe if you feel inspired. 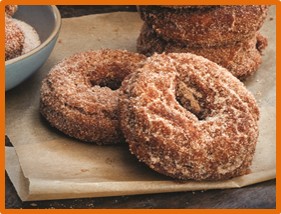 Apple cider donuts have New England written all over them. These are fried, and despite my commitment to healthy eating, are worthwhile indulgences. I have also done baked versions, and this one nails it.  You need a donut pan and the results are delicious. You could also forego the donut pan and just make muffins; they’ll be just as good!

A cup of spiced tea, a warm afghan over your legs and a book to read are the perfect combination on an autumn night. I add a dog—but that’s because I have one. This tea recipe can be made in a big batch and reheated. I use decaffeinated tea since I enjoy it at night.

Hot spiced cider is also a favorite and you can amp it up with a shot of rum for a little kick. Fresh-pressed cider is the best, it avoids the processing and preservatives found in grocery-store versions. 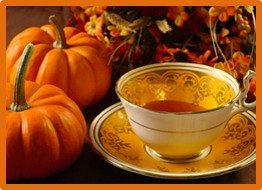 Need something sweet to go with that tea?  Warm apple crisp is just the thing. There are so many recipes out there, but the best ones always include oatmeal, fresh lemon juice over newly harvested apples, and of course cinnamon. Always add more cinnamon than the recipes calls for. Be fearless and guild the lily with some really good vanilla ice cream. Consumer Reports bestows this honor upon Ben and Jerrys and Haagen Dazs.

Winter is Coming for the Transition Kitchen

I love the fall for its beauty, spiciness and rich colors. But winter comes after fall, and here in New England it can arrive with a vengeance and put you in a deep freeze for months. These recipes are not only great summer transitions; they will ease you into the colder weather…because winter is coming.