Skip to primary content
Three programs either currently running on TV or about to return fit into my favorite kind of science fiction–the apocalypse and what comes after. They’re all on different channels and, unfortunately, I think only one of them really works well. 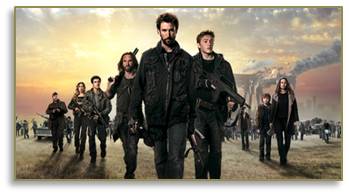 The science fiction literary genre encompasses many sub-categories like space travel, time travel, robotics, cyberpunk, and steampunk.  One of my favorites is post-apocalyptic dystopian fiction.

That’s a big term for a story in which nearly all of humanity dies, civilization is in ruins, and the survivors try to survive and regroup.

The Four Parts of the Apocalypse 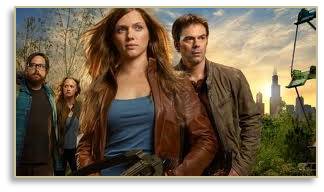 In some ways, these books are like video games because the reader imagines how he/she would react. We all think, of course, that we would be at least as brave and resourceful as the hero or heroine.

We know in our hearts that we would keep our heads in a crisis and react in all the right ways.  Sometimes we think of things that don’t occur to the characters in the book. We know that we would never eat funny meat.

So what form do the TV shows take?  Here’s the run-down: