The effects of Alzheimer’s disease and dementia are an ever-growing concern for the aging, for caregivers of older parents, and for the medical profession. The disease causes pain and agony for the sufferer and can be equally as distressing for those who see the loved one lose their memory and ability to function. 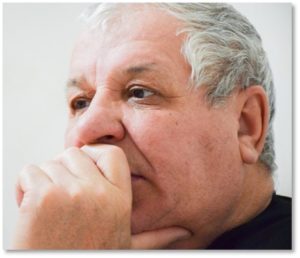 The medical and research communities are increasingly tasked with serving the 5.5 million sufferers of Alzheimer’s, including 200,000 or more with the early-onset variety.

Many people have questions and misconceptions related to Alzheimer’s disease and dementia. You may be looking for answers to your most critical questions. We’re going to walk you through the how, what, and why of Alzheimer’s and dementia, Alzheimer’s symptoms, and Alzheimer’s stages, tests, and treatments.

Can You Prevent Alzheimer’s Disease?

Much is still unknown about Alzheimer’s and dementia, including the exact causes and mechanisms. Therefore, no exact preventive measures have proven to be successful. Theories that certain mental or physical activities or dietary regimes may prevent Alzheimer’s have produced discrepant results.

One of the strongest connections to lowering risk is not smoking. In some studies, taking part in mental games and mentally challenging study correlates to lower incidence of Alzheimer’s disease. However, none of these measures can prevent the development with any certainty.

Many other diets, foods and vegetables have been studied without consistent enough results to conclude a relationship. Always keep in mind, however, that correlation doesn’t imply causation. Future areas of research may provide better guidance on the complex role of diet on Alzheimer’s.

Genetics appears to be the largest factor in Alzheimer’s disease, but not exclusively so. The exact causes and mechanism of action of Alzheimer’s is not clearly understood at this time. 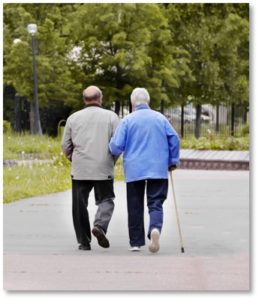 Alzheimer’s is generally considered to be primarily genetic, with a complex interaction of lifestyle and environmental factors that is yet to be determined. The combined factors include genes, lifestyle, environment, and a host of other possible factors.

One variant of Alzheimer’s, the early onset familial version, is linked to changes in certain genes and is strongly genetic. Experts theorize that mutations may disrupt processes and cause growth of amyloid in the brain. This type is exceptionally rare, however.

What Are the Symptoms of Alzheimer’s?

Many people may wonder if they are beginning to develop Alzheimer’s. Caretakers may also want to determine if a loved one’s symptoms are related to developing Alzheimer’s disease or simply caused by getting older.

Other executive functions such as writing or speaking may also be diminished. Alzheimer’s sufferers may become confused as to where they are or what day or time it is. They may not be able to complete simple daily tasks or routines. Higher-order problem solving will also likely be affected.

To some degree, these symptoms may be attributed to stress, normal aging, other forms of dementia, along with other factors, making it challenging for a person to self-diagnose Alzheimer’s. If you or someone you care for exhibits some of these symptoms, consult a medical professional who can help determine their seriousness and cause.

What Are the Different Stages of Alzheimer’s Disease? 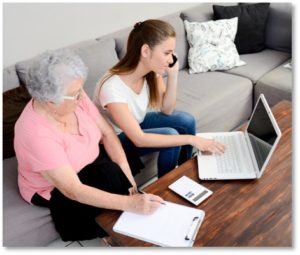 The progression of Alzheimer’s disease can be broken into either three or seven stages depending on the level of detail. In general, there are mild, moderate, and severe stages.

By the end of this stage, the sufferer can still complete basic functions of eating, sleeping, and hygiene by themselves, but any more complex tasks are beyond reach. The moderate-severe will often forget details of short- and long-term, as well as how to perform functions around the house.

Since this progression cannot be halted, care must focus on comfort of the patient and not a cure. Additionally, thought should be given to caretaker wellbeing during this process, which can be so difficult and emotionally taxing.

What Is the Treatment for Alzheimer’s Disease?

Sadly, there is no cure or effective treatment for Alzheimer’s disease. The main medical practice is to provide palliative care, try medications which can have sporadic effects, and provide support for the caregivers. A few recommendations to help slow some of the symptoms are available.

What’s the Difference Between Dementia and Alzheimer’s?

The terms Alzheimer’s disease and dementia are often utilized synonymously, but this is not the correct interpretation. Dementia is a much broader term that encompasses almost any disease of the brain that causes memory symptoms.

Dementia is not an exact single diagnosis at all. It can be seen as a syndrome or description of one or more processes that are affecting one’s cognition. Often dementia is diagnosed when the pervasive symptoms include memory, executive functioning, and similar deficiencies or degenerations. Dementia can be caused by Alzheimer’s, infectious diseases, autoimmune diseases, prior diseases, or other causes.

Can Young People Have Alzheimer’s?

Cases under age 40 have been recorded periodically, but are very rare. It is possible, however, for the beginning and preclinical stages to start in the thirties or earlier. Much is still unknown about the exact causes and development of Alzheimer’s disease.

Improved brain imaging and enhanced study are beginning to shed light on the earliest stages of the disease. Future developments may help detect possible sufferers at earlier ages. 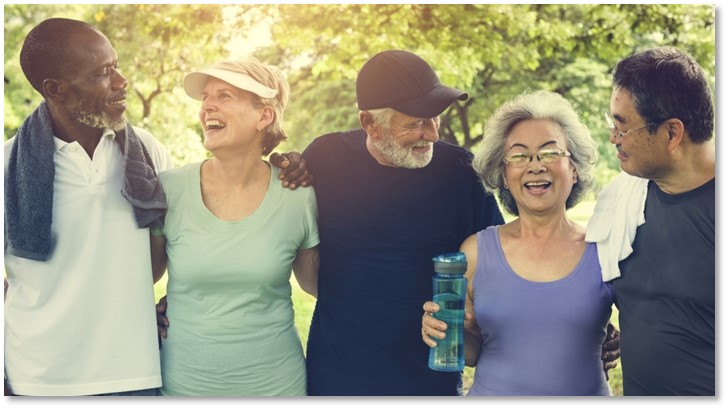 Since Alzheimer’s is considered predominantly an elderly disease, anyone below age 65 who develops the disease is considered to be early onset. Though it’s a small percentage, many thousands of people in their forties and fifties will develop the disease. Therefore, remember to bring any symptoms to the attention of your physician.

It also should be noted that some forms of dementia can occur at any age. These types can be affected by infectious disease, prions, vascular disease or injury, or autoimmune conditions. Though it is very unlikely that symptoms at young ages are Alzheimer’s, these other dementia disorders are possible. A physician should be consulted if you are worried.

Some emerging research has seen possible precursors of Alzheimer’s in younger ages. Amyloid proteins in the brain were observed in subjects in the early twenties. Amyloids almost always build up in Alzheimer’s patients, and scientists hypothesize these observations show the beginning of the build-up. Replicating and interpreting this emerging finding may be a new area of research that helps illuminate the earliest onset of Alzheimer’s disease or its precursor.

You cannot determine if you have early onset Alzheimer’s on your own. It can be very difficult to attribute any changes in cognitive function to any particular disease. You or those around you may have noticed some changes in your memory, mental state, or other concerning changes, however. These conditions can’t immediately be attributed to Alzheimer’s but should get your attention and cause you to act.

Most importantly, if you are suffering from changing mental symptoms, consult a physician. Many conditions which may or may not be serious cause some of the same symptoms. Only a doctor can provide professional diagnosis or perform an Alzheimer’s test.