Tonight is Hollywood’s big celebration of itself @OscarCeremony and we all tune in to root for our favorites. This year, two of the movies nominated for Best Picture deal with actual historical events and both have had controversy swirling around them. #Argo and @Zero DarkThirty both tell stories about events that actually happened. The controversies are based on how true to the facts these movies actually may be. Are they “based on facts,” “ripped from the headlines,” basically true but dramatized, or just possessed of a little “truthiness?”
There are lots of opinions out there for this Academy Awards ceremony but they don’t necessarily agree.

Jimmy Carter tells Piers Morgan that Argo doesn’t’ give enough credit to the Canadians, who were the real heroes—and former Canadian ambassador Ken Taylor agrees with him. On NPR, Gary Sick, who was the Iran specialist in the Carter administration, goes into more detail on what actually happened and what was dramatized, such as the security gauntlet at the airport.  And Sandy Schaefer on Screenrant wonders whether the movie would have been better if it had stuck closer to the truth.

For Zero Dark Thirty, the question of accuracy concerns two things: (1) whether it “glorifies” the use of torture and depicts it as contributing valuable information to the hunt for Bin Laden; and (2) how the film condenses years of information gathering and analysis into a short period of time and a large group of people into a few imaginary characters.  In regard to torture, the New York Timessays that, “senior officials, right up to the president himself, were misled about the enhanced interrogation program.”  OpEdNews.com wonders whether, “a person who stands by knowingly as a crime is committed, and willingly uses the products of that crime might in fact have the same degree of guilt as the person directly committing the crime.”
The Wall Street Journal prefers Zero Dark Thirty as being “largely faithful to reality,” and actually “understands the fight against Islamist terrorism.”  Meanwhile, Reuters says that it, “fails to capture the true nature of the work of those involved in his hunt and capture.”
I think it’s interesting that everyone has a different take on the torture scenes.  I felt that they depicted the actions of the Bush/Cheney/Rumsfeld administration without showing that any real value derived from the torture. In the end, it’s Maya’s determination and perseverance that lead her to Bin Laden.

So much of this online analysis is available that you can spend days reading it all.  Here’s what I think: they’re both movies that mix truth and fiction to produce a bankable product. Zero Dark Thirty is a colder, more dispassionate film while Argo has you on your feet and cheering for something that happened 30 years ago. We knew how both stories ended when we walked into the theater, so it’s really a matter of which approach you prefer—or which movie did a better job of entertaining you. Personally, I loved Argo and I’m rooting for it tonight despite any flaws, although I think the award is more likely to go to Lincoln. 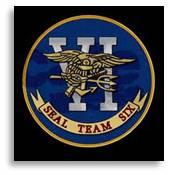 In watching these movies, I also noticed something else.  The men and women who were actually involved in both real events did so with a calm, confident professionalism that contrasted vividly with Hollywood’s usual action-hero braggadocio. They say it ain’t bragging if you can do it, but the fact is, that the folks who really can do it, don’t brag.  Whether it’s exfiltration expert Tony Mendez going into Iran to get the American diplomats out, Ambassador Ken Taylor putting himself at risk by harboring them, or Seal Team Six carrying out the raid in Abbottabad, they go about their work the way we would want them to do.  No one says, “Make my day,” or “I’ll be back,” or, “Yippee-Ky-Yay MF.”
I understand why screenwriters put this kind of rallying cry into the script but both Argo and Zero Dark Thirty prove that it isn’t needed and, if fact, the movies can be far more gripping without the bragging.