“Those who cannot remember the past are condemned to repeat it.”
— George Santayana 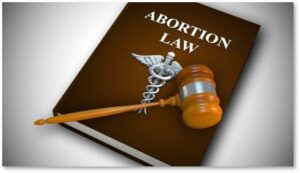 Given that the United States appears prepared to repeat its past, we should keep Prof. Santayana’s quote in mind. History tells us that unpopular laws promulgated by an authority that has lost its credibility will likely be broken—and with impunity. That combination has had effects in America’s past that ranged from flouting the law to protesting it to outright rebellion against authority. It has led to unintended but long-lasting consequences.

To illustrate my point, l look back no further than Prohibition. 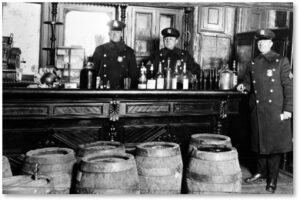 The 18th Amendment to the U.S. Constitution was ratified by the states on January 16, 1919 and officially went into effect on January 17, 1920, with the passage of the Volstead Act. It banned “the manufacture, transportation and sale of intoxicating liquors.”

The Volstead Act had good intentions—to reduce alcohol consumption, which in turn would reduce: crime, poverty, death rates, and improve both the economy, and the quality of life for all Americans. That sounds so reasonable. Who could argue with such goals?

It turns out that millions of people did. Americans liked drinking and resented the government’s attempt to not only take it away but to make its consumption a crime. They had little respect for the Volstead Act and thus saw no harm in breaking it. The Volstead Act failed and that failure set in motion societal changes far worse and more long-lasting than the problem it aimed to solve.

The law failed because it tried to solve the problem by drying up the supply while penalizing the demand.

Some of Prohibition’s changes haunt us to this day, although we long ago forgot how they began. Here are 20 that are obvious once you think about them:

The Law of Supply and Demand 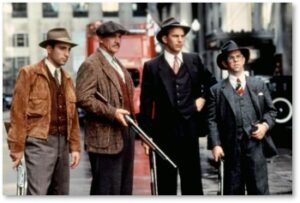 Think of all the movies and TV shows you’ve seen that involve Prohibition. At least as many glorify the crooks as the cops—and I would venture it’s a lot more than that. We’ve seen more depictions of Al Capone, Lucky Luciano, and Bugsy Siegel than of Eliot Ness.

Law-abiding people turned into law-breaking drinkers almost overnight. That disrespect for the rule of law extended into the highest levels of local, state, and federal governments.

My point, and I do have one, is that the government can’t change the law of supply and demand, no matter what laws it passes or what penalties it levies. Also, simple but unpopular solutions that involve punitive outcomes often have unintended consequences.

The same lesson applies to abortion.

We know how to minimize abortions because European countries have done it. The answer lies in six simple steps:

That’s it. These six methods effectively reduce abortions because they reduce demand. We know that outlawing abortions doesn’t work because we’ve tried it before. I’m old enough to remember when abortion was illegal. I also remember raids on places and people who provided abortions. Some were back-alley butchers while others were “speakeasy” clinics run by doctors and nurses.

On the demand side we had desperate women. The supply side was provided by people seeking to make money.

Outlawing abortion didn’t work then and it won’t work now because there will always be a supply to meet the demand. it doesn’t matter whether it’s alcohol, drugs, tulip bulbs, concert tickets, or abortions. The unintended consequences of the Supreme Court’s extremist ruling are waiting in the wings, along with its final text.

NOTE: Please do not write comments arguing either side of the abortion debate.
That is not what this post is about.