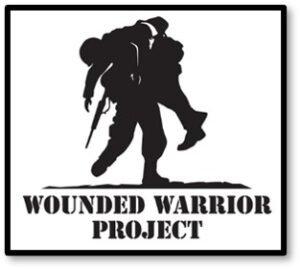 In February of 2016 I wrote a blog titled “Wounded Warrior Project: Charity or Investment Bank,” which raised questions about the authenticity of the organization. At that time, the charity did not receive credible reviews in the media and through Charity Navigator.

Last week one of our readers requested an update to this very important topic and I’m happy to oblige. Is there notable improvement in this organization?

The answer depends on where you look.

The mission of WWP is to honor and empower wounded warriors. In my opinion they were not even close to succeeding under the leadership of CEO Steven Nardizzi. As a non-veteran earning an annual salary of $500K he came under the microscope in the CBS expose highlighting extravagant spending and allocation of funds. Former staff members did not hold back when describing the toxic leadership and culture and the organization’s failure to live up to its mission.

In 2016 WWP terminated Mr. Nardizzi and retired U.S. Army Lt. General Michael Linnington, a 35-year miliary veteran, stepped in. His career includes three tours in combat operations and key command positions around the world. His mission: clean it up, improve the WWP’s public image and create campaigns that supports WWP’s cause.

Mr. Linnington’s starting salary was $280,00, just over half of Mr. Nardizzi’s. As of 2020 his salary is listed at $338,663, which is in line with CEOs in similar positions. He made significant and immediate changes by cutting staff and spending. He also hired a PR firm to assist in rebuilding WWP’s damaged credibility and organizational culture.

Unfortunately, the board of directors that originally underwrote Mr. Nardizzi’s running of the charity remains in place. That is a red flag when asking the question posed at the top. 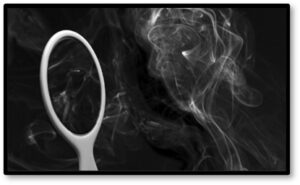 The lines remain blurred. the Wounded Warrior Project depends on their ability to generate awareness in the communities they serve and transparency in the use of their donations. Under Mr. Linnington’s leadership they regained some ground, but not enough change has taken place to pull this charity to the top of my list.

Under the Charity Watch rating system, Wounded Warrior Project receives a C+, up from a C in 2015. As of 2018, 64% of WWP spending funds programs, up from the 54% in 2016. These are good changes, but not big ones. This site gives the charity a score of 86.49, earning them a 3-star rating. According to their site, donors can “give with confidence.”

Charity Navigator’s new ratings reflect FY 2019 numbers, claiming 100% of donations support wounded warriors; but it’s all in how you spin the words and the numbers. The 2020 report claims $19 million goes directly to support programs but it is impossible to find a number that definitively states how much actually goes to the individuals themselves. Red Flag.

Doing What They Claim to Do

When it comes down to it, it is critical to find charities that do what they claim to do with the money you donate. Just as important is researching complaints and allegations   before accepting reports that seek to discredit them. If you are considering a donation, do your homework.

Charities supporting wounded veterans do important work and their goal must be to help more than they profit.  WWP still falls short when it comes to financial transparency, and it is still unclear what percentage of its funds goes directly to those it is helping.

The Wounded Warrior Project is the largest veteran’s charity in the United States and receives more than $300 million in annual donations. That places it at the top of veterans-based charities. While true, they still lack transparent reporting about how they spend those millions. 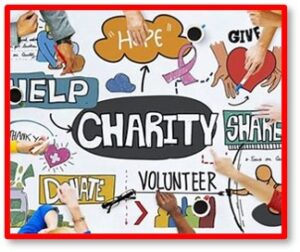 When researching organizations that support wounded veterans WWP shows up high on search engine queries. But when drilling down and refining the search, they do not appear in the top ten recommended charities. That tells you something.

For those wishing to contribute to an organization that aids our wounded veterans, Fisher House Foundation remains at the top of the list. It is one of the most well-known and well-regarded organizations, donating over 90 percent of its contributions and expenses back to the programs and services it provides to veterans and their families.

According to the 2018 U.S. Census, 18 million Americans, or about seven percent of the adult population, are veterans of the U.S. Armed Forces, ranging in age from 18 to over 100 years old.

In 2019 about 1.66 million veterans had a service-connected disability rating of 70 percent or higher, meaning they are unable to live on their own without the aid of a daily caregiver. One out of every ten veterans alive today suffered serious injuries while serving in the military. Research estimates 2.2 million U.S. combat-wounded veterans (as opposed those who served) are alive today.

The government agency responsible for ensuring veterans are cared for upon their return from war is the U.S. Department of Veterans Affairs. The high number of veterans in the country today underwrites their financial outlay of $199.58 billion in 2019 and projected increase to $284.6 billion in 2025.

The following list of charities is highly rated and worth your attention if you are considering a donation.

As the child of two combat veterans, I can tell you my parents saw things no one should see. Both of them likely had some form of post-traumatic stress disorder (PTSD), though it was not a diagnosis until 1980. Dad called it shell shock and every soldier he knew came home with it.

Service members suffer hidden as well as visible post war trauma. These organizations provide a broad spectrum of services to veterans in need. Your donation can change a life.