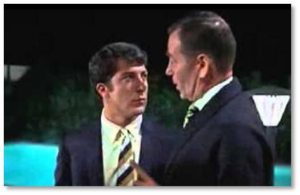 We hear a lot about the “skills gap” when it comes to jobs in Science, Technology, Engineering, and Math (STEM). But how much do these jobs really pay when you can find one that hasn’t been outsourced, offshored, or given to an H-1B Visa holder?  CareerCast now tells us the bottom line for jobs in IT and Engineering. Then Mic.com puts the information in context with all other jobs in the U.S.

The 10 Best-paying Jobs in Order

CareerCast’s report on “The 10 Best Jobs in IT and Engineering” gives us the salaries and growth potential for jobs in those areas. It does not, however, break them out by industry except for environment and petroleum. I find it odd that CareerCast would ignore robotics given that a new development in this industry appears in the news almost every day. Organizations by nature usually look backward with more clarity than they look forward.

Given that, here are CareerCast’s 10 best jobs ranked by Annual Media Salary: 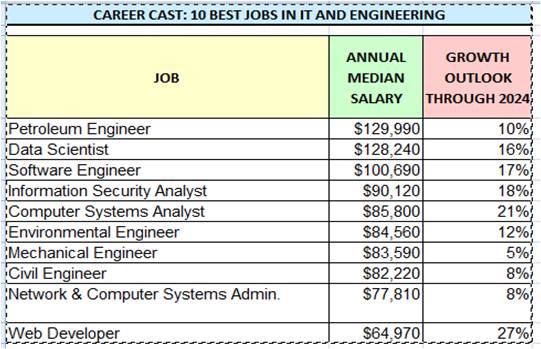 And here are the same jobs in order of Growth Outlook Through 2024: 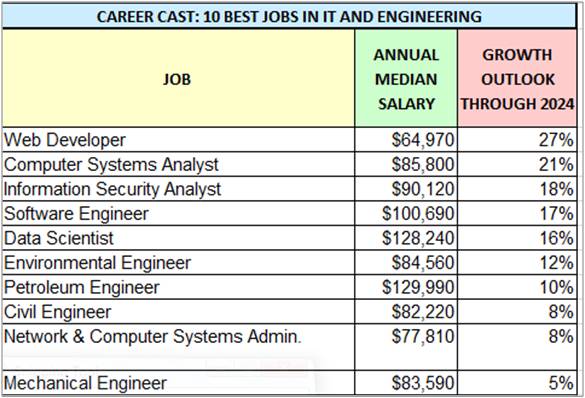 You can clearly see a few differences. Petroleum Engineer pays well now but maybe not so much by 2023. Web Developer, on the other hand, doesn’t pay all that well but has top growth potential. Take a look at the two charts and you can see which one hits the right spot for college students currently studying IT and engineering. It will give them something to shoot for.

If you want to see the entire report, it’s here on CareerCast’s website.

IT and Engineering Among All Jobs

On the third hand, we can see where IT and Engineering fit into Mic.com’s report on the 30 best-paying jobs across all industries in the United States. Just scanning the list will tell you to chuck that IT/Engineering major and go into health care because that’s where the big bucks and the best growth potential lie.

I suppose it’s possible to automate health care but I, for one, have no desire to get into the dentist’s chair know that the drill will be wielded by a robot. Just the thought of it gives me cold chills.

Notice a few differences between the lists. CareerCast uses Annual Median Salary while Mic.com uses Average Annual Pay. There can be a big difference between Median and Average. Also, Mic.com measure growth projected from 2014 to 2024. I’m not sure how much difference that makes.

Here is Mic.com’s list of the top 30 best-paying jobs organized by Average Annual Pay from highest to lowest: 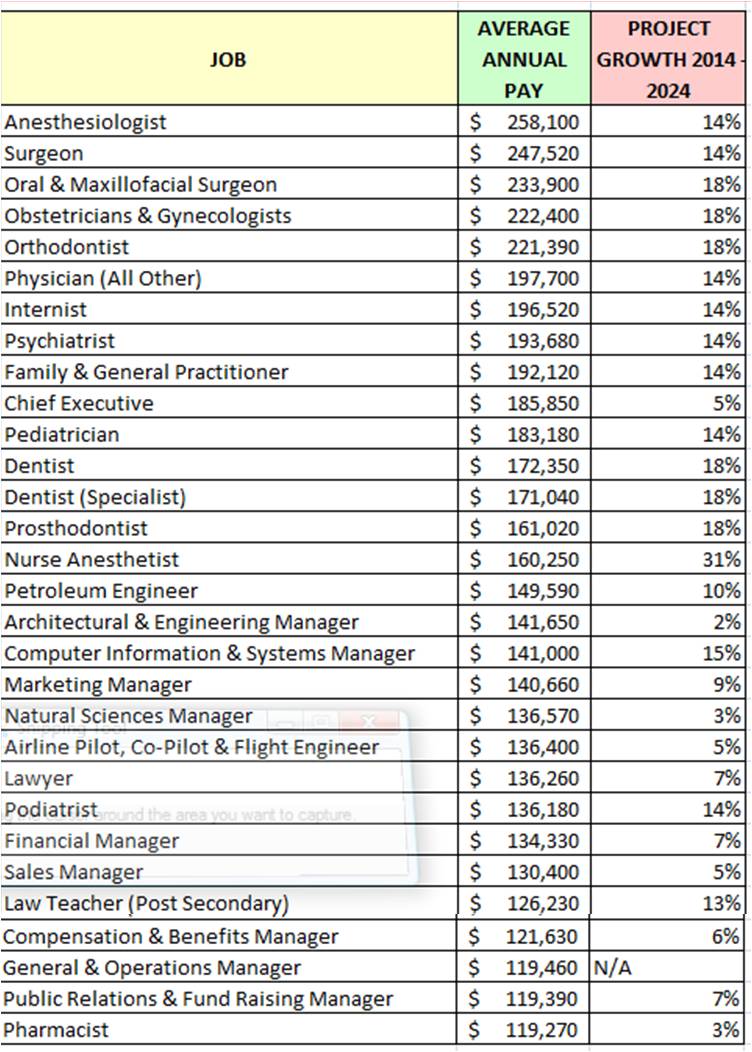 When I sort the same list in order of growth potential, health care jobs still come out on top with consistent double-digit growth rates.

The only number that really surprised me is the one for Chief Executive. Mic.com explains this as, “We’ve all read about CEOs whose pay greatly exceeds the $185,000 average here. But there are plenty of CEOs who lead their organizations without making millions.” While this is true, Mic.com’s analysis uses the average, not the median, and I would think those mega-million-dollar executives would pull this number up significantly.

So there you have it: the bucks and the big bucks—but not the mega bucks. Those often come less from jobs than from big, risk-taking ventures.  Even so, Mic.com could have included jobs like investment banker, venture capitalist, and hedge fund managers. That would jack those numbers right up into the seven-figure range.

Soon-to-be graduates, are you listening?