Privilege: an invisible package of unearned assets that I can count on cashing in each day, but about which I was meant to remain oblivious.  ~ Peggy McIntosh

What are you looking at me for?  ~ Everyone. Everywhere. 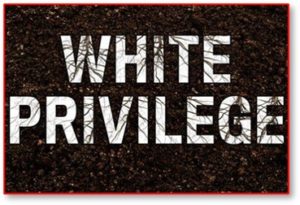 Long before the tragedy of George Floyd, I was aware of racism. I grew up in the era of Eldridge Cleaver, James Baldwin, and Malcom X, human rights activists known for racial advocacy. But I also grew up outside of the United States. My military extended family was one of many colors. Racism, although real, did not impact me like it does today.

What happened to George Floyd is nothing new, at least not to me. What is new is the worst kind of brutality, tolerated by people of privilege, remaining silent. America, speak up and do something.

Wait—what are you looking at me for? You’re confusing me with someone else…

But I am white, and I live in a racially structured society. That means I have white privilege. I am someone else.

I am not even sure what white privilege means. I researched the term and learned it was coined in 1988 by Peggy McIntosh, a Wellesley College women’s studies scholar. Her essay, White Privilege: Unpacking the Invisible Knapsack, (a must read) provides relatable examples of what these words imply. She is not wrong. She’s talking about me.

The concept of white privilege is the assertion that white skin gives those who live in a racist society unearned privileges not available to people of color. White privilege is largely invisible and unacknowledged by those who have it. (Still me.)

McIntosh lists 26 privileges (remember, this is 1988) in which one race has advantages over others. She asserts that many aspects of everyday life that white people take for granted are not available to people of color. (Me. Again.)

White people (Sigh – still me) need to step up and be conscious of those privileges.  We have a responsibility to reject or change them with respect to people of color.

McIntosh’s writing pulled me up short; I began thinking about ways white privilege manifests itself in my life.

Black and brown people are racially targeted because they fit the description. I will never know what this feel like. Ever. 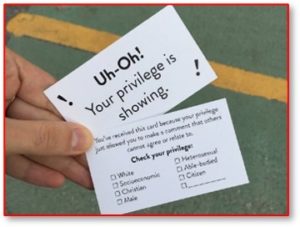 The reality is that racism has not gone away. It adapts to the times. History has chosen to overlook or diminish the history of white supremacy, but it continues to reinvent itself. It points to so much more than bad cops. It speaks to a broken system.

People of color are not the only targeted group. Gay Americans in the 1950s and 1960s confronted an anti-gay legal system. Harassment of homosexuals and transgender people by New York City police in 1969 culminated in the Stonewall riots. Triggered by a police raid on a gay bar; the protests are considered one of the landmark events in  the gay liberation movement and the ongoing fight for LGBTQ rights.

Twenty-nine years ago, Rodney King, a black man, was stopped for speeding and drunk driving. He was pulled from his car in front of an apartment building and was brutally beaten, kicked, and clubbed 56 times by four white Los Angeles police officers, even after he was on the ground.

George Holliday, a resident of the building, videotaped the incident and gave the tape to a local television station. America watched in horror. A jury of two blacks, one Hispanic and nine white people returned a verdict of not guilty, despite taped evidence.

Mayor Tom Bradley declared the verdict senseless with the words, “The jury’s verdict will never blind the world to what we saw on the videotape.” Though incidents like these become etched in time, eventually the memory of what we saw fades.

If you are neutral in times of oppression, you have chosen the side of the oppressor ~ Desmond Tutu

The Reality of White Privilege

Tanya McDowell is a black woman nobody knows. She was homeless; the mother of a six-year-old boy. She lied about the school district she lived in so her son could go to a better school. She received a 5-year jail sentence, which came after a plea agreement that included an additional count of larceny and the sale of narcotics. Had she not taken the deal; McDowell would have faced decades in prison. 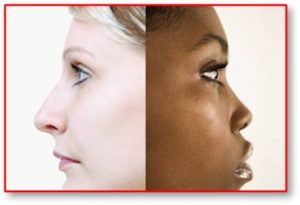 Lori Loughlin is a white woman everyone knows. She is a wealthy actress who wanted her daughters to go to a better school. She and her husband took part in an illegal scheme to get them into USC, a school they did not qualify for under admittance guidelines. By laundering bribes totaling $500,000 through a phony charity, their daughter’s applications were designated, with photos, as recruits to the USC crew team. Neither had ever participated in crew.

As charges mounted; she and her husband faced the likelihood of up to 45 years in prison. They negotiated a deal to serve two and five months respectively, with a $150,000 fine, two years of supervised release and 100 hours of community service.

White people (still me – still white), this is an opportunity to think about the privileges in our lives and the lives of those around us. Let’s turn outrage into a commitment to listen, understand and be agents for change.

A black square on social media does nothing except tell people that you, as a white person, wish to separate yourself from any racist accountability. But we cannot control alt delete ourselves with a social media post.

All lives matter, but right now black lives need our compassion and support because the situation is out of control. Silence in the name of political correctness no longer works.

I don’t have many answers; but as a white person I will examine those privileges, raise awareness, and gain perspective. I want to join a dialog for change; to listen, act with compassion, and make a difference.

Diversity makes us unique. An inclusive society is possible if we lend our voices to constructive dialog, even when its uncomfortable.

Let’s bring the best part of all of us to the peaceful fight for equality.

2 thoughts on “Waking Up to White Privilege”