Last night I had one of those intense, detailed dreams that stays with you after you wake up. In part of the dream I was at a cocktail party and overheard someone saying that he was in favor of term limits. He added that it would be very difficult to pass legislation accomplishing this.

I joined the conversation and immediately noticed that Presidents George W. Bush and Bill Clinton were in the group, along with their wives.

I said that we did not need term-limit legislation to accomplish this goal. All we had to do was eliminate pensions for the Senators, Members of Congress, the Vice President and the President.

The group fell silent but both former presidents grimaced at the thought. Laura Bush hastened to show me the job application she had just filled out so she could make some extra money. (As if) The Presidency already has term limits, of course.

It was an interesting dream. I will never be in a room with two former presidents to make the case, however, so I decided to put it up here.

The Founders never intended for members of the Legislative and Executive branches of government to hold their positions for term after term, making a career in government. They were supposed to spend a few years in service to their country, then return to private life. 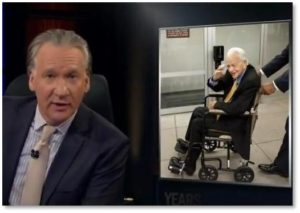 Instead we have men and women who have turned  public service into a career and hold their positions for decades. Bill Maher calls this the “Weekend at Bernie’s” Congress.

For those who haven’t seen it, “Weekend at Bernie’s” was a1989 movie about two young businessmen who are invited to their employer’s beach home, only to find that he has been murdered. Thanks to a complicated series of events involving a corporate embezzlement scheme, the two are forced to convince the world their boss is still alive in this slapstick comedy.

The relevant part of the movie is that the two slackers keep hauling Bernie’s dead body around and dressing him up to make him look like he’s alive. The visual metaphor becomes apparent when you see footage of aides wheeling ancient and decrepit Senators and Congressmen in the Capitol to cast votes when they seem too weak to even raise their arms. The reality is more farce than slapstick.

These lifetime “public servants” pass laws that exclude themselves from the restrictions they put on others and benefit financially from their knowledge and associations. They take advantage of benefits that many Americans can’t afford or don’t have access to. They gerrymander districts to protect themselves from any repercussions in the next election. And, barring unforeseen upheaval, they keep their smug selves in their cushy jobs for life. 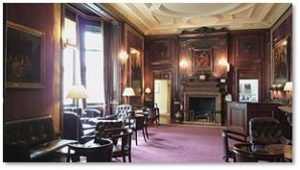 The Members’ Bar at the Savile Club

London has its private gentlemen’s clubs where very wealthy men go to get away from their families, smoke, gamble ,eat, drink and talk amongst themselves. It seems like the United States Congress has become such a club—except that it grudgingly admits a few women.

This pattern holds for both parties. Now we know that the one thing both Democrats and Republicans can agree on is clinging to their jobs for as long as possible. If we made those jobs a little less cushy, the Members of the Club might not be so inclined to hang around so long.

President George Washington set a good example of term limits by leaving office voluntarily after two terms. (The presidency was not limited to two terms until 1951.) Today, few Members of the Club seem inclined to follow that example.

In case you’re curious, here’s the pension structure for the United States Congress.

The Salaries and Bonuses

“As of 2015, the base salary for all rank-and-file members of the U.S. House and Senate is $174,000 per year, plus benefits. Salaries have not been increased since 2009. Compared to private-sector salaries, the salaries of members of Congress is lower than many mid-level executives and managers.”

Aside from the grammatical error in the last sentence, I will point out that many members of Congress would not qualify for jobs as mid-level executives. In addition, many managers, and a lot of other Americans, make far less than $174,000 a year and would think they hit the jackpot if the they got a raise to that amount.

This language is designed to make us believe that they all deserve every penny. 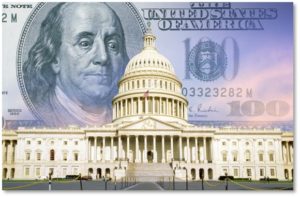 We like to believe that wealthy Representatives and Senators don’t need the money we pay them or that is thrown at them by campaign contributors. That doesn’t stop them from taking it, though. Like London’s men’s clubs, the Capitol is populated by the already rich and privileged.

Maybe our Senators and Representatives wouldn’t care if we cancelled their pensions. Or maybe the lure of private-sector salaries, bonuses and stock options would serve as de facto term limits and shorten their time in Congress.

But private money would have to compete with power, authority, access, and Top Dog status. Would big bucks trump hobnobbing with world leaders? It could be a tossup. But I can dream, can’t I?

1 thought on “Term Limits, Pensions and Weekend at Bernie’s”