Skip to primary content
Although I don’t admit this to many people, Survivor is one of my guilty pleasures. When the show first came out, I put on my Intellectual Snob hat and refused to watch it because I thought it was just dumb people doing stupid things and eating insects on some remote island.But that changed with the Pearl Islands season.

Getting Hooked with the Survivor Bug 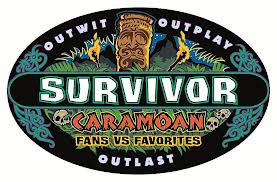 It all started innocently enough. I was working a part-time job from 5:00 to 9:00 PM and got home, very tired, around 9:30. I wanted to watch ER at 10 on CBS so I would just put on the TV while I was getting ready for bed. And Survivor was on and Rupert was doing his thing and I got hooked.  From following the show, I started going online to watch the Ponderosa videos in the weeks when the jury was being selected. Every Friday, I would get chowder and a salad in the cafeteria, go back to my office, and put on headphones so no one would know that for five minutes I was watching the post-Tribal Council Ponderosa video while I ate lunch. I guess that makes me an official fan. While the producers have done Survivor Fans vs. Favorites (the current season in the Caramoan Islands), Heroes vs. Villains, and other combinations that allow them to bring back some of the more popular contestants, the show is really always Smart vs. Stupid.

The Four Phases of Survivor

Why? There are basically four phases of each season:

The Need for Stupid

Thus there is always a need for stupid competitors. These are the men and women who just don’t get it—any of it. They don’t understand the four phases and play the end game early, thus dooming their chances. They don’t know how to get along with others on their team and and oblivious to the part of  Survivor that is social interaction. (Hint: If people don’t like you, they vote you off.)

Some come to the game weak and just get weaker, thus blowing the physical component and never winning an Immunity challenge. And they loaf around camp, depending on others to build the shelter, make fire, fetch water, and go fishing, this making themselves irrelevant, annoying, and easy to vote off.

The current season opened last week with several returning Favorites who do not fit into the Smart category and will spend days and weeks trying to figure out what’s going on. Except for poor Francesca, of course, who became the first contestant ever to be voted off the island first—for the second time. While it’s too early to tell which of the new Fans might fit into this category, I’m sure there are some. And that’s the guilty pleasure. Sometimes the smart people win. Sometimes the stupid people gang up on them. Sometimes people are smart at one thing and stupid at something else. But it’s always smart vs. stupid on Survivor.