Spring is officially here. The sun has crossed the equinox, giving us a day and night of the same length. From here on, the days get longer and the nights get shorter. Those days are also supposed to get warmer as spring turns to summer. 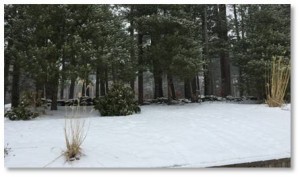 The winter of 2014-2015 is a weather anomaly. As Susanne pointed out in her post this week, Boston has experienced a record snowfall of 108.6 inches—and that total will go up today. Tomorrow is supposed to be colder.

We have not seen a winter this deep since 1995. The unrelenting cold and snow have made it seem longer than it actually has been. December and most of January were pretty mild and dry. The polar vortex didn’t clamp down until January 27 but it’s been with us ever since.

A Leap of Faith

Two weeks ago I took a springtime leap of faith. I signed up to be one of three docents leading a private Dark Side of Boston tour for Boston By Foot. Nearly forty folks from a convention  wanted that feet-on-the-street experience. I must have made this commitment on the one day that it was actually warm and sunny, when I was possessed by a totally unwarranted optimism. The average daytime temperature in March is in the forties, dipping into the thirties at night. That’s brisk but not unmanageable and walking keeps you warm. 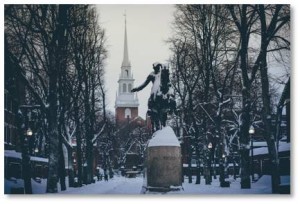 My leap of faith flopped as the polar vortex swept back in. Daytime temperatures were in the thirties, dipping into the teens at night. I also had a head cold. I bundled up with multiple layers, warm socks, boots, thermal gloves, etc. but I worried that my tourees would not be so heavily insulated.

The tour started off well but as I went along I noticed the tourees buttoning up coats, raising collars, pulling down hats and tugging gloves tighter. I tried to keep things moving, not going into as much detail on each stop so we could keep walking. Several times I had to detour away from the path I usually take because it was blocked by snow.

Between the cold outside and the cold in my head, I also started to lose focus. Information that’s usually readily available started to slide away. Names, dates, and details turned sly and tricksy. The more I tried to recall them, the more they hid. I talked faster. No one had any questions. The bad news is that my tour wasn’t as in-depth or as much fun as usual. The good news is that I finished spot on time. Everyone seemed happy at that.

When, oh when, will it warm up? The weather forecasters say we’ll get up into the forties next week and I didn’t see any snow ahead. That’s a good thing. I’m not taking any more leaps of faith, though.