For those who don’t remember or are too young, the latest charge against Supreme Court Nominee Brett Kavanaugh isn’t unique. We have been down this road before. It ended differently, but the country was also a very different place back then.

In 1991, 27 years ago, Clarence Thomas was nominated to the Supreme Court by President George H. W. Bush to succeed retiring Justice Thurgood Marshall. Judge Thomas had supervised attorney Anita F. Hill at the U.S. Dept. of Education and the Equal Employment Opportunity Commission. During the hearings on Judge Thomas, Ms. Hill was interviewed by the FBI and accused Judge Thomas of sexual harassment. 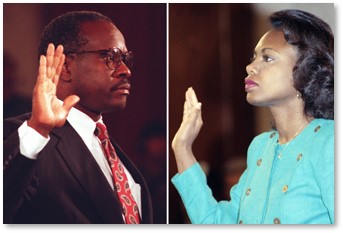 Back then, before the #MeToo movement, before Harvey Weinstein, before Bill Cosby and a passel of other male predators, before Lean In, before women held many positions of power or authority, the country was run unapologetically by men for men. Shaming and disgracing the woman was a tried-and-true method of protecting powerful men accused of sexual harassment and rape. A form of psychological terrorism, it happened all the time. The example of one woman humiliated and reviled prevented other women from speaking up. No one would believe them and their lives would be ruined for nothing.

Judge Thomas’s Republican supporters pulled out all the stops to discredit Ms. Hill and they did such a good job of it that he has occupied a seat on the Supreme Court for nearly three decades and many people in the country still believe she made up the accusation.

David Brock and His Book of Lies

A GOP operative named David Brock led the charge. He wrote a book filled with lies and slander called, “The Real Anita Hill.” Mr. Brock also invented a scurrilous and disgusting tagline (which I will not repeat here) that made it sound like Ms. Hill was crazy and invited any harassment that might come her way.

After years of experience with Republican dirty tricks and a great deal more maturity, Mr. Brock wrote “Blinded by the Right: The Conscience of an Ex-Conservative,” a book in which he admits that he made up the so-called facts in “The Real Anita Hill” because it was all a game to him. Not until much later did he realize that he had contributed significantly to ruining a real human being’s name and reputation. He called his own work “character assassination” and apologized to Ms. Hill.

(If you lean to the right and are sputtering to contradict this paragraph, please read “Blinded by the Right” before commenting. I dare you.)

The televised hearings of the Senate Judiciary Committee turned into a bi-partisan pig-pile of misogyny in which:

Senator Biden has said he owes Ms. Hill an apology for his treatment of her during the hearings. Which is not the same as actually apologizing, is it?

Has the Atmosphere Changed?

Has the decade of #MeToo and women finally being believed changed this shame-the-woman strategy ?

More than once I have said that, in our #MeToo state of awareness, I don’t think Clarence Thomas would have been confirmed or Bill Clinton elected President. Was I wrong?

Today, Donald Trump Jr. predictably came out with a fake note purporting to be from Mr. Kavanaugh to his accuser, Christine Ford, asking if she would be his girlfriend.

These first blows in a campaign to discredit Ms. Blasey Ford lead me to a few questions: 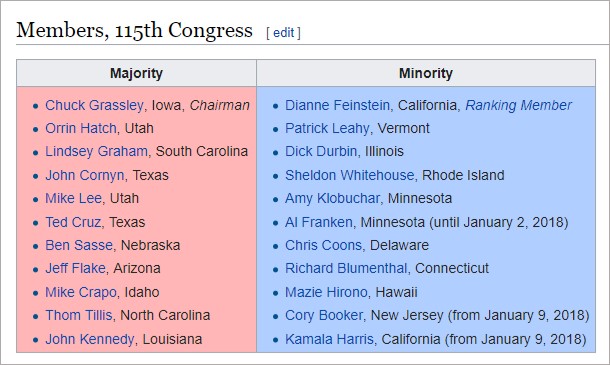 We will find out—eventually. Chairman Chuck Grassley has postponed this week’s vote and hearings will resume next week. Two of the same senators who badgered Anita Hill will be questioning Ms. Blasey Ford: Chairman Grassley, and Orrin Hatch. The Senate Judiciary Committee is still all male on the Republican side.

Can Anything Stop the Kavanaugh Train?

In the meantime, I have to wonder whether anything can stop the Kavanaugh train from barreling its way into the Supreme Court, even the charges of perjury and attempted rape laid against a man who is supposed to rule on the laws of the land.

The stain of what Joe Biden did and what he said in the Anita Hill hearings still tars him to this day. Will another powerful Senator leave this experience with the same stain? If so, who will it be?