You have seen the pictures on Facebook of jobs that were done so badly they are worthy of notice. Some of them are puzzling, some are appalling, some are grotesque, and many are laugh-out-loud funny.  You think how could anyone do this?  How could any employee, no matter how untrained, disaffected, spaced out, or angry do something so stupid?  Did his or her supervisor not notice? How could an error that defies common sense be accepted and approved? 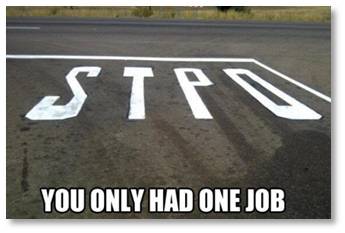 Well someone certainly noticed and that’s the person who took the picture and sent it to the You Had One Job website. Five minutes spent on that site will convince you that one of several things must be true of American workers:

The reality, of course, is that all of these are probably true to varying degrees and more so for some jobs than for others.  Give a human being with a brain some job that is mind-numbingly boring, repetitive, or unpleasant and one or more of the above factors will come into play. The younger the worker, the greater the likelihood that several of them will be in evidence. I get that.

While chuckling over some of these pictures, I thought about some of the mind numbingly boring jobs that I have done—mostly when I was much younger.  They’re the jobs that teach you to pay attention in class because you don’t want to be doing anything remotely like that for the rest of your life.

One of these was a co-op job during my senior year at Northeastern University. A group of seniors was working at an insurance company in downtown Boston and our assigned task was to code automobile insurance forms. That meant looking at the form and deciding what category it fit in, then marking the paper with the proper code. 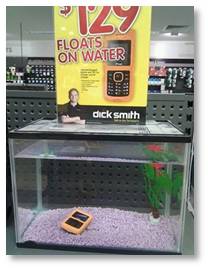 First, they put the 15 of us to work in a conference room. This is a bad idea on the face of it. No one who knows anything about college students would isolate a group of them in a conference room without adult supervision present. Next, they gave us stacks of these incredibly detailed, incredibly boring forms to review and mark up.  That’s it. All day, every day. One form after another.  I feel a yawn coming on just thinking about it.

Being young and in school, what did our best to lighten up the working environment for one another. We told stories and jokes. We traded gossip. We played word games and Hangman. We sang songs. We cracked up and fell on the floor when one of the permanent workers pronounced Peugeot “Puggy-ot.” (Well, come on. That is funny. You’re laughing right now. Admit it.)  And we did a stupendously bad job of coding those forms.

To improve our accuracy rate, the supervisor broke us up into teams of two and had one kid check the other kid’s forms. This did work to some degree. But oddly enough, I was really terrible at marking up my roommate’s forms and Alice was equally bad at checking over mine.  Somehow we—and they—made it through the one semester we had to do this job before graduation. I’m sure the company was as happy to see us go as we were to walk out the door. I’m also sure that this job is now done by computers and they are welcome to it.  Computers are not susceptible to boredom and they do not swap gossip to relieve it so they would certainly do a better job.

Machines make mistakes too, of course. That carton of soda cans might have the wrong wrapper on it because the packaging machine simply continued using the roll of plastic until it was gone regardless of what brand of soda was marching down the conveyor belt. The can with one label gets shunted onto a line that fills it with something else. It happens.

Boredom is just not conducive to good work. Maybe some of the pictures show a supermarket version of lightening up the workplace:  “Let’s put a ‘Perfect for Chanukah’ sticker on that ham” or “Let’s mark up that cabbage like it’s watermelon.”  Maybe if some of these workers were given more challenging jobs to do, they would be more engaged, more dedicated, and more likely to do well. People usually perform up to expectations: they work better when they know that the company trusts them to do so.

Up the Down Staircase

The ones I don’t understand are the construction errors.  Construction workers are not typically high school kids on a seasonal, minimum wage job. This is what they do for a living and they have probably been doing it for many years. Anyone working on these projects must have worked with a blueprint or possess at least a basic sense of direction: Up is that way, Down is the other way. Right is that side, Left is the other side. Construction workers also typically have a supervisor and, presumably, this adult can point out that you don’t put a window in front of a concrete wall, a handrail across a door, or the Down handrail on the Up side of the staircase.  I may be wrong, though. Just look at the evidence.

Finally, I have to call out @YouHadOneJOB for its use of the word “fail.”  Fail is a perfectly good word when it’s a verb. “I fail. You fail. He fails.” In the noun form the correct word is “failure.” Now I’m aware that recently the popular usage changed although I’m not sure why. I noticed when “fail” began replacing “failure” as a noun, particularly in the phrase, “epic fail.” Was this done to save three letters in texting? Does some celebrity say it?  Was it because no one paid attention in English class? Did it come from a TV show that I don’t watch? Was it because I stopped watching Saturday Night Live? Or did it somehow just become the cool thing to say?  I don’t care: it’s wrong.

Failure. There, I said it.

You get the picture.