Americans have been growing fatter and fatter for decades. Europeans who visit this country are gobsmacked by the size of the Americans they see. Obese people are everywhere around us. We probably have fat people as our friends, co-workers, family, and neighbors. Fat people are us. 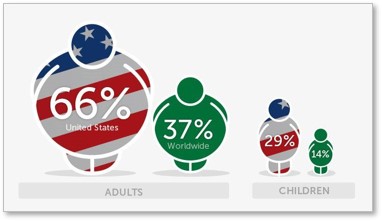 So many Americans have succumbed to obesity that fat is the new normal. No one is ashamed to walk around with jiggling bellies and butts, arms the size of hams, and thighs the size of kegs. They have no necks at all, just rolls of flesh. Women wear slides because their feet are too fat to fit into shoes. Men use their stomachs like shelves.

We aren’t supposed to notice; that’s impolite. Judging anyone is beyond rude. We are not allowed to comment because that’s “fat shaming.” How did we get here?

We Are What We Eat

World War II followed with its ration books, restricted diets, and recipes for cooking meals without the hard-to-get foods. In the fifties, America began recovering from decades of inadequate food and poor nutrition. We ate sensibly but not indulgently. TV dinners became the rage but people were still thin.

By the sixties, we were beginning to grow in size and drop in fitness. That’s why President Kennedy started his Physical Fitness Program to whip us back into shape. Little did he know that much worse loomed on the horizon.

Why Americans are Obese 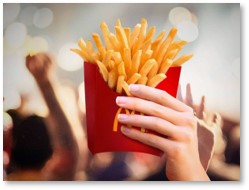 I have written about some of these culprits in previous blog posts. For me, the Big Four behind our Big Population are Sugar, High Fructose Corn Syrup, Aspartame, and Processed Foods. 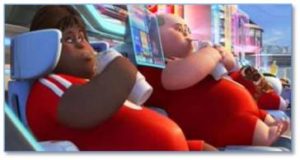 Since the Big Four have been introduced into the American food supply, approved by the FDA, added where you don’t expect them, hidden by deceptive labeling, and promoted by advertising, obesity rates have shot up.

One of these days I will find the time to map the increase in obesity to the introduction of HFCS and aspartame in our national diet. I’m sure they will track closely.

I have been reminded recently of the insidious way in which the new normal has crept up on us.

Clothing used to be sold in three sizes: Small, Medium, and Large. Women’s clothing also had a Petite size. The American population has outgrown these restrictive sizes, however. The clothing industry responded by expanding and large end. The result? You can now (and probably do) buy clothes that are XL, XXL and XXXL. It’s like wearing the SuperBowl. 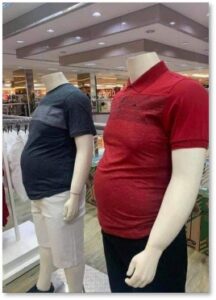 I read an article on women’s underwear in the New York Times, which quotes a woman as saying, “It’s amazing to take a pair of 3XL underwear out of the package and breathe a sigh of relief knowing it’s going to fit me.” Think about that: 3XL.

IF you’re going to make clothes that big, you can’t display their full impact on a normal-size mannequin. Therefore, the industry, ever alert to new profit opportunities, has created fat mannequins. The shirts drape nicely over a large gut, thus demonstrating what they will look like over your big belly. This is obesity as the new normal on display.

Also true: we don’t get enough exercise, go outside enough, or get away from our screens. American men worship sports figures who perform amazing physical feats while they sit and watch TV, stuffing their faces. These couch potatoes couldn’t finish a single workout alongside their favorite sports figures. Many couldn’t even walk the length of a football field without gasping for breath.

Women read magazines that feature gloppy desserts on the cover but have articles on how to lose weight inside. Or the magazines put a weight-loss picture on the cover and the recipes for dessert inside. Some of them alternate. Fat-Thin, Thin-Fat. Over and over, month after month.

But I Have a Condition

But wait, you say, I have a thyroid problem, a chromosomal condition, a slow metabolism. It’s hereditary. I believe you. I have a hypothyroid condition that slows my metabolism, too. Yet I have been the same size for decades. Yes, age and the pandemic lockdown added some inches to my waistline but not enough to jump me up a size. 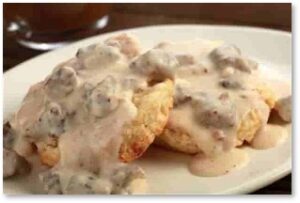 If you are obese. chances are pretty good that you grew up in a house where fattening foods were the norm, where Mom made buttermilk biscuits and cream gravy for breakfast, where you consumed gallons of soda, where French fries were the only vegetable, and where the dog was obese, too.

Some women use their weight as a disguise, hiding inside it and using it to protect them from ever being raped or abused again.

None of those reasons changes the fact that so many people are so morbidly obese that it has become the national condition. To find out what condition our condition is in, just look around you.

If you are reacting negatively to this post, condemning me for being all judge-y, accusing me of fat shaming, you are missing the point. In fact, I’m not pointing at you.  I’m making a point about the entire country.

Obesity isn’t just an esthetic problem, it’s a health problem. Too many Americans have eaten their way into an unhealthy state. We have seen the consequences of this during the pandemic, when more overweight people died from Covid-19 than others did.

An American State of Denial 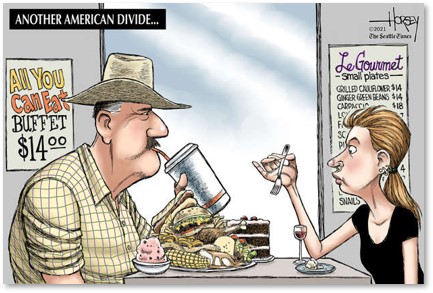 It’s a national problem; one that deserves a national approach to fixing it. Instead of recognizing the problem, however, we as a country have decided to normalize it. I’d say we’re sticking our heads in the sand except that many people can’t bend over that far.

I understand that denying rather than addressing the problem is easier, faster, and cheaper. It means that politicians don’t have to do anything about it. And it allows the corporations that profit from our growing obesity to continue raking in the big bucks.

But it will not end well. Not for individuals and not for the country as a whole.